Abbott, a Republican who is opposed to gun restrictions, called on lawmakers to establish committees to recommend measures his office and the legislature could take to prevent mass gun violence in schools.

Abbott made his proposal in a letter to fellow Republicans Lieutenant Governor Dan Patrick and state House Speaker Dade Phelan eight days after an 18-year-old gunman walked into a fourth-grade classroom of Robb Elementary School in Uvalde, Texas, 80 miles west of San Antonio, and opened fire with an AR-15 style semiautomatic rifle.

The attack was the deadliest U.S. school shooting in a decade. It ended when officers who had waited nearly an hour to storm the classroom – even as children hiding inside repeatedly called emergency-911 pleading for help – finally charged in and shot the gunman dead.

Authorities have said there was no armed police presence to halt the gunman when he first arrived, easily scaled a fence and entered the school through an unlocked rear door. The shooter had legally purchased the murder weapon on his 18th birthday and later bought a second rifle and hundreds of rounds of ammunition.

“We as a state must reassess the twin issues of school safety and mass violence. As leaders, we must come together at this time to provide solutions to protect all Texans,” Abbott wrote, asking lawmakers to also consider issues of social media and firearms safety.

Abbott, who is seeking re-election in November, has said that stringent gun laws are not effective barriers to violence and that policymakers should instead focus on increasing access to mental health care.

In response to Abbott’s letter, state Representative Chris Turner, a Democrat, posted on Twitter a list of gun control measures proposed following a 2019 shooting rampage that killed 23 people at a Walmart store in El Paso.

“Looking for solutions? Here are some proposed to you in 2019 following El Paso mass shooting,” he wrote. “We never heard back.”

Abbott’s request coincided with the day of a funeral for Irma Garcia, one of two teachers slain at Robb Elementary on May 24, and her husband Joe, who died of a heart attack two days later.

Separately on Wednesday, the superintendent of Uvalde’s school district, Hal Harell, said students and staff will not return to Robb Elementary for the new academic year in the fall, but he left unclear whether the campus would ever reopen.

After the 2012 mass shooting at Sandy Hook Elementary School in Connecticut, where 26 people including 20 first-graders perished, the school building was demolished and a new $50 million school was built on the same site under the old name.

Likewise, a new, $25 million building was erected on the campus of Marjory Stoneman Douglas High School in Parkland, Florida, where a gunman killed 14 students and three staff members in 2018. The classroom building where the shooting took place was closed but still stands.

The U.S. Justice Department on Sunday said it would review law enforcement’s response to the shooting, as anger grows over the failure of police to more swiftly and forcefully confront the gunman. The state of Texas and county authorities say they are also conducting their own inquiry.

The Texas Department of Public Safety (DPS), through a spokesperson, said on Tuesday that Pete Arredondo, the Uvalde school district police chief who acted as on-scene commander during the shooting, had “yet to respond to a request for a follow-up interview made a couple of days ago.”

In a CNN interview on Wednesday, Arredondo disputed suggestions that he was not cooperating with investigators. “We have been in contact with the DPS every day, just so you know,” he said.

(Reporting by Brendan O’Brien in Chicago; Additional reporting by Rich McKay in Atlanta and Steve Gorman in Los Angeles; Editing by Mark Porter and Grant McCool) 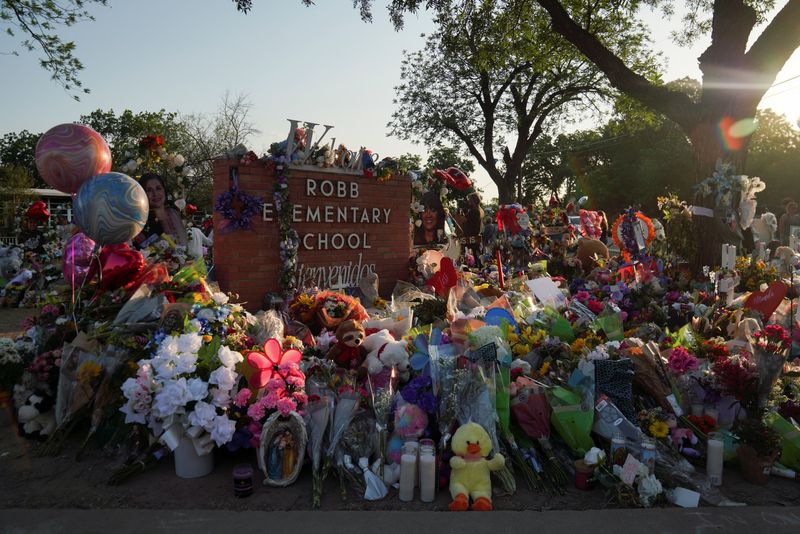 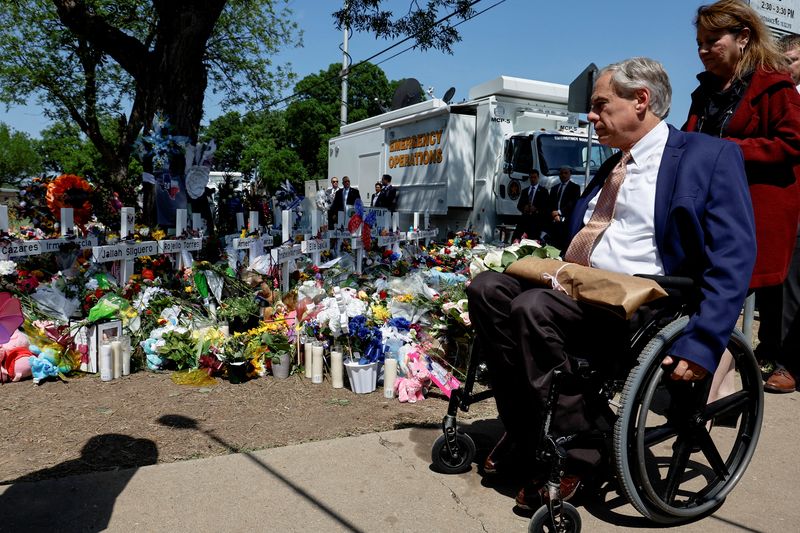