He reminded them that dismissal of Tsarist-era debt had been a key manifesto of the failed uprising in 1905. More than a century later, Russia stands on the brink of another default but this time there was no warning.

Few expected the Kremlin’s invasion of Ukraine to elicit such a ferocious response from the West, which has all but severed Russia from global financial and payment systems.

These are Russia’s major debt events over the past century:

Just before the 1917 revolution, Russia was the world’s largest net international debtor, having borrowed heavily to finance industrialisation and railways.

But seeing the Tsarist industrialisation drive as failing the working class, the Bolsheviks repudiated all foreign debt.

“They said ‘we are not paying and even if we could, we wouldn’t pay.’ And that was a political statement,” said Hassan Malik, senior sovereign analyst at Loomis Sayles and the author of the book “Bankers and Bolsheviks: International Finance and the Russian Revolution”.

“Investors didn’t take it seriously because they thought it would be so self-harmful,” Malik said, estimating the debt to be worth at least $500 billion at 2020 prices and possibly more.

It took until the mid-1980s for Moscow to recognise some of that debt.

Following the break-up of the USSR in 1991, Russia stopped servicing part of the overseas debt it inherited from former Soviet states.

Andrey Vavilov, Russia’s deputy finance minister between 1994 and 1997, said the Russian Federation held around $105 billion in Soviet-era debt at the end of 1992, with its own debt amounting to $2.8 billion.

For accepting the inherited debt, the Paris Club recognised Russia as a creditor nation, Vavilov wrote in his book “The Russian Public Debt and Financial Meltdowns”. And as Russia agreed with the group of nations to restructure $28 billion in debt in 1996, it was allowed to shift major Soviet-era debt payments to the next decade.

But with a financial crisis around the corner, it would take until 2017 to clear the Communist-era arrears.

By 1997, crashing oil prices slashed Russian export revenues. External debt, which stood near 50% of GDP in 1995, had swelled by 1998 to 77%, according to Vavilov, who blamed hefty IMF/World Bank loans for contributing to the pile.

Russia raised very little tax revenue and relied on short-term Treasury bills known as GKO to cover expenditure. But it found it harder and harder to roll these over and was soon spending ever-increasing amounts to defend the rouble.

“The more the government insisted that it would stand by the currency and repay its debts, the more investors concluded it was time to sell,” said Chris Miller in his book “Putinomics: Power and Money in Resurgent Russia”.

A month before the default, the IMF put together a $22.6 billion aid package, but “the market was expecting the announcement of an additional $20 billion,” Martin Gilman, the IMF representative in Moscow at the time, wrote in his book “No Precedent, No Plan: Inside Russia’s 1998 Default”.

On Aug. 17, 1998, Russia threw in the towel, devaluing the rouble, announcing it could no longer pay rouble debt and introducing a three-month moratorium on some external debt.

Russian banks that had invested heavily in T-bills and had extensive foreign currency exposure soon went under.

Through dire financial straits in 1998, Moscow made sure to continue Eurobond payments. Now it has plenty of cash but may not dodge default.

To sidestep sanctions, the Kremlin is suggesting foreign creditors open Russian bank accounts to receive payments in alternative currencies to the dollar.

Non-U.S. investors can in theory agree, but U.S. bondholders cannot, after a U.S. Treasury licence allowing them to accept Russian payments expired in May.

Miller, author of “Putinomics”, said Russia would fight tooth and nail to dodge a Eurobond default.

“The officials on the central bank and the finance ministry have built their careers on restabilising Russia as a creditor that can be trusted in international markets,” he said.

“It’s built into their identity to make sure a default doesn’t happen again.”

(Reporting by Jorgelina do Rosario, editing by Sujata Rao and Nick Macfie) 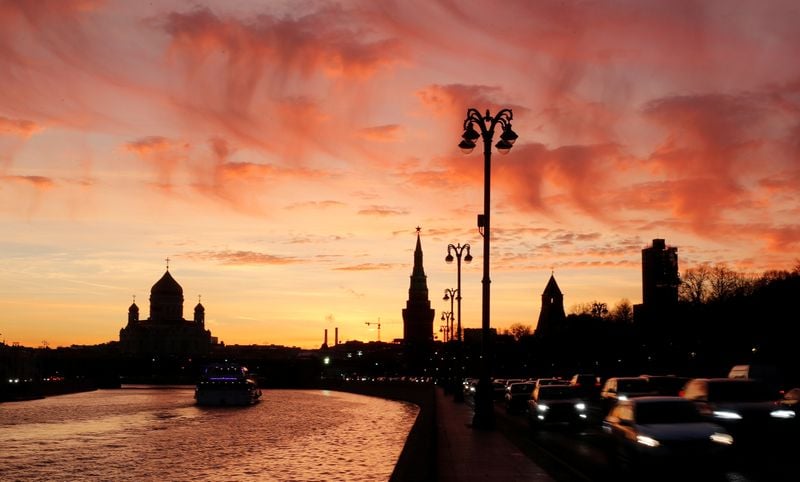