WASHINGTON – U.S. job openings fell in April, but remained at significantly high levels, suggesting that wages would continue to rise as companies scramble for workers, and contribute to inflation staying uncomfortably high for a while.

The Job Openings and Labor Turnover Survey, or JOLTS report, from the Labor Department on Wednesday also showed layoffs at a record low, underscoring the jobs market tightness. The Federal Reserve, fighting to push inflation down to its 2% target, is trying to bring demand and supply of labor back into alignment without driving the unemployment rate too high.

So far, there are few signs that the U.S. central bank’s aggressive monetary policy stance is cooling demand in the overall economy. Activity at factories picked up in May as demand for goods remained strong, other data showed. The reports further allayed fears of an imminent recession, fanned by rising interest rates and tightening financial conditions.

Job openings, a measure of labor demand, declined by 455,000 to 11.4 million on the last day of April. Data for March was revised higher to show a record 11.855 million vacancies instead of the previously reported 11.5 million. April’s job openings were in line with economists’ expectations.

Vacancies in the health care and social assistance industry fell by 266,000. There were 162,000 fewer job openings in the retail sector, while open positions in the accommodation and food services industry decreased by 113,000.

But the transportation, warehousing and utilities sector had an additional 97,000 unfilled jobs. Job openings increased by 67,000 in nondurable goods manufacturing, while makers of long-lasting goods had 53,000 more vacancies.

Fed Chair Jerome Powell last month described job openings as “extraordinarily high,” and said “there’s a path by which we would be able to have demand moderate in the labor market and therefore have vacancies come down without unemployment going up.” The jobless rate held at a two-year low of 3.6% in April.

The Fed has raised its policy interest rate by 75 basis points since March. It is expected to hike the overnight rate by half a percentage point at both its June and July meetings.

Labor market tightness was corroborated by the Fed’s Beige Book report on Wednesday, though signs are emerging of some loosening. It said one district reported a slowdown in the pace of job growth and “some firms in most of the coastal districts noted hiring freezes or other signs that market tightness had begun to ease.”

In April, there were 1.92 job openings per every unemployed person, down from 2.0 in March. Economists said it was possible that companies were posting jobs on multiple sites, as well as keeping the listings up even when the position had been filed.

Hiring fell by 59,000 to 6.586 million. That left the hires rate unchanged at 4.4%. There were 73% more job openings than hires. Even accounting for the unemployed who want to work but are not looking for a job, the gap between available jobs and available workers remains large. The job-workers gap fell to a still high 3.3% of the labor force from 3.6% in March.

“The gap remains near its highest level in postwar U.S. history, suggesting that wage growth will remain firm until further improvements in labor supply and normalization of job openings bring the labor market back into balance,” economists at Goldman Sachs wrote in a note.

Stocks on Wall Street were lower. The dollar rose against a basket of currencies. U.S. Treasury prices fell.

In a third report, the Institute for Supply Management said that its index of national factory activity rebounded to a reading of 56.1 last month from 55.4 in April. A reading above 50 indicates expansion in manufacturing, which accounts for 12% of the U.S. economy.

The survey followed a report last Friday showing consumer spending increasing strongly in April. The nation has been gripped by fears of an economic downturn because of the Fed’s rate hikes, rising Treasury yields and plunging equity prices.

Demand for goods remains resilient even as spending is shifting back to services like travel and dining out. Goods spending surged as the COVID-19 pandemic restricted movement.

All of the six biggest manufacturing industries including machinery and transportation equipment reported moderate-to-strong growth. Manufacturing remains constrained by snarled supply chains, which have been further entangled by Russia’s unprovoked war against Ukraine and new shutdowns in China as part of Beijing’s zero COVID-19 policy.

Makers of transportation equipment said the semiconductors shortage was “worsening due to Chinese COVID-19 lockdowns.” Miscellaneous goods manufacturers reported that “supply chain issues are causing us to dramatically extend our lead times.”

“Between supply chain disruptions and still strong demand inflationary pressures can only remain,” said Isfar Munir, an economist at Citigroup in New York. 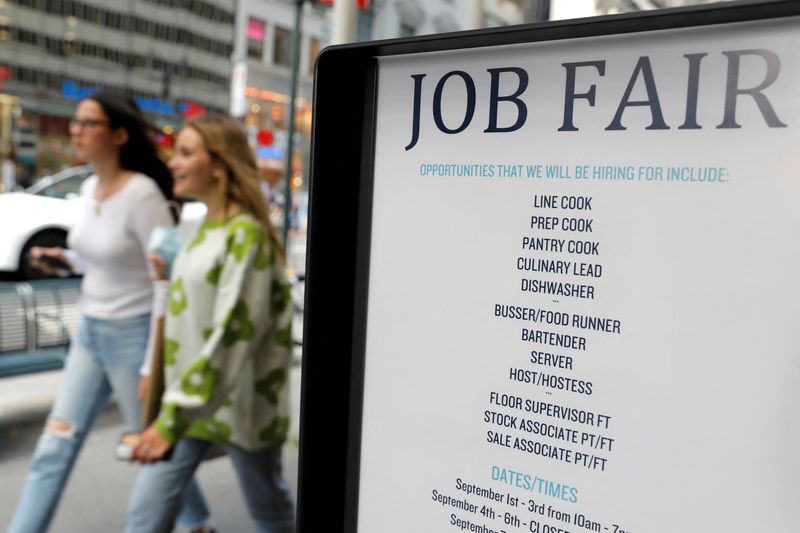