ORLANDO, Fla. – U.S. Treasury Secretary Janet Yellen this week issued a ‘mea culpa’ on getting it wrong on inflation. If the economy tips into recession in the next year or two, the Federal Reserve may have to follow up with one on the yield curve.

The 10-year U.S. Treasury yield falling below the two-year yield – the most closely-watched yield curve ‘inversion’ – is the reliable indicator that has preceded every recession in the past four decades.

A stream of Fed communication this year though – from economists’ papers to public comments from policymakers, including Chair Jerome Powell – sought to downplay its predictive power in the current economic and market environment.

The curve inverted very slightly and briefly for a few days in late March and early April for the first time since 2019. Then, the risk of recession over the next year appeared improbable, and still low over a 24-month horizon.

But things look different now. The Fed’s repeated pledge to do whatever it takes to snuff out the highest inflation in 40 years, and subsequent repricing across markets of higher borrowing costs, have tightened financial conditions dramatically and slammed asset prices.

The economic dial has also shifted. Consumer confidence has slumped to levels typically associated with recession, the housing market is beginning to roll over, and a Reuters poll of economists in May put a 25% chance of recession within a year and a 40% probability of one within two years.

Recession by the end of next year is now the base case outlook for Deutsche Bank, and Wells Fargo economists expect recession this year. JP Morgan chief Jamie Dimon on Wednesday said he no longer sees economic “storm clouds” on the horizon – “it’s a hurricane.”

This looming slowdown is being reflected in Fed expectations implied by Secured Overnight Financing Rates (SOFR). Traders are now pricing in a 25-basis point rate cut in the second half of next year.

It remains to be seen if these fears will be borne out by events. But the direction of travel seems clear.

The brief 2s/10s curve inversion could yet again turn out to be prescient if, as seems likely, the Fed takes monetary policy into restrictive territory in order to quell inflation.

“It is only one metric, but I wouldn’t dismiss it,” said Elia Lattuga, cross asset strategist at Unicredit. “Judging from market pricing and recent moves, avoiding recession is (now) the optimistic case.”

‘SORRY’ IS THE HARDEST WORD

In March, Fed Chair Powell downplayed the importance of the 2s/10s curve inverting, saying it was “hard to have some economic theory on why that would make sense.” Instead, the spread between the three-month bill rate and implied three-month rate in 18 months had “100% of the explanatory power of the yield curve.”

In a March update to a 2018 paper, Fed researchers also said the rates curve over the next 18 months was a “much more precise” recession indicator, and the predictive power of the two-year/10-year spread is “probably spurious”.

Then, the 2s/10s curve was heading for inversion but the three-month/18-month curve was steepening. So was the spread between three-month and 10-year rates, the part of the curve another 2018 Fed paper found to be the most reliable predictor of recessions.

Authors Michael D. Bauer and Thomas M. Mertens revisited the subject last month, and found that recession probabilities for the next year based on the three-month/10-year spread remain low.

This part of the curve is positively sloping by around 180 basis points. Inversion is some way off.

Based on this spread, Unicredit’s Lattuga notes that the probability of recession over the next 12 months is very low, below 5%. But based on the 2s/10s spread it rises to more than a 40% chance. Conflicting signals again.

Because the three-month bill rate is closely anchored to the Fed’s policy rate, currently 0.75-1.00%, the tightening cycle needs to be well underway before recession risks are flagged by an inversion of the three-month/10-year part of the curve.

If recession does strike this year or next, would Powell follow Yellen’s example and hold his hands up on the yield curve? Phil Suttle, founder of consultancy Suttle Economics in Washington, thinks a dose of humility can only be a good thing.

“I wish this trait to admit errors was more prevalent, especially among monetary policy makers. It would be helpful in re-establishing discipline, and perspective, to what policy can and can’t do,” he wrote on Wednesday. 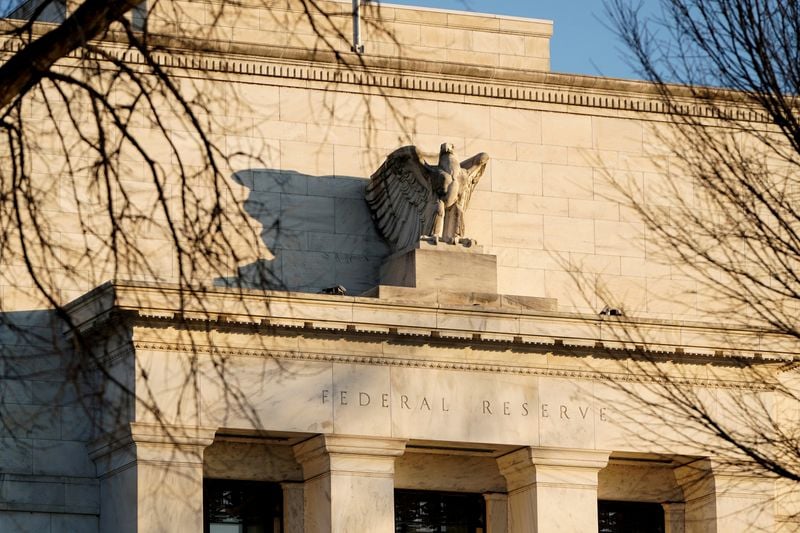