(Reuters) -The Federal Reserve is likely to continue tightening monetary policy beyond the half percentage point interest rate hikes expected at each of its next two meetings, two policymakers signaled on Thursday, with the only question being how much.

“Market pricing for 50 basis points potentially in June and July, from the data we have in hand today, seems like a reasonable path,” Fed Vice Chair Lael Brainard told CNBC.

By September, she said, “if we don’t see the kind of deceleration in monthly inflation prints, if we don’t see some of that really hot demand starting to cool a little bit, then it might well be appropriate to have another meeting where we proceed at the same pace.”

But even if price pressures are starting to abate, the Fed will still likely raise rates, just by a smaller amount, she signaled. “Right now it’s very hard to see the case for a pause,” she told CNBC, noting there is “a lot of work to do” to get inflation, running at a 40-year-high, down to the Fed’s 2% target.

Atlanta Fed President Raphael Bostic has suggested that by September the Fed ought to pause to assess the state of the economy before tightening policy further.

Brainard’s remarks suggest that’s not the view of the core Fed leadership.

Traders of interest rate futures are currently pricing in better than even odds of a year-end Fed’s policy rate in the range of 2.75%-3%, a full two percentage points higher than it is today.

Speaking to the Philadelphia Council for Business Economics, Cleveland Fed President Loretta Mester called for Fed “fortitude” in the face of what could be volatile markets, slowing growth and even a rise in unemployment as the central bank ratchets rates higher to fight “unacceptably high” inflation.

To Mester, the Fed needs to get rates to 2.5% as quickly as practical, she said Thursday, and then likely even higher.

“I will be reluctant to declare victory too soon,” she said, of high inflation. 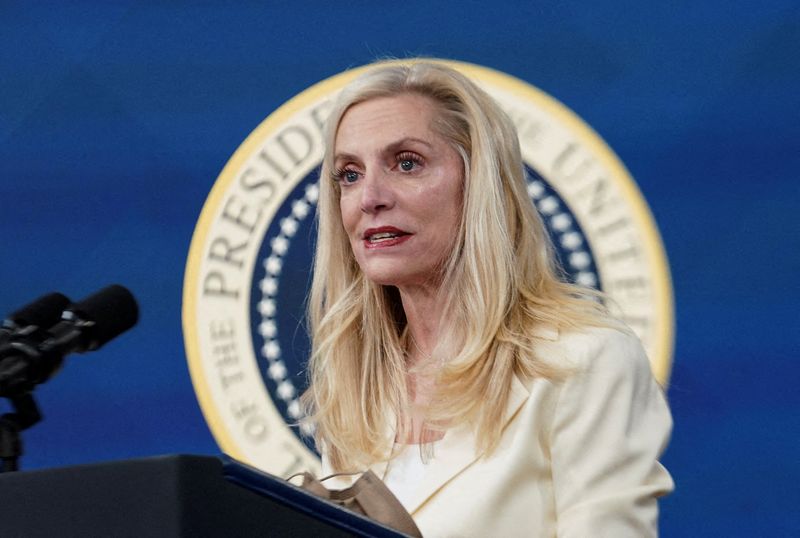