(Reuters) – The Federal Reserve needs to raise rates by a half-of-a-percentage point at each of its next two meetings, and then assess if inflation has moderated enough to slow the pace of rate hikes or if it needs to jack them up further, Cleveland Federal Reserve Bank President Loretta Mester said on Thursday.

And while that process could be “painful” for households and businesses, she said, it would be worse to allow inflation – now running at a 40-year high and more than three times the Fed’s 2% goal – to continue to sap buying power and undermine economic momentum.

“Financial markets could remain very volatile as financial conditions tighten further; growth could slow somewhat more than expected for a couple of quarters; and the unemployment rate could temporarily move above estimates of its longer-run level,” Mester said in remarks prepared for delivery to the Philadelphia Council for Business Economics. “This will be painful but so is high inflation.”

Fed policymakers this year have lifted the policy rate to a range of 0.75%-1%, and starting this month to trim its nearly $9 trillion balance sheet to put further upward pressure on borrowing costs.

Most Fed policymakers, like Mester, back raising rates another full percentage point over the next two Fed meetings, in June and July.

The outlook for September and beyond is less certain, and at least one policymaker, Atlanta Fed President Raphael Bostic, has said he could see pausing policy tightening at that point to take stock of the economy and not overshoot.

Mester’s remarks and those of Vice Chair Lael Brainard earlier Thursday suggest, however, that the choice will more likely be around the pace of rate hikes, and not whether to continue them or not.

Indeed, critics say the central bank has moved too slowly and warn that steeper rate hikes will be needed to slow price pressures, likely throwing the U.S. economy into a recession.

Mester said she did not see the current situation as requiring the Fed to sacrifice a strong labor market for the sake of bringing down inflation.

But she did make it clear that she takes recent surveys showing rising inflation expectations as a serious concern, and she is not convinced that inflation has peaked.

“The risk of recession has risen, but because underlying aggregate demand momentum and the demand for labor are so strong, a good case can still be made that as demand and supply come into better balance, a sharp slowdown can be avoided, with growth slowing to a trend pace this year, labor market conditions remaining healthy, and inflation moving down to a 4‑1/2 to 5‑1/2 percent range this year and declining further next year,” Mester said. 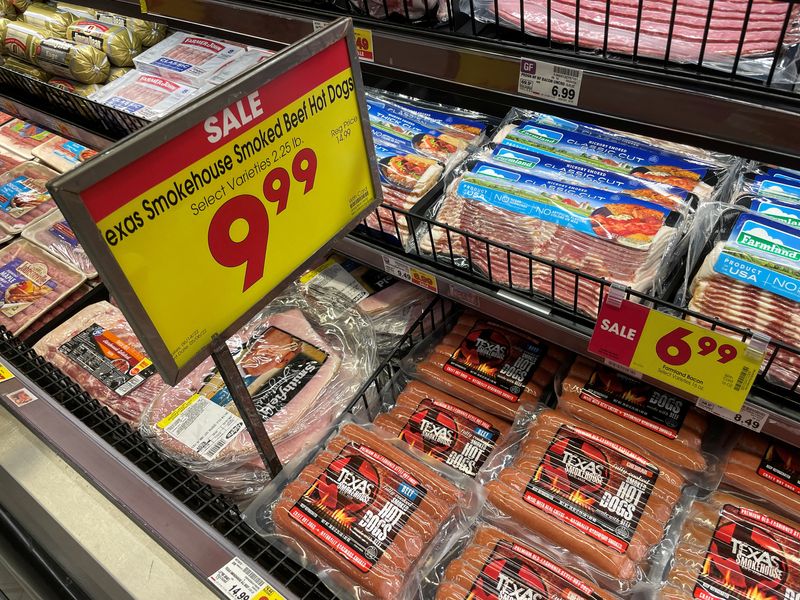