(Reuters) – The Florida Supreme Court on Thursday declined to block the state’s new congressional map drawn by Governor Ron DeSantis’ administration, likely ensuring the plan will remain in effect for November’s midterm elections and giving Republicans a boost in their quest to win control of Congress.

The plan has been challenged by several voting and civil rights groups as unlawful because it dismantles a majority-Black district in north Florida held by Democratic U.S. Representative Al Lawson.

The groups have also argued that the map violates state constitutional provisions intended to prevent partisan gerrymandering, in which district lines are manipulated to benefit a political party.

The new map gives Republicans the advantage in 20 of the state’s 28 congressional districts, four more seats than the party currently occupies.

In a surprise move, DeSantis created his own map, vetoed two less aggressive maps that the Republican-controlled legislature passed and called lawmakers into a special session to vote on his proposal.

The governor has argued that Lawson’s district, which connects Black communities some 200 miles (320 km) apart, is a racial gerrymander that violates federal law.

Republicans need to flip five Democratic seats in the U.S. House of Representatives to win a majority, which would allow them to stymie much of Democratic President Joe Biden’s agenda. Overall, Republicans have gained approximately three seats nationally solely due to redistricting, according to the Cook Political Report.

A state judge issued a temporary injunction blocking the plan last month, finding that it illegally diminished Black voters’ ability to elect a representative of their choice. But an appeals court overruled him, and the Florida Supreme Court said on Thursday it would not intervene at this time. 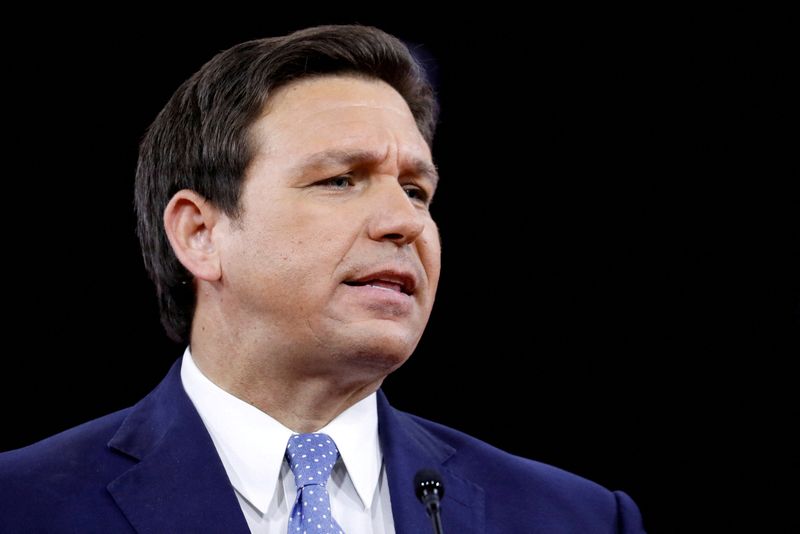