By Ben Klayman and David Shepardson

DETROIT/WASHINGTON -Ford Motor Co on Thursday said it will invest $3.7 billion in assembly plants in Michigan, Ohio and Missouri for production of both electric and gasoline-powered vehicles.

Ford, whose shares were up 2.4% in afternoon trading, said $2.3 billion of the total investment will be spent on EVs, part of the $50 billion in EV spending through 2026 it had previously outlined.

Ford officials said the company will receive incentive packages of about $150 million and about $200 million from Michigan and Ohio, respectively.

As part of the investments, the Michigan-based automaker said it will add more than 6,200 hourly jobs and convert 3,000 temporary workers into full-time employees who will receive healthcare benefits and higher pay. It also will add a new electric commercial vehicle to its lineup mid-decade.

Ford in March said it was boosting its spending on EVs to $50 billion through 2026, up from $30 billion previously. It also said it would run its EV and internal combustion engine (ICE) businesses as separate units in a move aimed at catching EV industry leader Tesla.

The company has said it plans to build more than 2 million EVs a year globally by the end of 2026, about one-third of its global production.

U.S. President Joe Biden issued an executive order in August setting a goal for automakers selling 50% of new vehicles by 2030 as electric or plug-in hybrid models.

Ford on Thursday said it will invest $2 billion at three plants in Michigan to increase production of the new F-150 Lightning pickup truck to 150,000 – an action it previously outlined in April – as well as build new gas-powered versions of the Ranger pickup and Mustang sports car. The new jobs in the state will total 3,200.

Kumar Galhotra, president of Ford’s Ford Blue internal combustion division, said the new investment would boost its EV production plans but added “for the millions of loyal Ford customers who aren’t ready to go electric yet, who will want and need Ford’s great gasoline-powered vehicles for years to come, we will continue to build great new, iconic vehicles.”

The company’s Ohio operations will see $1.6 billion in investment and the creation of almost 1,900 jobs, including the new commercial vehicle. The company did not provide details on the vehicle to be built in Avon Lake, but Auto Forecast Solutions said it will be the next generation of the e-Transit van, starting in 2026.

About $100 million will be spent in Missouri to add 1,100 workers for a third shift at an assembly plant outside Kansas City to boost production of the electric and gas Transit vans, Ford said.

Ford employed about 56,000 U.S. hourly workers at the end of 2021. They are represented by the United Auto Workers union, with which Ford will negotiate a new labor agreement next year.

Ford also said $1 billion of Thursday’s total will be spent over the next five years to “improve workplace environments” in the plants, including providing better access to healthy food, installing EV chargers in parking lots, and improved security and lighting in plant parking lots. 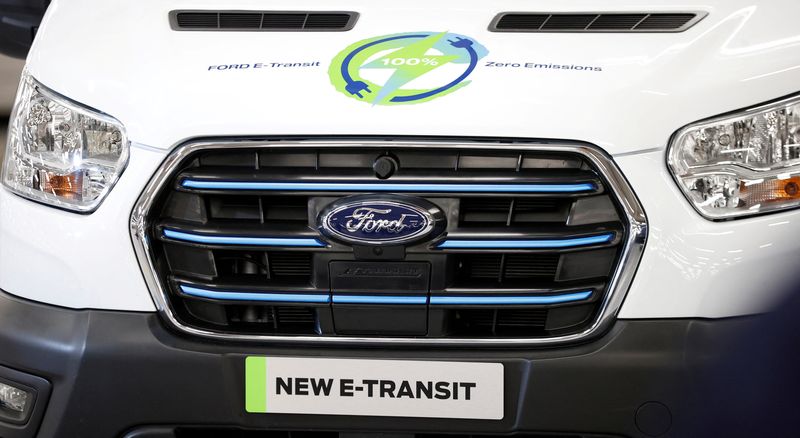