The Hungarian forint has been hovering near three-month-lows against the euro after the National Bank of Hungary (NBH) lifted its base rate by 50 bps to 5.9% on Tuesday, half the pace of rate rises of recent months.

But the NBH said it would maintain tighter monetary conditions for longer to fend off rising second-round inflation risks and anchor inflation expectations.

With rising energy costs, a tight labour market, fast wage growth and the war in neighbouring Ukraine fuelling further price pressures, the NBH faces the challenge of fighting inflation while maintaining strong momentum in the economy.

At the same time the forint has lost about 7% this year as worries over European Union disputes holding up recovery funds, while new windfall taxes aimed at banks and other companies announced last week have eroded investor sentiment.

“The smaller hike to the base rate (on Tuesday) was balanced by slightly more hawkish comments from deputy governor (Barnabas) Virag following the meeting, committing to maintaining the pace of increments to the 1-week deposit rate as well as pointing to continued hikes into H2,” Deutsche Bank said in a note.

“We expect that the base rate will continue to be increased by larger increments, in order for the two rates to converge over the coming months,” the bank added.

(Reporting by Krisztina Than; Editing by Kenneth Maxwell) 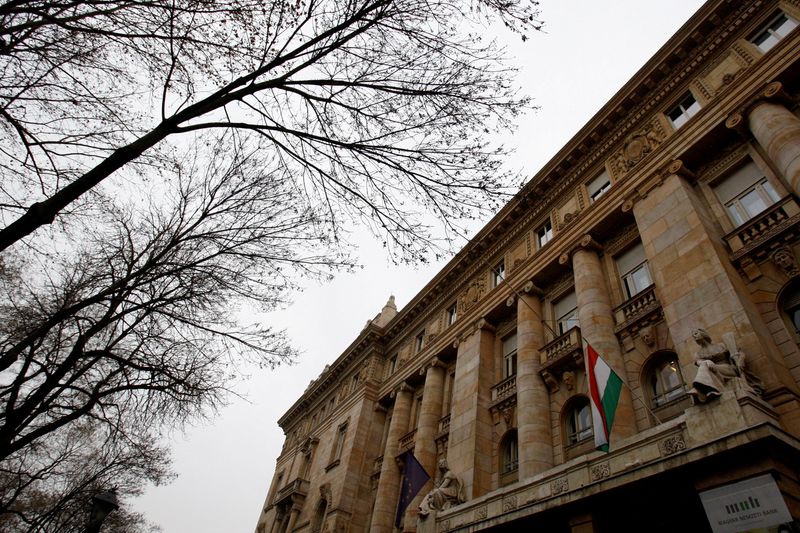