By Makiko Yamazaki and Scott Murdoch

TOKYO -Toshiba Corp, the troubled Japanese conglomerate exploring strategic options, said it has received eight initial proposals to take it private as well as two proposals for capital alliances that would see it remain listed.

The news comes amid recent signs that Toshiba, which has long been at loggerheads with its large activist shareholder base, is growing more receptive to calls from foreign hedge fund investors to consider going private.

Last month it nominated Akihiro Watanabe, an executive from boutique U.S. investment bank Houlihan Lokey, as chairman of its board and two representatives from activist shareholders as outside directors.

“We are encouraged by the multiple proposals as we feel they reflect big expectations about Toshiba’s potential,” Chief Executive Taro Shimada told a briefing on Thursday where he also unveiled bullish new earnings targets as part of an updated business strategy.

Bedevilled by accounting and governance crises since 2015, Toshiba set up a special committee in April to solicit proposals after shareholders voted down a management-backed restructuring plan. The deadline for non-binding proposals was Monday.

The company said that it will evaluate financing arrangements and the feasibility of the proposals and then after its annual shareholders’ meeting on June 28, it will select potential investors to be given due diligence opportunities.

Toshiba represents “a big potential deal” and its activist shareholders “are clearly highly motivated so it is worth a look for any large PE funds,” said LightStream Research analyst Mio Kato, who publishes on Smartkarma.

“It hasn’t even gotten to due diligence yet so there isn’t much reason to not give it a look.”

The conglomerate did not name any of the potential investors or say how many were from overseas. According to sources familiar with the matter, KKR & Co Inc, Blackstone Inc, Bain Capital, Brookfield Asset Management, MBK Partners, Apollo Global Management and CVC Capital Partners were considering bids.

The participation of local funds is seen as critical as some of Toshiba’s key businesses – including defence equipment and nuclear power – are seen as strategically important to the Japanese government.

Japan’s economic security minister Takayuki Kobayashi has said, however, that the government will not block foreign investors from buying industrial giants provided they comply with regulations that govern the handling of sensitive technology.

Toshiba also said it expects operating profit to more than double to 360 billion yen ($2.8 billion) in the year through March 2026 from the last financial year – an outlook it wants to be the springboard for discussions with potential investors.

It aims to beef up data-related services, production of power management chips and research on next-generation nuclear power reactors.

The plan did not take into account whether the company would remain listed or not, Shimada said.

Shimada, who only took the helm in March, also reversed the company’s stance on several units. Toshiba TEC’s point of sales systems as well as Toshiba’s elevators and lighting businesses are now considered key to growth instead of non-core, he said. 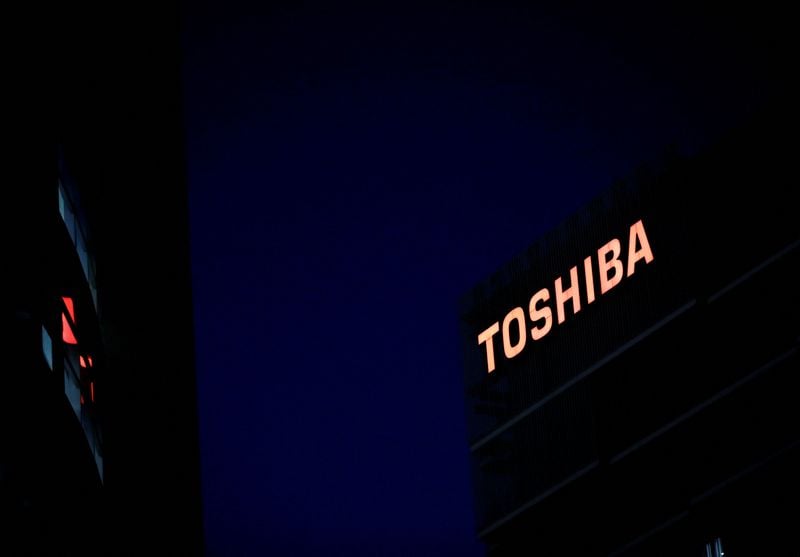