By Julie Gordon and Fergal Smith

That is roughly how much the average Canadian saved during the pandemic, with the central bank betting on C$40 billion in added spending through the end of next year as consumers draw down those stockpiles.

But soaring inflation has already offset two-thirds of the buying power of that excess cash, according to one estimate, with some Canadians dipping in to pandemic savings to pay for everyday essentials instead of a new paddleboard or a weekend getaway.

“When I adjust for inflation, the extra purchasing power from excess savings has been eroded pretty significantly by higher prices,” said Royce Mendes, head of macro strategy at Desjardins Group.

“Paddleboards haven’t gone up two-thirds,” he added. “But the price of everything you consume has gone up 7%. And that is eating in to this buffer that you had to buy the extra goods or go out for dinner that extra time.”

Rising food and shelter costs drove Canada’s inflation rate to a three-decade high of 6.8% in April. The Bank of Canada responded with a 50-basis-point interest hike on Wednesday, taking the benchmark rate to 1.5%, and hinted at a more aggressive pace to come.

“In some ways you are already starting to see some cracks emerge in the foundation of consumer confidence,” Mendes said.

Canadians saved an extra C$300 billion during the pandemic, economists estimate. Of that, some went into stocks, housing and other investments, but roughly C$100 billion remains sitting in bank accounts just waiting to be spent.

So far, spending is holding up against higher prices. Credit card outlays are running about 30% above 2019 levels, according to the RBC Consumer Spending Tracker.

But BMO’s Real Financial Progress Index found more than 80% of Canadians are adjusting their lifestyle to offset higher costs, with nearly a third reconsidering vacations. And just 14.8% of consumers think now is a good time to buy big-ticket items, the Conference Board of Canada said.

The pessimism is fueled by a combination of hot inflation, rising interest rates and the uncertainty caused by Russia’s invasion of Ukraine, said Sohaib Shahid, director of economic innovation at the Conference Board.

“Consumers don’t like uncertainty and these tensions have brought about a lot of uncertainty,” he said.

On the flip side, higher-income households saved more than others during the pandemic and are far less sensitive to rising prices, said economists.

(Reporting by Julie Gordon in Ottawa and Fergal Smith in Toronto; Editing by Denny Thomas and Matthew Lewis) 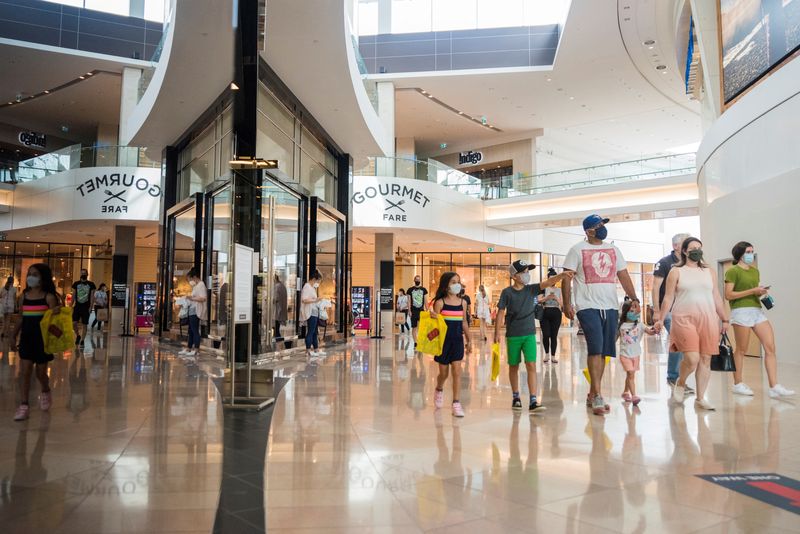