(Reuters) -The Russian rouble eased towards 62 against the dollar on Thursday, stabilising in a relatively narrow range after sharp and uncontrolled moves last week due to an imbalance of supply and demand on the Moscow Exchange.

The market focus was on a new round of U.S. sanctions against Russia for what it calls a “special military operation” in Ukraine, with targets including 17 individuals, 16 entities, seven vessels and three aircraft.

Shares in steel giant Severstal, which was added to the sanctions list, fell more than 12% to underperform the broader market.

The rouble showed muted reactions, having become the world’s best-performing currency http://fingfx.thomsonreuters.com/gfx/rngs/GLOBAL-CURRENCIES-PERFORMANCE/0100301V041/index.html so far this year thanks to capital controls that Russia imposed after sending tens of thousands of troops into Ukraine on Feb. 24.

New gas payment terms for EU consumers that require conversion of foreign currency into roubles and a fall in imports have also supported the Russian currency, helping it to shrug off economic hurdles at home and risks of a looming default on sovereign debt.

Russia’s failure to pay $1.9 million in accrued interest on a dollar bond will trigger payouts potentially worth billions of dollars, a panel of investors determined on Wednesday, as the country teeters on its first major external debt default in over a century.

On the domestic bond market, yields on 10-year OFZ treasury bonds fell to 9.08%, their lowest since early 2022, after data showed annual inflation slowed again after soaring to its highest since 2002. Bond yields move inversely with their prices.

“We expect buyers to predominate over the coming days as well, although the decline in yields could slow until next week’s inflation data comes out,” Sberbank CIB said in a note.

The inflation data raised the chances of another rate cut by the central bank in June-July, Promsvyazbank said in a note.

Russia’s central bank slashed its key interest rate to 11% last week and said it saw room for more cuts this year, as inflation slows from more than 20-year highs and the economy heads towards a contraction.

(Reporting by Reuters; Editing by Jan Harvey and Aditya Soni) 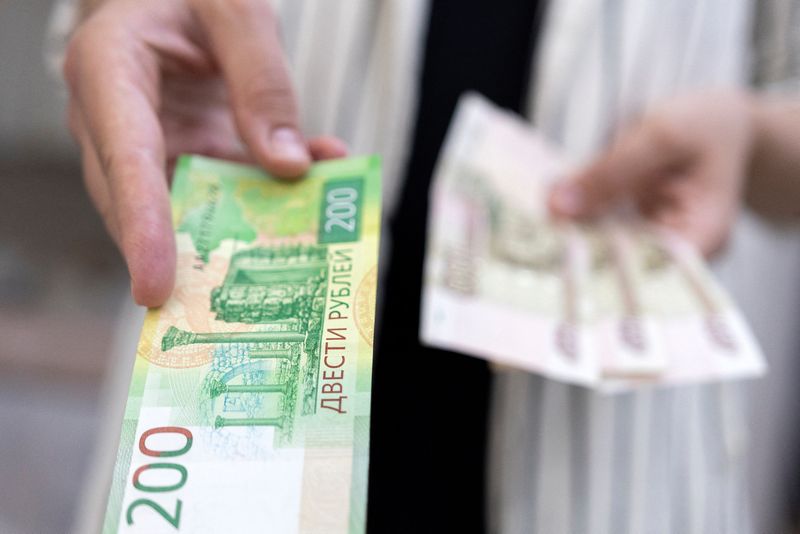