By Brad Brooks and Steve Gorman

LUBBOCK, Texas – Emergency-911 calls from children hiding from the gunman who killed 21 people inside a Texas elementary school were not routed to the on-scene police commander who waited nearly an hour before officers moved in to end the siege, a state senator said on Thursday.

Roland Gutierrez, a Democrat whose constituency includes Uvalde, Texas, the town 80 miles west of San Antonio where last week’s shooting occurred, said the lapse in how 911 calls were transmitted was part of a larger “system failure” that is still just coming to light.

“We need transparency, and that hasn’t happened here,” Gutierrez told a news conference nine days after last Tuesday’s massacre at Robb Elementary School, which ranks as the deadliest U.S. school shooting in a decade and follows a string of mass shootings elsewhere across Texas in recent years.

The Texas Department of Public Safety (DPS) disclosed last week that as many as 19 officers from various local law enforcement agencies stood outside the classroom occupied by the Uvalde gunman for more than 45 minutes before a U.S. Border Patrol-led tactical squad stormed in and killed the shooter.

DPS officials said the Uvalde Consolidated Independent School District’s own police chief had assumed command of the incident and made the decision to hold off on sending officers in to neutralize the gunman, apparently believing the immediate threat to students inside had abated after an initial flurry of gunfire from inside.

But even as the officers waited in a hallway outside the classroom, at least two fourth-grade girls cowering inside placed frantic, whispered phone calls to local emergency-911 dispatchers pleading for police to send help, according to DPS.

Gutierrez said the Texas Commission on State Emergency Communications, an agency that monitors the 911 system, told his office that all such calls placed in Uvalde are routed to the Uvalde Police Department only, not the school district’s police department.

That means the on-scene commander at the time of the shooting, Pete Arredondo, who is chief of the school district’s separate police force, was not immediately privy to the calls from school children under attack, Gutierrez said.

Gutierrez acknowledged he could not rule out whether information about the 911 calls in question were relayed from Uvalde police to Arredondo in real time, even though the dispatch center was not directing the calls to Arredondo’s agency.

The head of DPS, state police Colonel Steven McGraw, has said Arredondo made “the wrong decision” by waiting almost an hour to breach the classroom, a move at odds with law enforcement doctrine requiring officers to pursue and confront an active shooter without delay.

Gutierrez said “every law enforcement unit that was at that school” bears some responsibility for what happened.

The state senator also criticized Governor Greg Abbott, a Republican, for declining to call the state legislature back into a special session to address “a problem that is staring him square in the face.”

Gutierrez said there were signs of growing willingness, even within a Republican Party long resistant to tougher gun laws, to consider such measures as raising the legal age for purchasing rifles from 18 to 21.

The murder weapon used in Uvalde, an AR 15-style semiautomatic rifle, was legally purchased by the shooter on his 18th birthday, and he later bought a second rifle and hundreds of rounds of ammunition, according to police.

Abbott on Wednesday called instead for the formation of special committees to examine school safety, mental health and police training and to recommend policy changes for the legislature and governor’s office to adopt. 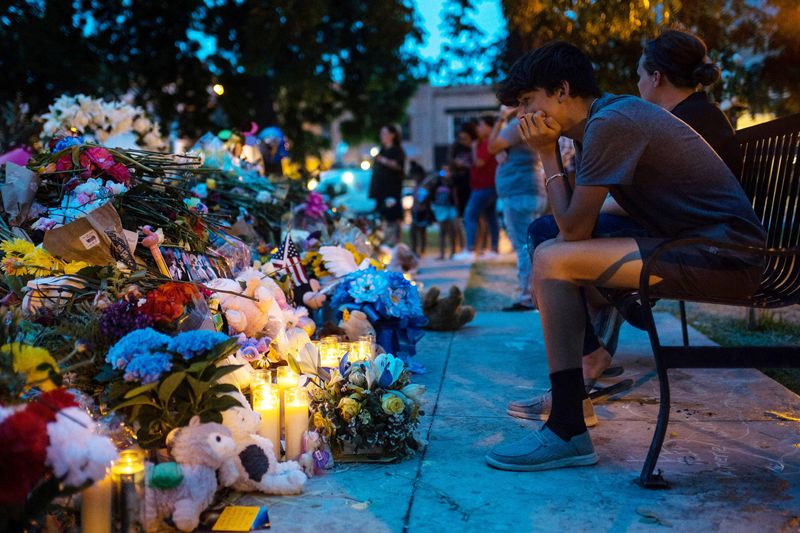