By Noel Randewich and Anisha Sircar

(Reuters) – Wall Street ended sharply higher on Thursday, led by Tesla, Nvidia and other megacap growth stocks in a choppy session ahead of a key jobs report due on Friday.

The U.S. stock market has staged a modest recovery in recent sessions, with investors debating whether the worst of a selloff that has dominated Wall Street in 2022 may be over.

“Volatility has become the norm, not the exception. Stocks are being held hostage by inflation, and until inflation gets under control, volatility is likely to remain high,” warned Terry Sandven, chief equity strategist at U.S. Bank Wealth Management in Minneapolis, Minnesota.

The S&P 500 is now down about 13% from its record high close in early January.

The Philadelphia Semiconductor index jumped 3.6% to end at its highest level in almost a month.

All eyes are now on the government’s nonfarm payrolls data on Friday, with investors looking for fresh signs of the U.S. economy’s health and how aggressively the Fed may continue to raise interest rates. Analysts are expecting the economy to have added 325,000 jobs last month.

Microsoft rose 0.8%, even after the software maker cut its fourth-quarter forecast for profit and revenue, making it the latest U.S. company to warn of a hit from a stronger U.S. dollar.

Hewlett Packard Enterprise Co slid 5.2% after the technology firm gave a disappointing full-year forecast due to currency headwinds and its exit from Russia.

Ford Motor Co rose 2.5% after the automaker said it plans to invest $3.7 billion in assembly plants in Michigan, Ohio and Missouri.

Across the U.S. stock market, advancing stocks outnumbered falling ones by a 3.5-to-one ratio.

Volume on U.S. exchanges was relatively light, with 10.7 billion shares traded, compared with an average of 13.3 billion shares over the previous 20 sessions.

(Reporting by Anisha Sircar and Devik Jain in Bengaluru, and by Noel Randewich in Oakland, Calif.; Editing by Marguerita Choy) 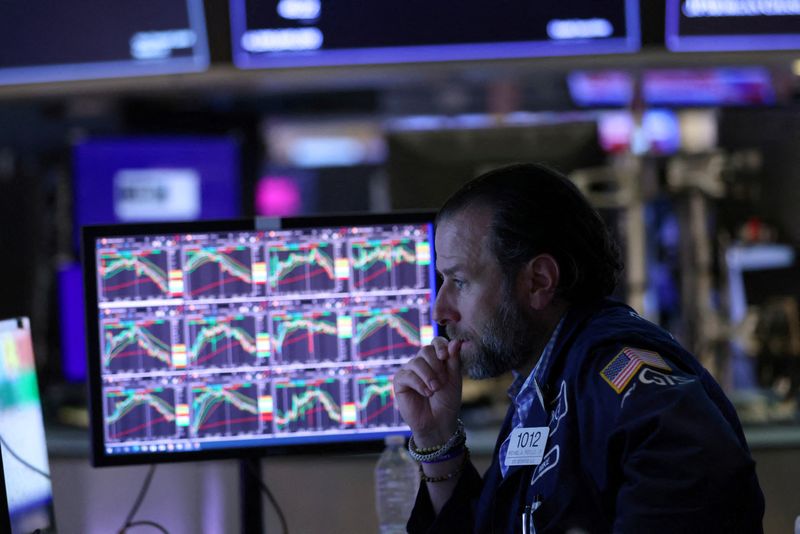