WASHINGTON – More than a year into U.S. President Joe Biden’s sweeping effort to tackle the “root causes” of migration with aid to Central America, projects likely worth millions of dollars have been canceled or put on hold due to corruption and governance concerns, U.S. officials and others tracking the issue said.

The setbacks come as the Biden administration is hosting the Summit of the Americas in Los Angeles next week, where the United States hopes to find common ground with other nations and issue a joint statement on migration.

At the same time, corruption in Guatemala, El Salvador and Honduras has also limited potential investment from U.S. companies, another prong of Biden’s strategy, according to a group coordinating the effort.

In one striking example, the U.S. Agency for International Development (USAID) abruptly suspended an undisclosed amount of funding tied to Guatemala’s justice ministry in July 2021 after the firing of a special prosecutor targeting corruption days earlier.

USAID also redirected funding away from projects linked to the justice ministry in El Salvador weeks after El Salvador’s Congress, dominated by lawmakers aligned with President Nayib Bukele, voted to remove top judges and the attorney general in May 2021.

Bukele tweeted at the time that the dismissals were warranted and that they were “cleaning house.”

USAID declined to detail the specifics of the projects or say how much funding was suspended in both cases, but it likely amounted to millions of dollars in funding to strengthen legal systems, experts told Reuters.

As the efforts faltered in the past year, record numbers of migrants attempted to cross the U.S.-Mexico border illegally, fueling criticism by Republicans as they seek to gain control of Congress in Nov. 8 midterm elections. Migrants from the three countries – collectively known as the Northern Triangle – were caught crossing the border more than 300,000 times from Oct. 2021 to April of this year, according to U.S. government data, a quarter of all border apprehensions.

Biden, a Democrat who took office in January 2021, vowed to reverse the isolationist approach of his Republican predecessor, former President Donald Trump, who suspended aid to the region in an effort to strong-arm the countries into cracking down on migrants heading north.

Signaling the importance of the strategy, Vice President Kamala Harris was put in charge. She marshaled prominent U.S. companies to invest in the region and traveled to Guatemala in June 2021, where she heralded the start of a “new era.”

Giammattei’s office, in response to questions from Reuters, said corruption is a historical and structural problem and the government has prioritized fighting it.

The tensions could spill over into the summit. Biden officials hope the hemispheric gathering, held every three or four years, will help reassert U.S. influence in the region after what Biden said is years of neglect under Trump, but it remains unclear whether Guatemala’s Giammattei will attend.

Philip Gordon, Harris’ national security adviser, said in an interview that the administration has been “honest from the start” about the challenges of corruption and that it “needs to be dealt with.”

When asked about U.S. criticism over corruption in Guatemala’s justice system, Guatemalan Foreign Minister Mario Bucaro said last week that the government was addressing the matter but would not allow outside interference affect the country’s sovereignty.

The governance issues also have dampened the potential of the Harris-led private sector initiative to invest in the three countries.

The Partnership for Central America, a non-profit organization launched last year to coordinate the effort, in March pulled out of co-hosting an event with the Guatemalan government over the country’s approach to corruption, said Jonathan Fantini-Porter, the group’s executive director.

The partnership also has limited its engagement in El Salvador.

With limited options for partners in the region, Harris flew to Honduras in January to attend the inauguration of President Xiomara Castro. Juan Orlando Hernandez, Castro’s predecessor, was arrested and extradited to the United States on drug-trafficking and firearms charges.

The Biden administration requested $861 million for the Central America root causes effort last year, a more than 50% increase over the previous year and is asking for even more this year. But even some Democratic allies are skeptical of the push for more funds.

“We credit them with recognizing that supporting criminals is a bad idea,” said Tim Rieser, a foreign policy aide to Senator Patrick Leahy, the Democratic chairman of the Senate Appropriations Committee. “On the other hand, it’s not yet clear what the plan is.” 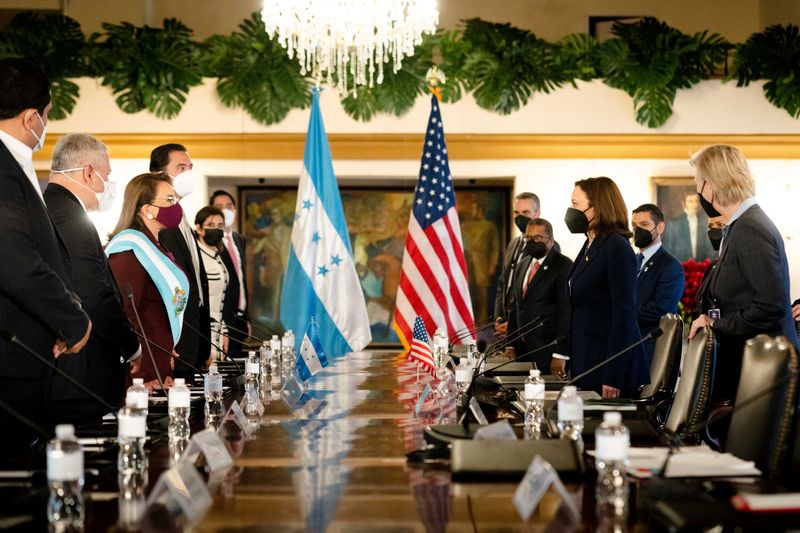 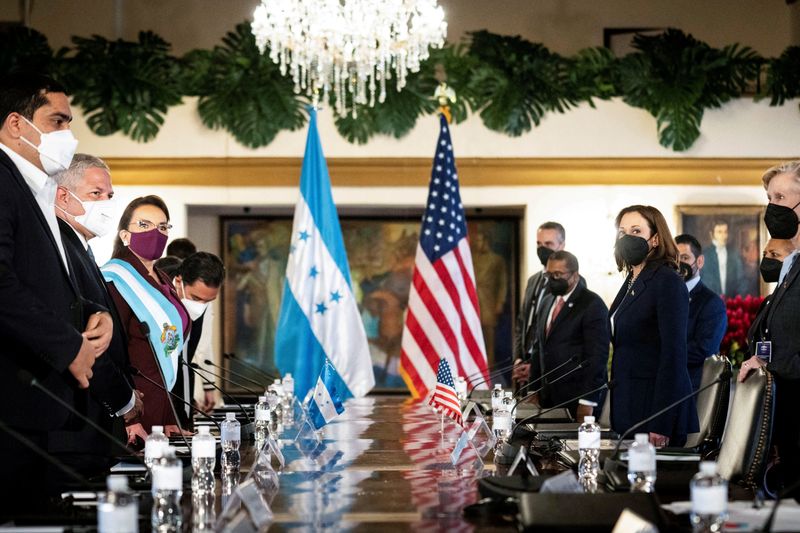 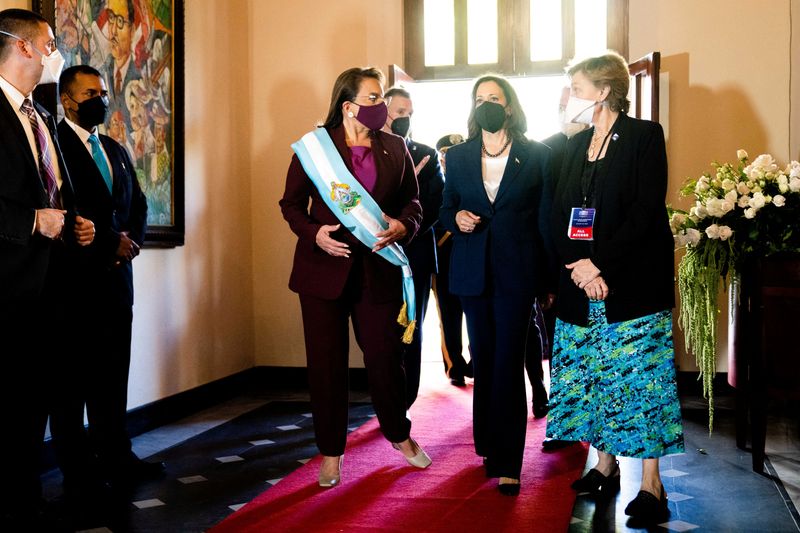