By Steve Holland and Jeff Mason

Speaking from the White House, in a speech broadcast live in primetime, Biden asked a country stunned by the recent shootings at a school in Texas, a grocery store in New York and a medical building in Oklahoma, how many more lives it would take to change gun laws in America.

“For God’s sake, how much more carnage are we willing to accept?” Biden asked.

Biden described visiting Uvalde, Texas, where the school shooting took place. “I couldn’t help but think there are too many other schools, too many other everyday places that have become killing fields, battlefields, here in America.”

The president, a Democrat, called for a number of measures opposed by Republicans in Congress, including banning the sale of assault weapons and high-capacity magazines, or, if that were not possible, raising the minimum age to buy those weapons to 21 from 18. He also pressed for repealing the liability shield that protects gun manufacturers from being sued for violence perpetrated by people carrying their guns.

“We can’t fail the American people again,” Biden said, pressing Republicans particularly in the U.S. Senate to allow bills with gun control measures to come up for a vote.

Biden said if Congress did not act, he believed Americans would make the issue central when they vote in November mid-term elections.

The National Rifle Association gun lobby said in a statement that Biden’s proposals would infringe on the rights of law-abiding gun owners. “This isn’t a real solution, it isn’t true leadership, and it isn’t what America needs,” it said.

The United States, which has a higher rate of gun deaths than any other wealthy nation, has been shaken in recent weeks by the mass shootings of 10 Black residents in upstate New York, 19 children and two teachers in Texas, and two doctors, a receptionist and a patient in Oklahoma.

Lawmakers are looking at measures to expand background checks and pass “red flag” laws that would allow law enforcement officials to take guns away from people suffering from mental illness. But any new measures face steep hurdles from Republicans, particularly in the Senate, and moves to ban assault weapons do not have enough support to advance.

The U.S. Constitution’s second amendment protects Americans’ right to bear arms. Biden said that amendment was not “absolute” while adding that new measures he supported were not aimed at taking away people’s guns.

“After Columbine, after Sandy Hook, after Charleston, after Orlando, after Las Vegas, after Parkland, nothing has been done,” Biden said, ticking off a list of mass shootings over more than two decades. “This time that can’t be true.”

Gun safety advocates have pushed Biden to take stronger measures on his own to curb gun violence, but the White House wants Congress to pass legislation that would have more lasting impact than any presidential order.

Biden’s evening address was aimed in part at keeping the issue at the forefront of voters’ minds. The president has made only a handful of evening speeches from the White House during his term, including one on the COVID-19 pandemic in 2021 and one about the Texas shooting last week.

More than 18,000 people have died from gun violence in the United States so far in 2022, including through homicide and suicide, according to the Gun Violence Archive, a non-profit research group.

Canada, Australia and Britain all passed stricter gun laws after mass shootings in their countries, banning assault weapons and increasing background checks. America has experienced years of massacres in schools, stores and places of work and worship without any such legislation.

A broad majority of American voters, both Republicans and Democrats, favor stronger gun control laws, but Republicans in Congress and some moderate Democrats have blocked such legislation for years.

Prices of shares in gun manufacturers rose on Thursday. Efforts to advance gun control measures have boosted firearm share prices after other mass shootings as investors anticipated that gun purchases would increase ahead of stricter regulations.

In the aftermath of the Texas shooting, Biden urged the country to take on the powerful pro-gun lobby that backs politicians who oppose such legislation.

The Senate is split, with 50 Democrats and 50 Republicans, and a law must have 60 votes to overcome a maneuver known as the filibuster, which means any law would need rare bipartisan support.

“The only room in America where you can’t find more than 60% support for universal background checks is on the floor of the U.S. Senate,” said Christian Heyne, vice president for policy at Brady, a gun violence prevention group.

While Biden and Congress explore compromises, the Supreme Court is due to decide a major case that could undermine new efforts to enact gun control measures while making existing ones vulnerable to legal attack.

Biden said he received a handwritten note from a grandmother who had lost her granddaughter in Uvalde that read: “Erase the invisible line that is dividing our nation. Come up with a solution and fix what’s broken and make the changes that are necessary to prevent this from happening again.” 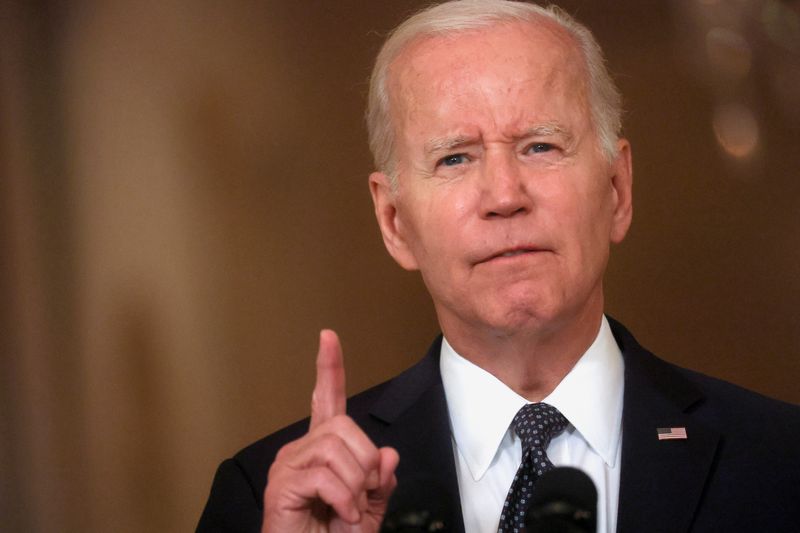 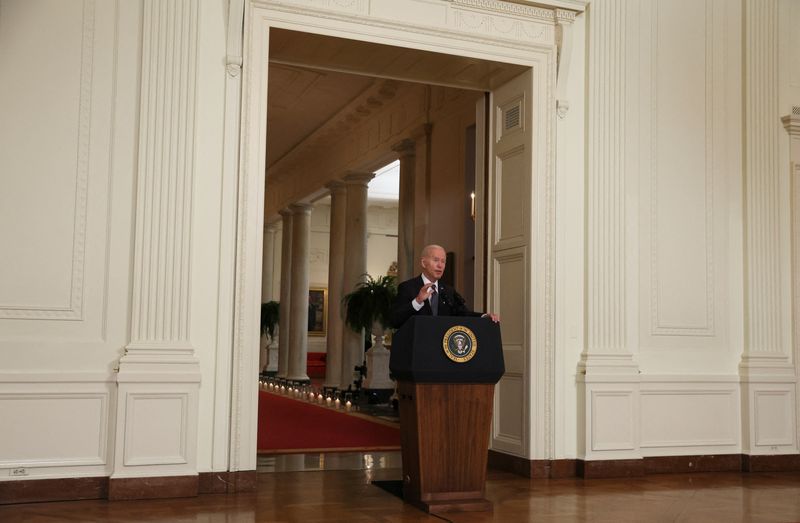 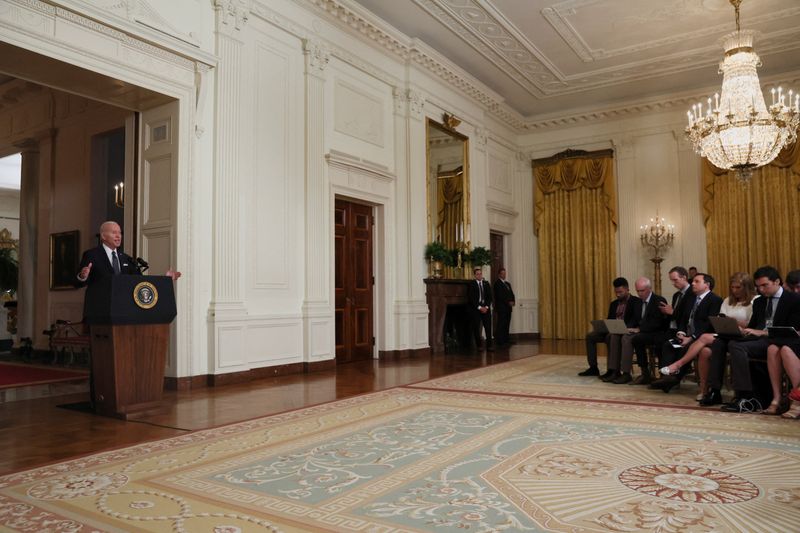