By Andrea Shalal and Trevor Hunnicutt

REHOBOTH BEACH, Del. -U.S. President Joe Biden compared Tesla unfavorably to Ford on Friday, while sarcastically wishing Chief Executive Elon Musk “lots of luck” on his “trip to the moon” after the billionaire expressed reservations about the economy.

Musk wrote in an email to executives that he has a “super bad feeling” about the U.S. economy and needed to cut about 10% of jobs at the electric carmaker, Reuters reported earlier on Friday.

Asked by Reuters about Musk’s comments, Biden suggested maybe the issue was with Tesla.

Musk replied on Twitter: “Thanks Mr President!” with a link referencing NASA’s April 2021 award of a $2.9 billion contract to Musk’s SpaceX to build a spacecraft to bring astronauts to the moon.

It is not the first salty exchange between the 79-year-old commander-in-chief, who admits to an occasional Irish temper, and South Africa-born Musk, 50, who became the world’s wealthiest man as a serial entrepreneur but has turned his attention to U.S. political debates and a Twitter takeover.

Biden has made electric vehicles (EVs) the centerpiece of a plan to make the United States a manufacturing powerhouse, compete with China and thwart climate change. But he has lavished far more attention on Musk’s unionized competitors in Detroit.

Musk has frequently fired off harsh tweets directed at the president, complaining about the lack of acknowledgement and has been critical of Biden’s union-first, subsidy-heavy approach to building the EV market.

Musk said last month he would no longer vote for members of Biden’s Democratic Party because they have “become the party of division & hate.”

Shares fell more than 8% on Friday after Reuters published the report on Musk’s email, as investors worried the CEO’s remarks signaled problems ahead. On Tuesday, Musk said workers not coming into the office for 40 hours per week would be let go.

Before Biden’s comment on Musk, the president had just given a speech of his own touting higher-than-expected U.S. job growth in May and rebuffing criticism of his handling of inflation, which is perched near 40-year highs.

But he warned that job growth could slow in the coming months as the Federal Reserve raises interest rates to cool inflation.

“We aren’t likely to see the kind of blockbuster job reports month after month like we had over this past year,” he said. “But that’s a good thing. That’s a sign of a healthy economy.”

JPMorgan Chase & Co Chairman Jamie Dimon said this week that “you gotta brace yourself” for a coming economic “hurricane.”

Other executives and analysts, however, have said the strong U.S. labor market, consumer savings and robust demand could help the economy achieve a “soft landing” to more sustainable growth at lower levels after a speedy recovery from the COVID-19 pandemic. 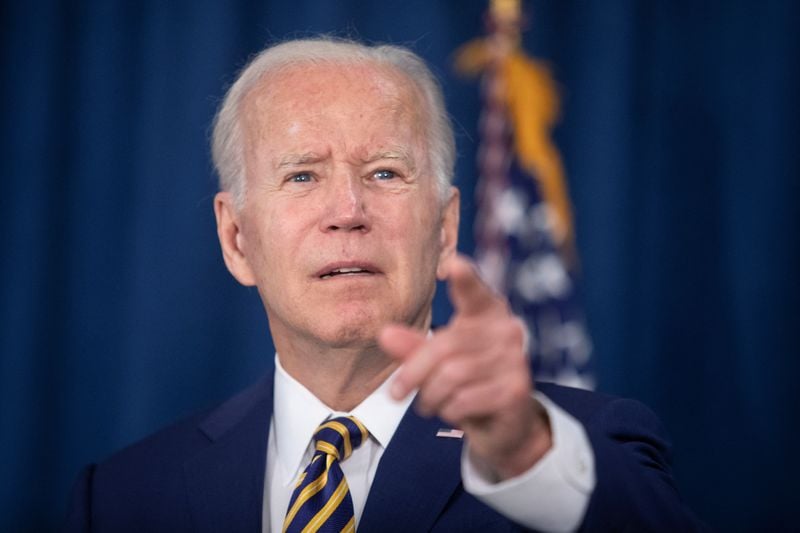