(Reuters) – Ohio is set to enact a law that allows teachers and other staff to be armed with guns in schools once they have completed up to 24 hours of initial training.

Proponents hope armed teachers will reduce the frequency and deadliness of school shootings, which have become recurrent in the United States. The bill’s opponents, including teachers’ unions and the state’s main police officer union, say it will only make schools more dangerous for children.

The bill was finalized 10 days after a teenager with an AR-15-style rifle attacked a school in Uvalde, Texas. Nineteen students and two teachers were killed in the massacre.

Ohio Governor Mike DeWine, a Republican, has said he will sign the bill into law.

The bill https://ohiohouse.gov/legislation/134/hb99 was passed by the Republican-controlled Ohio General Assembly this week. It was designed to defuse a ruling last year by the Ohio Supreme Court that said a longstanding state law required teachers to complete more than 700 hours in a peace-officer training program before they could be armed with a gun on school premises.

Proponents of the bill said it would allow school staff to confront an armed attacker before police entered.

“In emergency situations at our schools, seconds matter and tragedies can be prevented,” Representative Thomas Hall, the bill’s sponsor, said in a statement https://ohiohouse.gov/members/thomas-hall/news/hall-champions-historic-school-safety-bill-110271.

Armed teachers would be required to undergo criminal background checks and receive 8 hours of additional training each subsequent year.

DeWine said in a statement the governor’s office had worked with lawmakers since the Uvalde shooting “to remove hundreds of hours of curriculum irrelevant to school safety, and to ensure training requirements were specific to a school environment.”

The Ohio Education Association and the Ohio Federation of Teachers said in a joint statement that the bill was rushed and risky.

The bill, they said, put “educators in the impossible position of making split-second life-and-death decisions without sufficient training. This could undoubtedly lead to more tragedies in our schools.” 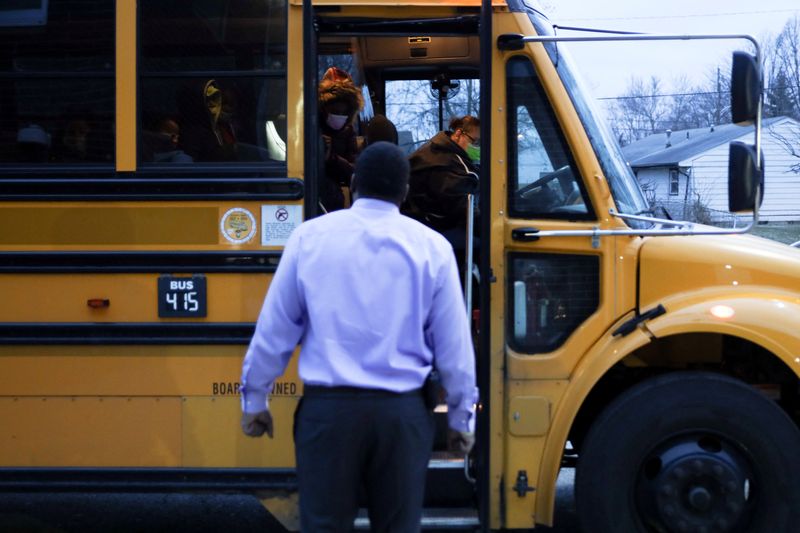