LONDON – Diagnostic companies are racing to develop tests for monkeypox, hoping to tap into a new market as governments ramp up efforts to trace the world’s first major outbreak of the viral infection outside of Africa.

The scramble started last month, much like early 2020 when companies rushed to make kits to help diagnose COVID-19, creating a multibillion-dollar boon for test makers.

But demand for monkeypox tests will be a fraction of what it was for COVID, given monkeypox is not as transmissible nor as dangerous as COVID – it typically spreads through close contact and can cause flu-like symptoms and pus-filled skin lesions that usually resolve on their own within weeks.

And unlike the sudden emergence of COVID, there are vaccines, treatments and tests that can already help curb the spread of monkeypox.

A niche new market could soften – but won’t make up for – the anticipated slowing of COVID diagnostic sales as the need to test for the SARS-CoV-2 virus ebbs and concern about monkeypox grows, analysts say.

“It would be very difficult for monkeypox revenues to offset this in any meaningful way,” she said.

More than 550 confirmed cases of monkeypox have been reported by about 30 countries since early May. The majority were in Europe and not linked to travel to Africa, where the virus is endemic. Public health authorities suspect some degree of community transmission. No deaths have been reported.

Still, the World Health Organization (WHO) has said it expects infections to rise as surveillance expands and its Europe head warned the spread could accelerate as people gather for parties and festivals over the summer.

This outbreak is significant on the monkeypox scale, but there is not yet a need for hundreds of thousands of tests, which was the case when COVID emerged, said Daniel Bausch, senior director, emerging threats and global health security at FIND, the global alliance for diagnostics.

“This isn’t going to be the next COVID … so I don’t think the needs are massive. I don’t anticipate [test] supply to be an issue.”

Some countries, including Switzerland and the Netherlands which have reported only a handful of cases, say that for now they have sufficient testing capacity for monkeypox. Britain, where nearly 200 cases have been confirmed, is working on expanding capacity.

Although researchers previously had fragmented access to the chemicals and other materials needed to conduct PCR tests for monkeypox, kits being developed by companies such as Roche theoretically allow them to have everything they need in one place to process a sample in a lab.

Kits like Roche’s have not been cleared by regulators for use as a medical diagnostic – however, they are available for research purposes only.

Meanwhile, more than a dozen listed Chinese firms, including Jiangsu Bioperfectus Technologies, say they have added the European Union’s CE mark of quality to their kits.

The regime allows test-makers to self-certify that they are complying with EU regulations, and can accordingly be sold in the region.

Broadly there are two types of test: PCR and antigen tests are designed to detect whether a person is currently or very recently infected, while antibody tests show whether a person has previously been infected.

PCR tests are the gold standard test for the detection of monkeypox, according to the WHO, while the way antigen and antibody tests are designed makes it less likely that a positive result is definitively indicative of monkeypox.

It is unclear whether infected but symptomatic individuals can spread the virus, says the WHO, so it’s not known if precautionary testing of suspected cases is needed.

However, since suspected cases are expected to isolate for up to 21 days, rapid antigen tests could be useful, given there are currently no pox virus diseases that have broadly spread across populations, said Carlos Maluquer de Motes, who runs a research group studying poxvirus biology at Surrey University.

Most diagnostic makers are focused on PCR tests for monkeypox. A few others, including Tetracore Inc, are working on rapid antigen tests.

However, caution is warranted.

“Virtually none of the kits, whether listed for research or otherwise, have gone through extensive validation,” said Bausch. “It would be interesting to order all the tests that have suddenly come on the market and see what you get.” 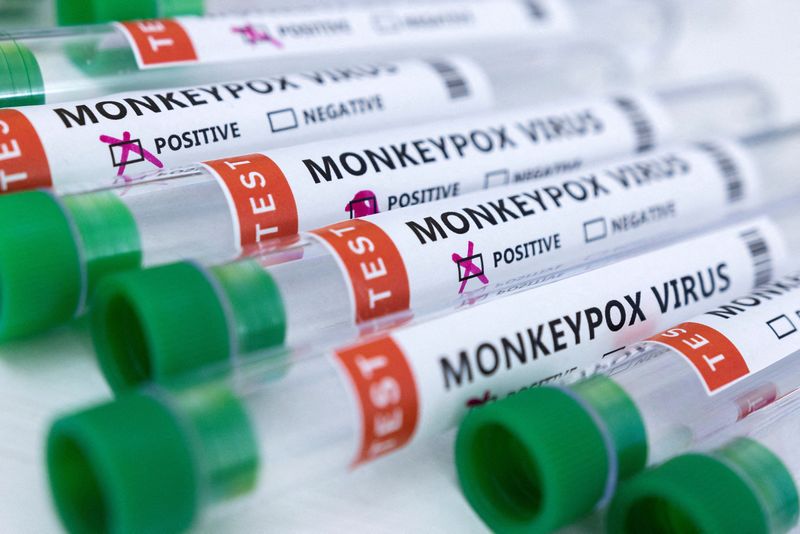