(Reuters) -The father of a 10-year-old girl slain in the Uvalde, Texas, school shooting and a school employee have taken initial steps that could lead to lawsuits against Daniel Defense, the maker of the semiautomatic rifle used in last week’s massacre that killed 21 people.

Lawyers for Alfred Garza, father of Robb Elementary School student Amerie Jo Garza, requested in a letter on Friday that Daniel Defense provide information about its marketing to teens and children.

“We ask you to begin providing information to us now, rather than force Mr. Garza to file a lawsuit to obtain it,” said the letter.

No lawsuits have yet been announced against Daniel Defense stemming from the shooting.

Daniel Defense of Black Creek, Georgia did not immediately respond to a request for comment.

The 18-year-old Uvalde gunman, Salvador Ramos, stormed the school on May 24 and killed 19 students and two teachers before he was killed by law enforcement, according to authorities.

He legally purchased his first gun on his 18th birthday on May 17.

Josh Koskoff, Garza’s attorney, led the case over the Sandy Hook Elementary School shooting in Newtown, Connecticut in 2012, which led to a $73 million settlement by gunmaker Remington in February. It marked the first significant settlement over a mass shooting against a gunmaker, which are protected by a federal law from lawsuits.

Related News:   JOSH HAMMER: Leftists Consolidate Power While Clutching Their Pearls Over The Next ‘Emergency’

“Sandy Hook in Connecticut is not binding on the Texas court but that doesn’t mean it lacks persuasive power,” said Koskoff.

Koskoff told Reuters he was applying what he learned from the Sandy Hook case to his current investigation, focusing on marketing to children and teens and product placements in first-person shooter video games.

“The shooter, essentially the day he turned 18, he knew exactly what weapons he was getting,” said Koskoff.

In a separate legal action, school employee Emilia Marin filed papers in Texas state court seeking an order to depose Daniel Defense and force the company to turn over documents, also related to its marketing. Marin is listed as a speech pathologist clerk on the school’s website.

Marin’s filing late on Thursday is a petition that allows a party to begin investigating potential claims.

Gun manufacturers are generally shielded from lawsuits over criminal use of their firearms by a federal law called the Protection of Lawful Commerce in Arms Act, or PLCAA.

However, the Connecticut Supreme Court in 2019 ruled that gun company Remington Arms could be sued by families of Sandy Hook victims under a PLCAA exception because the gunmaker Remington allegedly violated state marketing laws.

(Reporting by Tom Hals in Wilmington, Delaware; Editing by Will Dunham and Noeleen Walder) 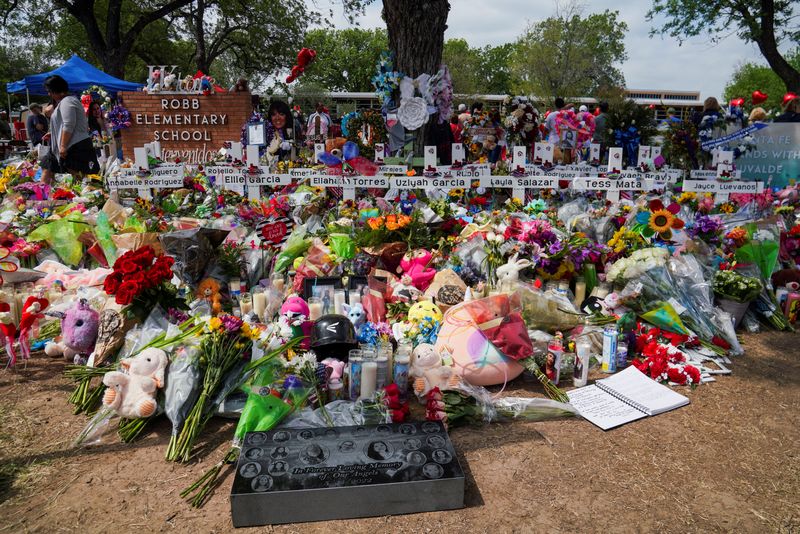