WASHINGTON – John Fetterman, the Democratic candidate for U.S. Senate in Pennsylvania and the state’s current lieutenant governor, said on Friday that he “almost died” from the stroke that has kept him off the campaign trail, indicating that his condition was graver than initially suggested.

Fetterman, 52, had a stroke that he attributed to atrial fibrillation, days before the May 17 primary in which he won his party’s nomination for Senate. Despite his campaign’s assurances that he would make a swift recovery, he has not been able to campaign since, prompting concerns in some Democratic circles about his fitness to continue in the race.

In an emailed statement on Friday, Fetterman disclosed he was first diagnosed with a heart condition five years ago, but soon stopped taking prescribed blood thinners. He said he had ignored warning signs leading up to the stroke.

“Like so many others, and so many men in particular, I avoided going to the doctor, even though I knew I didn’t feel well,” he said. “As a result, I almost died.”

Pennsylvania is viewed as a major battleground in the upcoming midterm elections, with Republicans looking to keep the seat being vacated by retiring Senator Pat Toomey. A Democratic win by Fetterman would be key to thwarting Republican hopes to take control of the Senate.

The Republican nominee remains undecided, with candidates David McCormick and Mehmet Oz in the midst of a state-mandated recount. Oz had been leading McCormick by fewer than 1,000 votes.

In his statement, Fetterman said he would continue to rest and soon be able to resume campaigning.

The statement included a letter from Fetterman’s cardiologist, Ramesh Chandra, who said that if Fetterman follows his recovery instructions, he “should be able to campaign and serve in the U.S. Senate without a problem.” 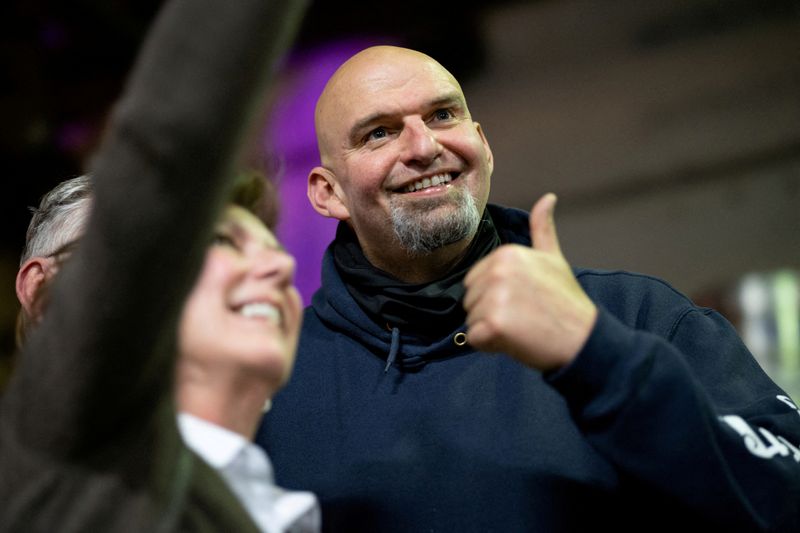