TRENTO, Italy -EU Economic Commissioner Paolo Gentiloni said on Saturday he aimed to present a reform of the eurozone Stability Pact after the summer, adding that the new rules would likely include country-specific debt targets.

The European Union pact stipulates an upper limit of 60% for the ratio between the public debt and GDP (gross domestic product) of each member state, but a debate is underway in Europe on how to make the rules more flexible.

The rules, which also cap the public deficit-to-GDP ratio, have been suspended until 2023 to give governments room to deal with the impact of the pandemic and the economic fallout of the war in Ukraine.

“We are discussing how to reform the stability pact … I think I can present a proposal after the summer,” Gentiloni said, speaking at an economic event in the Italian town of Trento.

“The path towards debt reduction must be made more gradual, more credible and less dangerous for growth, also because we all know that without growth reducing debt is very difficult,” Gentiloni said.

State support and investment programmes to counter the economic impact of COVID-19 have sent many EU states’ debt levels soaring beyond the Stability Pact’s current 60% of GDP limit, with the average eurozone debt-to-GDP target currently at 97.5%, according to the commissioner.

Gentiloni said the process would likely require each country to present its plan to rein in its public debt, negotiate it with the Commission and, once agreed, the EU Council would put its stamp on it.

The individual plans would be “differentiated and with different targets for debt reduction” for different countries.

(Reporting by Francesca LandiniEditing by Kirsten Donovan and Helen Popper) 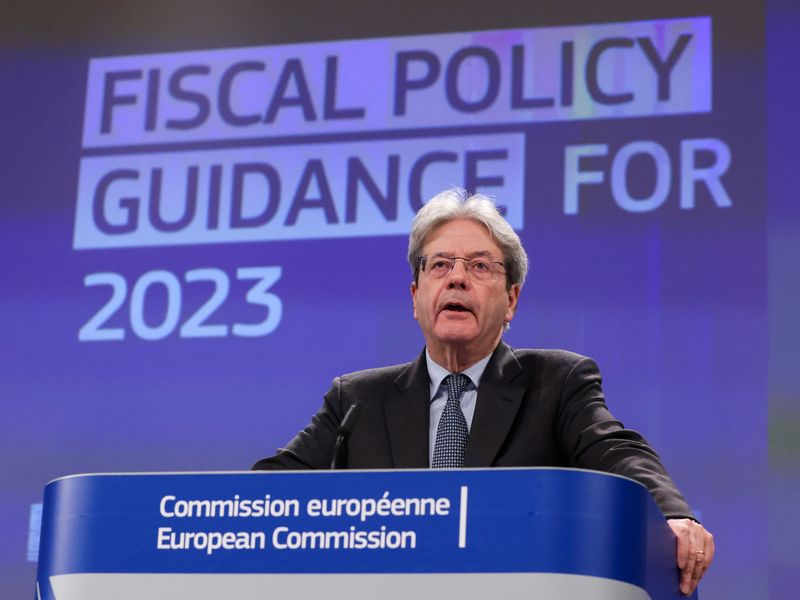