By Matt Spetalnick and Dave Graham

WASHINGTON/MEXICO CITY – When the United States said last year it would host the 2022 Summit of the Americas, officials had high hopes the event would help repair Trump-era damage to relations and reassert U.S. primacy over China’s growing clout in Latin America.

But on the cusp of the coming week’s gathering in Los Angeles, U.S. President Joe Biden faces a struggle to make a success of a summit plagued by problems before it even began.

Ideological discord over who to invite, skepticism about U.S. commitment to Latin America, and low expectations for major accords on issues such as migration and economic cooperation have already tarnished the event, officials and analysts say.

“The Americans basically misread the situation in not having foreseen there would be a fuss about who was attending,” said Andres Rozental, a former Mexican deputy foreign minister, arguing the summit ran the risk of becoming “lackluster”.

One U.S. official, speaking on condition of anonymity, conceded preparations were “messier than we envisioned.”

Lower-level events begin on Monday, then leaders start to arrive. Biden is due in on Wednesday to formally open the first U.S.-hosted summit since the inaugural gathering in 1994.

Despite pressing concerns such as inflation, mass shootings, and the Ukraine conflict, Biden aims to re-engage with southern neighbors to forge a common vision after years of relative neglect under his ‘America First’ predecessor, Donald Trump, who skipped the last summit in Lima in 2018.

Those hopes have been tempered by wrangling over who will attend. As host, the United States can choose who it invites but early plans indicated that U.S. antagonists Cuba, Venezuela and Nicaragua would be excluded on the grounds they are undemocratic.

That upset some leaders, including Mexico’s leftist president Andres Manuel Lopez Obrador, who said he would not go unless all countries from the Americas were invited.

Washington has ruled out Venezuela and Nicaragua attending. It remains unclear whether Communist-ruled Cuba might be represented.

Most regional leaders have signaled they will attend anyway, but the pushback suggests many Latin American countries are no longer willing to follow Washington’s lead as unquestioningly as they were at times in the past.

U.S. officials say the guest list ruckus will blow over, and that the summit will yield progress no matter who attends.

With Biden under pressure over record numbers of migrants at the U.S. southern border, he is expected to seek commitments to curb those flows, especially from Mexico and Central America.

Biden aides say they are working on an “ambitious” migration statement. But a major breakthrough appears unlikely.

Some Central American leaders have chafed over U.S. demands that they tackle government corruption, seen as a driver of migration from Honduras, Guatemala and El Salvador.

A senior Biden administration official sought to downplay the centrality of migration to the summit, saying U.S. relations with Latin America were much broader, citing economics, climate policy and recovery from the COVID-19 pandemic.

Expert witnesses at a recent U.S. Senate subcommittee hearing on the summit chided the administration for not doing more to improve relations with the rest of the Americas.

“The region is polarized, COVID-19 has laid bare public health and economic challenges, democracy is in retreat,” said Rebecca Bill Chavez, head of the Inter-American Dialogue. “And global rivals are making their financial and political presence strongly felt.”

Eric Farnsworth, vice president of the Council of the Americas think tank, wants to see a regional trade initiative similar to the one for the Indo-Pacific Biden announced during his Asia tour in May.

The Biden administration is targeting regional initiatives to bolster near-shoring of supply chains, including medical equipment, and to expand internet and clean energy.

Running parallel is a U.S. drive to deepen regional supplies of oil and gas to dry up the cashflow used to fund the Kremlin’s war on Ukraine, and to wean the West off Russian energy.

Friction may loom if Biden presses the cause of democratic freedom. U.S. officials have raised concerns about democratic backsliding in countries including Brazil, whose president Jair Bolsonaro is due to meet Biden for the first time.

Marcos Caramuru, a former Brazilian ambassador to China and Malaysia, said he did not expect the summit to yield a major improvement in diplomatic relations, arguing that Latin America simply did not matter as much as Asia to Washington.

“Asia is much more important, because it is closer connected with U.S. security and China containment,” Caramuru said.

(Reporting by Matt Spetalnick in Washington and Dave Graham in Mexico City; Additional reporting by Anthony Boadle in Brasilia and Adam Jourdan in Buenos Aires; Editing by Rosalba O’Brien) 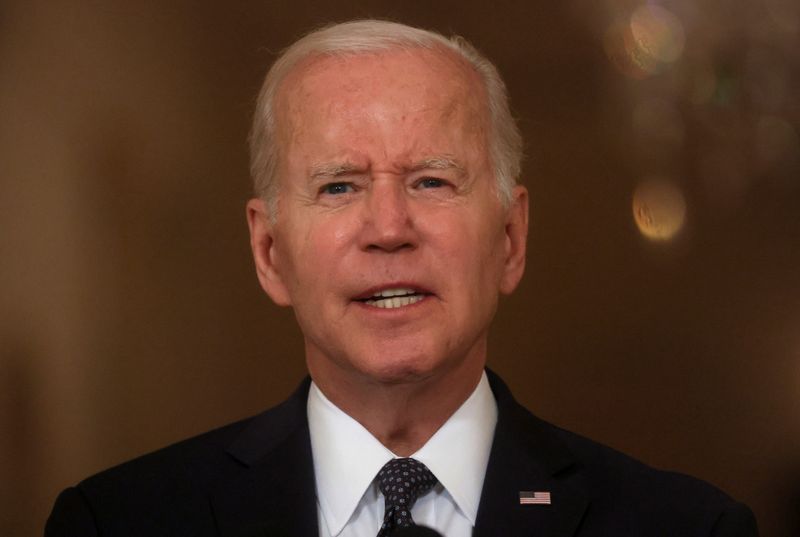