KYIV -Ukrainian President Volodymyr Zelenskiy said on Sunday he had traveled to Lysychansk and Soledar, two cities very close to some of the most intense fighting between his country’s troops and Russian forces.

The beleaguered city of Lysychansk is just a few kilometres south from Sievierodonetsk, where one of the war’s biggest ground battles is taking place and which Ukraine claims to be regaining more control of.

“I went with the head of (my) office to the east. We were in Lysychansk and Soledar,” Zelenskiy said in his nightly video address, adding he would not elaborate on the visit. [L1N2XS0IM]

In two separate videos released later, Zelenskiy, dressed in his trademark khaki T-shirt, is shown talking to troops in confined, bunker-like structures, presenting some with awards and addressing others.

“What you all deserve is victory – that is the most important thing. But not at any cost,” Zelenskiy said in one of the videos.

Reuters was not immediately able to confirm whether the videos were recorded in Lysychansk and Soledar.

The trips that were publicly revealed on Sunday were rare outings by Zelenskiy outside the capital Kyiv since the start of the Russian invasion on Feb. 24 and could be the closest to the frontline yet.

Lysychansk and Sievierodonetsk are in the Luhansk region and Soledar is in the Donetsk region. Both regions make up the broader Donbas region, Ukraine’s industrial heartland, which Russia claims is on a mission to “liberate.”

Ukraine says it is fighting for its very survival against a Russian imperial-style land grab. Observers say that achieving goals in the east is necessary for Russian President Vladimir Putin to claim the military operation a success.

Earlier on Sunday, Zelenskiy said he had visited front-line troops in the southeastern region of Zaporizhzhia, whose governor claims that 60% of the region is under Russian occupation.

“I want to thank you for your great work, for your service, for protecting all of us, our state,” the statement quoted Zelenskiy as saying, adding that he held a minute of silence for fallen troops.

Zelenskiy’s office later said the president also visited a medical facility in the region and spoke with people forced to leave their homes, including from Mariupol, which is now in Russian hands after being under siege for weeks.

He promised action to ensure that all displaced people would be properly rehoused.

“We will truly help you tackle this issue,” the president’s office quoted him as saying. 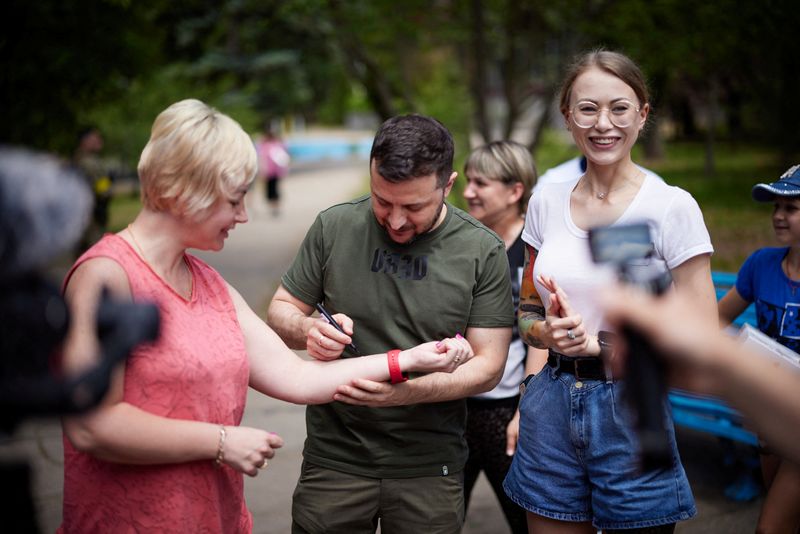 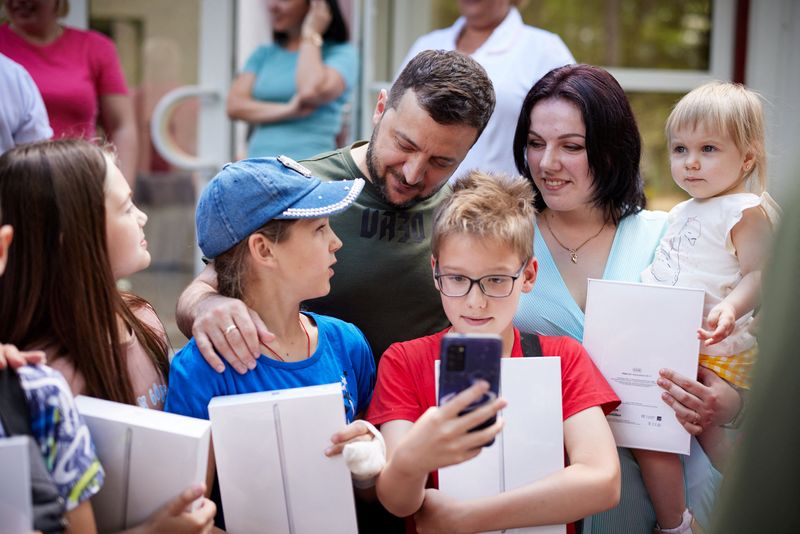 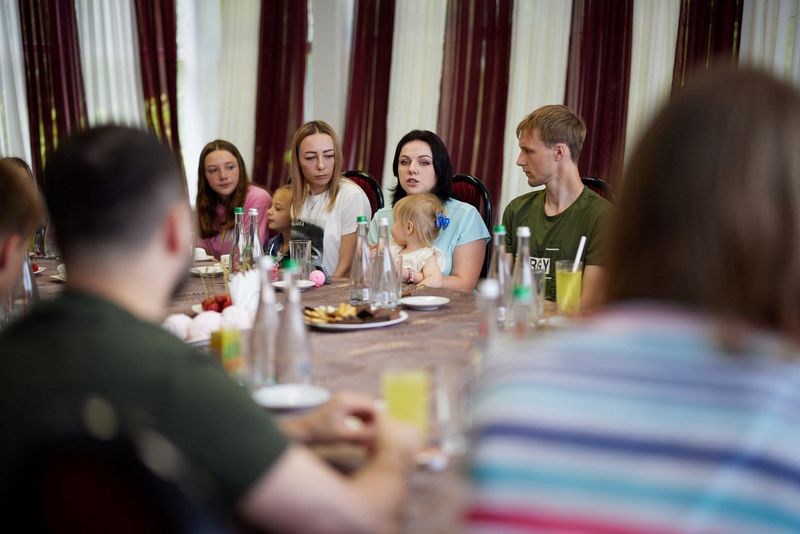 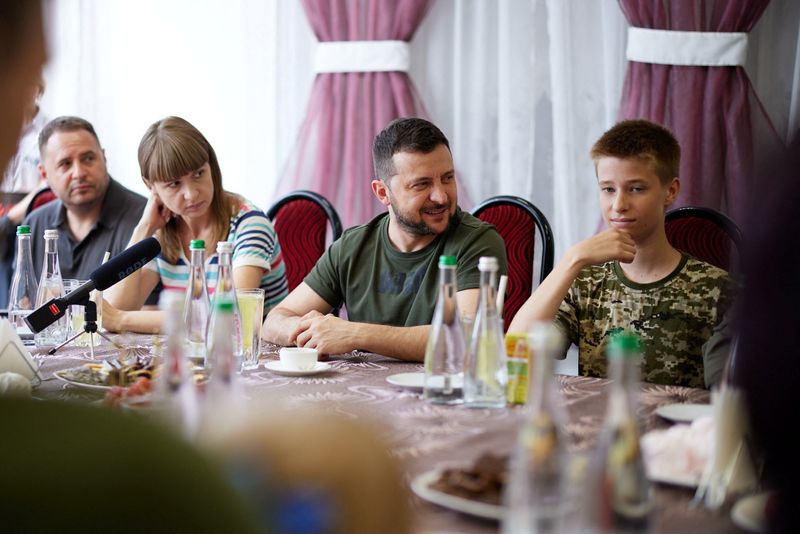 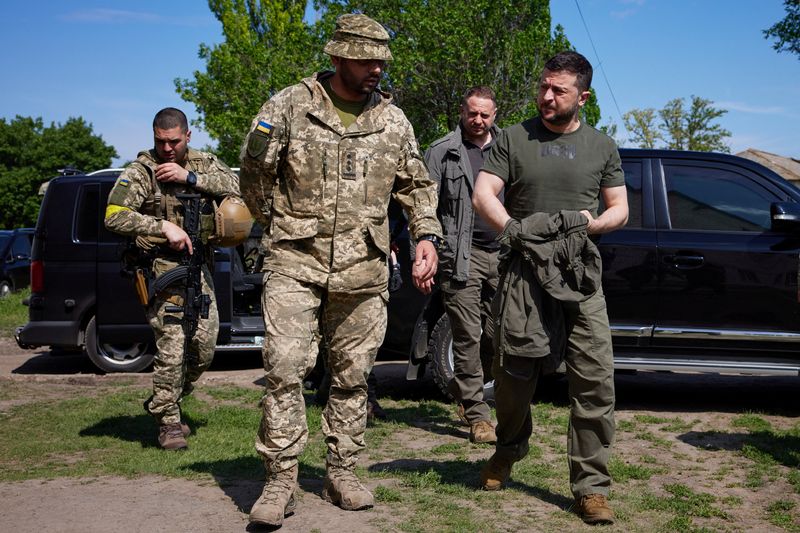 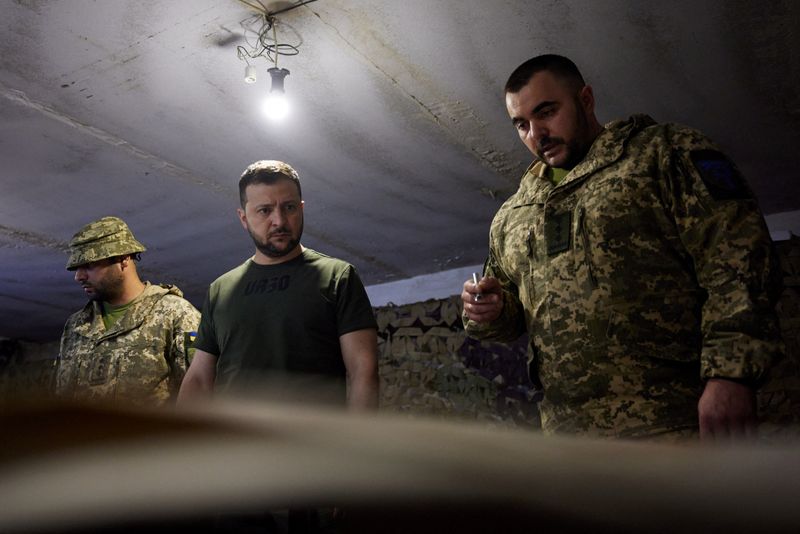