CUPERTINO, Calif. -Apple Inc on Monday announced it would more deeply integrate its software into the core driving systems of cars, while the iPhone maker rolled out a slew of features for payments and business collaboration and a pair of new laptops.

The announcements at Apple’s annual developer conference showed a company that was once an outsider working its way firmly into the mainstream of nearly every screen in day-to-day life.

The company whose late 1990s turnaround meant branding itself for rebels and troublemakers spent Monday talking up how to use iPads to collaborate on business presentations and how its software will eventually help display fuel economy on car dashboards. Notably absent were any hints of Apple’s expected next big product, a mixed-reality headset that can overlay digital objects on a view of the real world. Hopeful fans got only a few tidbits of new augmented reality technology at a technical talk.

And Apple announced Apply Pay Later, a service that lets users make interest-free installments. The business, which will work over the MasterCard Inc network wherever Apple Pay is accepted, puts Apple in direction competition with payment providers like Affirm Holdings Inc and PayPal Holdings Inc.

But mostly Apple doubled down on existing products. A MacBook Air laptop was redesigned around a new M2 silicon processor, which it says is 35% faster than the previous M1 chip. The new laptop will be 2.7 pounds (1.2 kg) and have a 1080p high-definition camera to provide better images on video calls. The MacBook Air will start at $1,199, Apple announced at its WWDC 2022 conference.

The M2 chip will also power the 13-inch MacBook Pro, which will start at $1,299 and be available next month. Both chips will use a second generation of 5-nanometer chip manufacturing technology. Apple did not say who would make the chip, but likely manufacturers include longtime Apple partner Taiwan Semiconductor Manufacturing Co, which is struggling with delays of newer technology.

“They have to do volume” with the new laptops, said Bob O’Donnell of TECHnalysis Research. “That’s the safe choice,” he said of the 5-nanometer chips.

But Apple did break with its tradition of not tipping its hand about future technology when it showed off a new car dashboard that it said would be able to display data from major instruments such as speed, fuel levels and gas mileage. Apple said it was in talks with automakers such as Ford Motor Co, Nissan Motor Co, Mercedes-Benz and Honda Motor Corp. Vehicles with the software will not be announced until late next year.

The software connects more deeply into core driving systems than prior versions that were limited to the vehicle’s infotainment displays for playing music and showing maps. While Apple’s car software has been in vehicles since 2014 is currently available in more than 600 models – even including a few motorcycles – it is largely separate from the vehicle’s own operating systems. Vehicles owners must leave the system for even basic functions like adjusting a car’s climate controls, a shortcoming the updated system is designed to address.

Polestar, the premium electric vehicle maker owned by China’s Geely and Volvo Cars, is installing the current version of Apple CarPlay into its Polestar 2 cars through an over-the-air update later this month, Polestar spokesman JP Canton said. Which Polestar cars will get the newer version Apple announced on Monday are under discussion and no further information was available, he said.

A spokeswoman for Ford, which announced a software deal with Alphabet’s Google last year, declined to comment on Apple’s announcement. Automakers remain wary of allowing the tech giants unfettered access to the data generated by connected cars, or to allow them to displace the automakers’ brands with their own in dashboard displays.

Apple’s iPad also received a revamp to make it easier for users to juggle multiple applications and displays and to collaborate on business-centric documents such as presentations. The company also previewed an app called Freeform, which will act as a virtual whiteboard that multiple users can tap to share ideas during video meetings over Apple’s FaceTime service. The productivity features put Apple in more direct competition with Microsoft, whose Surface tablet computers are popular among business users.

The tech giant is also adding a tool called “Safety Check” to turn off access to sensitive information for people in abusive situations.

Apple introduced a new technology called Passkeys to replace passwords on websites. Apple said Passkeys are safer than traditional passwords because Passkeys are never stored on a web server. The company said it is working to enable the use of Passkeys with non-Apple devices.

Apple shares closed up less than 1%, similar to their level at the start of the presentation. 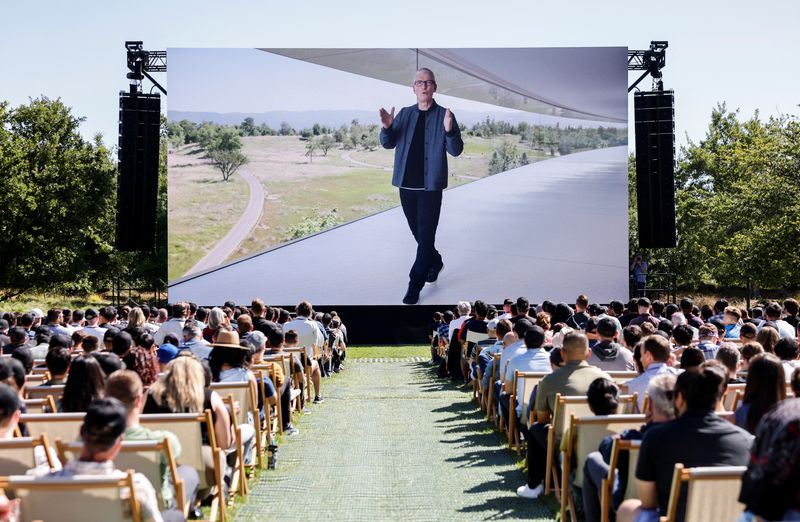 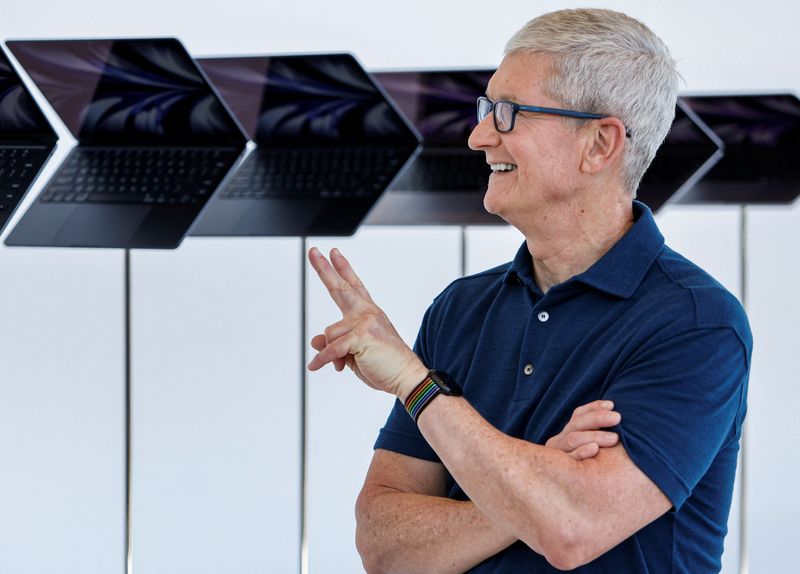 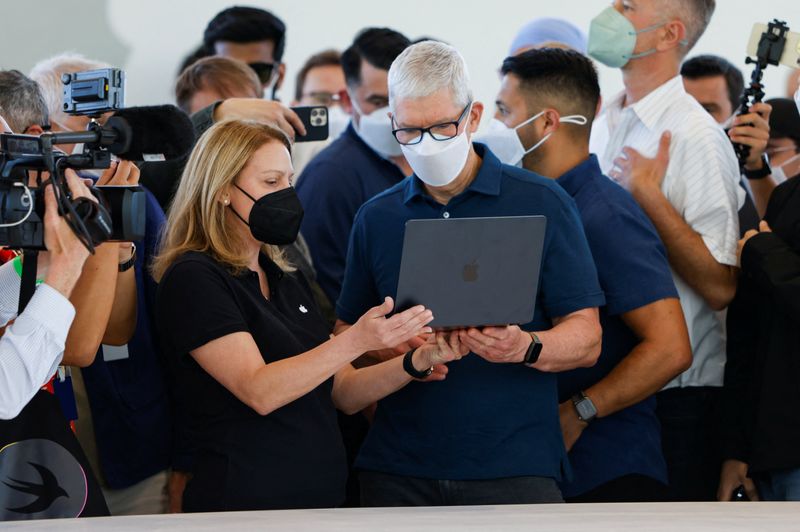 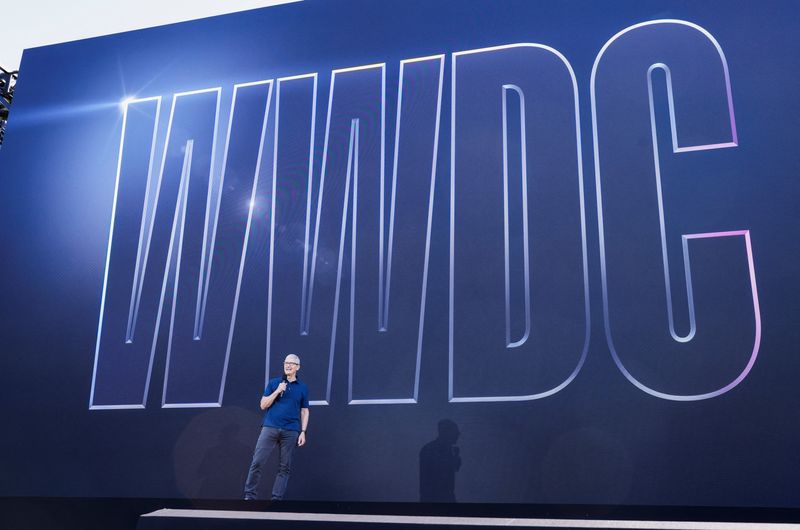 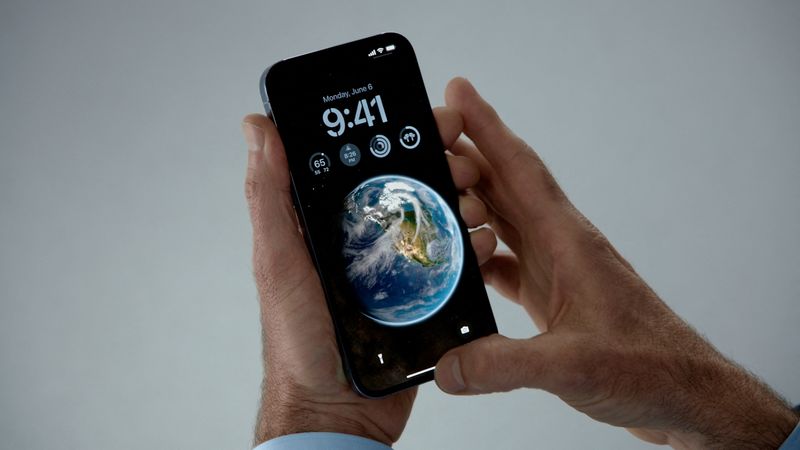 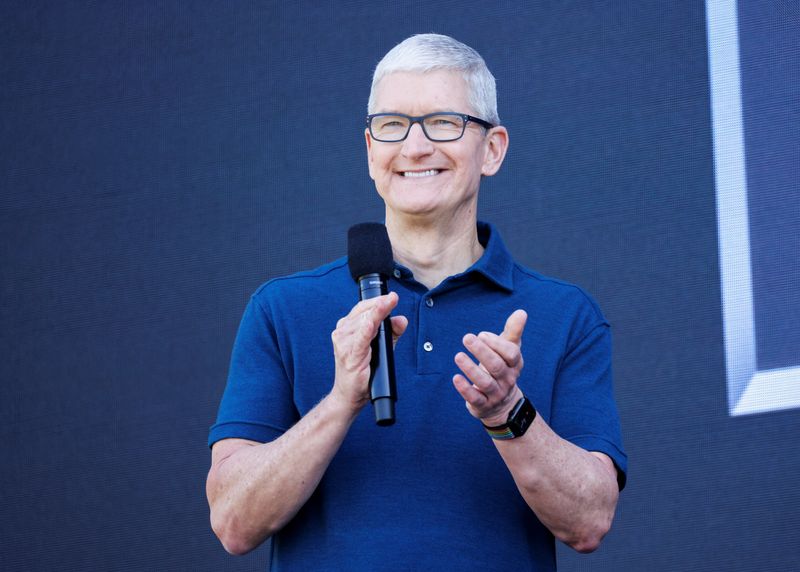 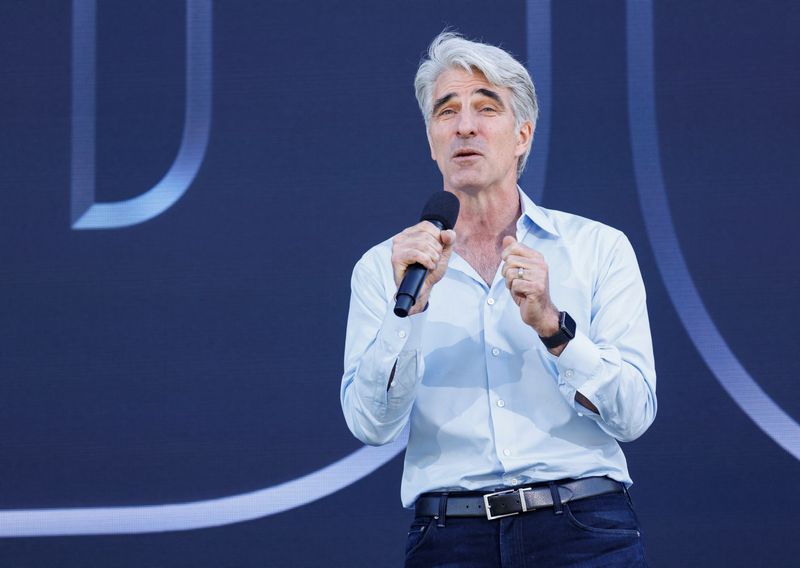 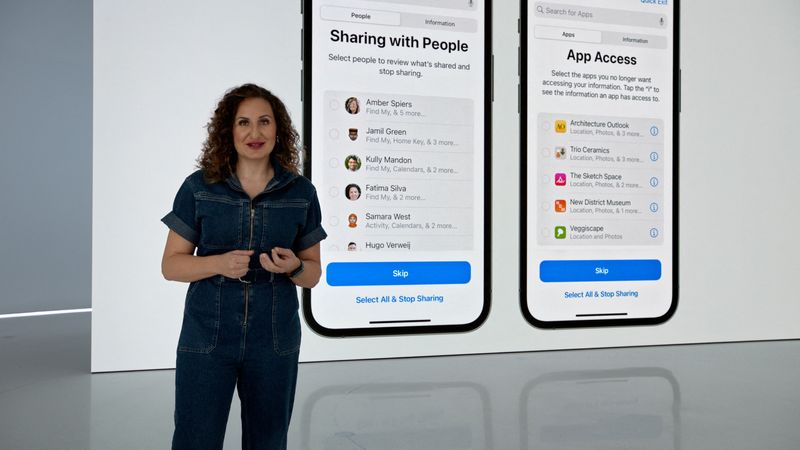