Unlike its U.S. and European counterparts, the BOJ does not face a trade-off between the need to tame inflation and support the economy, as Japan’s inflation remains modest and driven by temporary factors such as rising raw material costs, Kuroda said.

“Japan is absolutely not in a situation that warrants monetary tightening, as the economy is still in the midst of recovering from the pandemic’s impact,” Kuroda said in a speech.

As Russia’s invasion of Ukraine pushes up raw material costs, Japanese households are becoming more accepting of higher price tags, Kuroda said, describing it as an “important change” from the perspective of meeting the BOJ’s price target.

But Japan’s consumer inflation must achieve 2% on average, not in a temporary way driven by cost-push factors, Kuroda said.

“For inflation to stably accelerate toward 2%, wage and price growth must mutually rise in a positive cycle,” he said.

“The BOJ will be unwavering in its stance of maintaining powerful monetary easing, so that recent changes such as a rise in inflation expectations … lead to sustainable price growth,” he said.

“As long as the moves are stable and not very sharp, a weak yen in general is likely to have a positive impact on Japan’s economy,” Kuroda said.

Japan’s core consumer prices in April rose 2.1% from a year earlier, exceeding the BOJ’s 2% target for the first time in seven years, due largely to rising fuel and food costs.

BOJ officials have repeatedly stressed that such cost-push inflation will prove temporary and won’t prompt the central bank into tightening monetary policy. 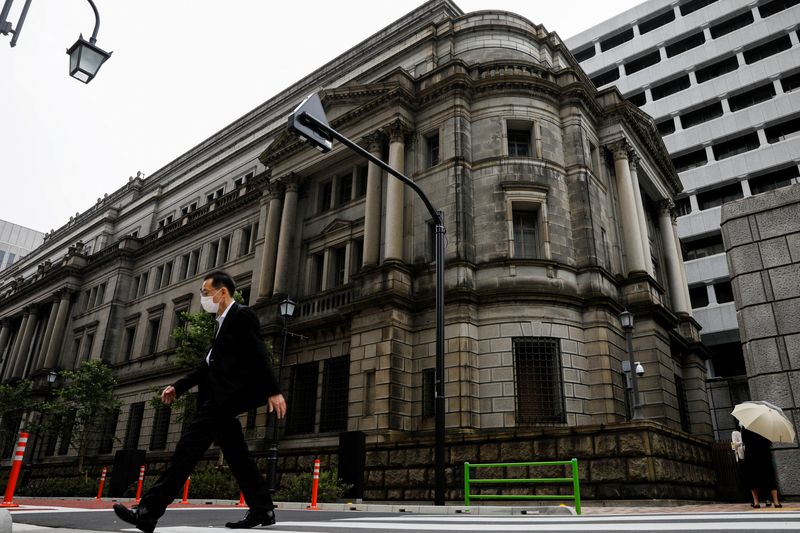