KYIV – Street fighting between Ukrainian and Russian troops raged in the battle for the industrial city of Sievierodonetsk as Moscow’s forces pushed to conquer Ukraine’s eastern Donbas, seeking a decisive win more than 100 days into the invasion.

Which side had the upper hand was unclear, with “the situation changing from hour to hour,” Oleksandr Stryuk, head of administration in Sievierodonetsk, said on television.

The city has become the main target of the Russian offensive in the Donbas – comprising Luhansk and Donetsk provinces – as the Kremlin’s invasion grinds on in a war of attrition that has seen cities laid waste by artillery barrages.

“In the city, fierce street fighting continues,” President Volodymyr Zelenskiy said in his nightly video address on Monday. “The Russian army is trying to deploy additional forces towards Donbas.”

The province’s governor Serhiy Gaidai said earlier on Monday the situation had worsened after Ukrainian defenders had pushed back the Russians over the weekend as they seemed close to victory.

Two civilians were killed in Russian shelling in the Donetsk and Luhansk regions on Monday and Russian forces had fired at more than 20 communities, according to the Ukrainian military.

Reuters could not independently verify the battlefield reports. Russia denies targeting civilians in the conflict.

“We are offering people the chance to evacuate,” Donetsk regional governor Pavlo Kyrylenko said on television.

“From Sloviansk we had more than 100 people evacuated since last week. About 24,000 residents remain. People are now understanding, though it is late, that it is time to leave.”

After being pushed back from Kyiv and Kharkiv in the war’s early stages, Russia says it is on a mission to “liberate” the Donbas, partly held by separatists since 2014, and is engaged in a “special military operation” to disarm and “denazify” its neighbour.

Ukraine and allies call this a baseless pretext for a war that has killed thousands, flattened cities and forced millions of people to flee abroad.

‘EXACTLY THE WEAPONS WE NEED’

“I am grateful to Prime Minister Boris Johnson for his complete understanding of our demands and preparedness to provide Ukraine with exactly the weapons that it so needs to protect the lives of our people,” he said.

On Sunday, President Vladimir Putin said Russia would strike new targets if the West supplied longer-range missiles. The same day, Russian missiles hit Kyiv for the first time in more than a month.

Amid a worsening global food crisis, U.S. Secretary of State Antony Blinken said there are “credible reports” that Russia is “pilfering” Ukraine’s grain exports to sell for profit.

Blinken said the alleged theft was part of broader Russian actions during its war in Ukraine that have hit Ukraine’s ability to export its wheat crop.

Prices for grains, cooking oils, fuel and fertilizer have soared since the Feb. 24 invasion.

Russia and Ukraine account for nearly a third of global wheat supplies, while Russia is also a fertilizer exporter and Ukraine is an exporter of corn and sunflower oil.

Nebenzia told Reuters: “I couldn’t stay” because of “the lies that Charles Michel came here to distribute.”

Western countries have also imposed sanctions of unprecedented sweep and severity on Russia over its invasion.

On Monday, Russia’s foreign ministry said it had slapped personal sanctions on 61 U.S. officials including the treasury and energy secretaries and leading defence and media executives.

The move, it said, was in retaliation for “constantly expanding U.S. sanctions”.

White House Press Secretary Karine Jean-Pierre did not comment when asked about the move during a briefing. 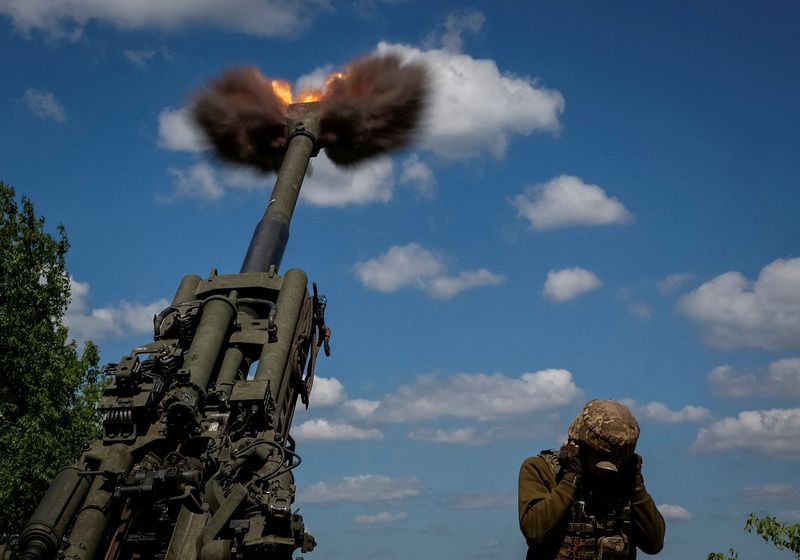 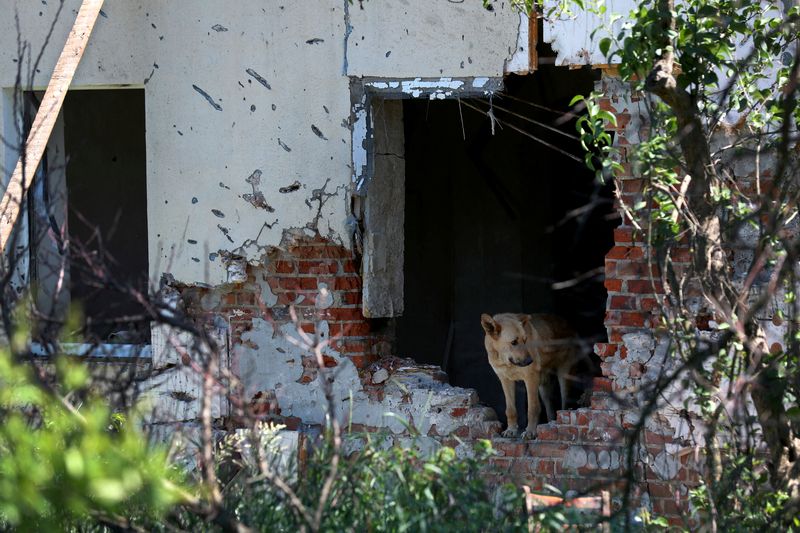 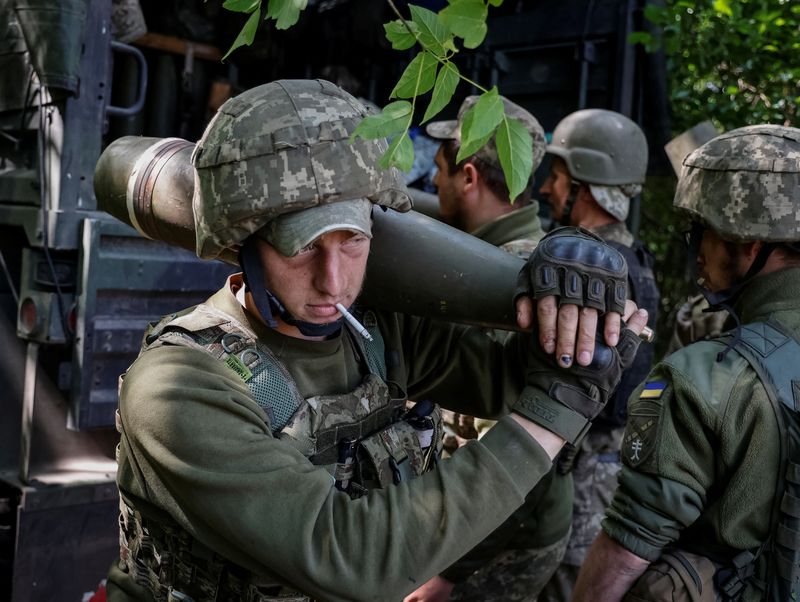 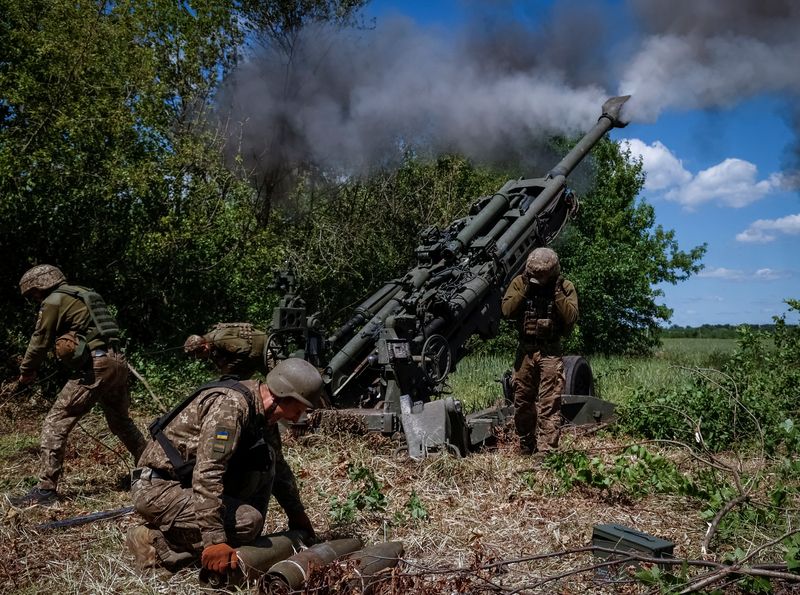 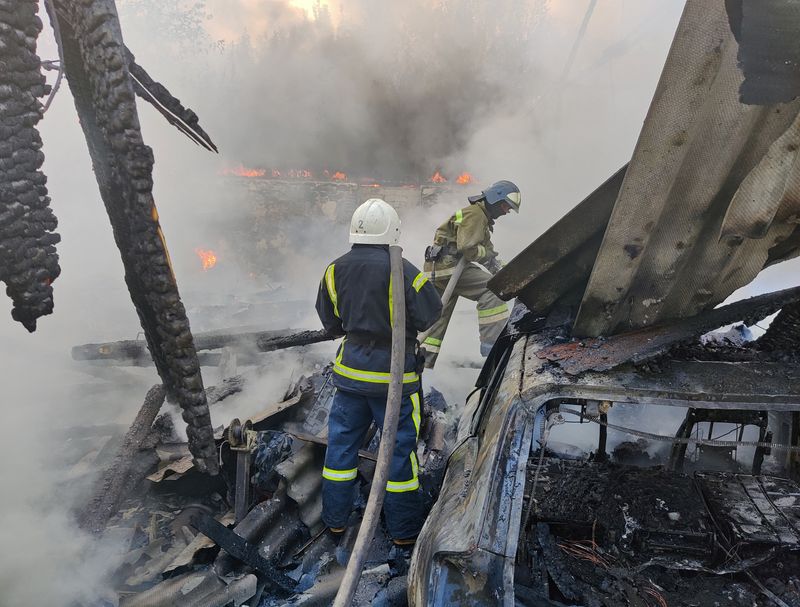