WASHINGTON – An environmental group said Monday it had sued two major Californian retailers to stop them selling thicker plastic bags that are supposed to be recyclable but cannot be recycled in the state.

The complaint alleges that the bags have symbols that mislead consumers into throwing them in curbside recycling programs that are unable to process the material.

The lawsuit comes as plastic producers and consumer goods companies come under legal, political and investor pressure to crack down on plastic waste and misleading claims around plastic recyclability.

Last month, California’s attorney general launched an investigation into the fossil fuel and petrochemical industries’ role in “causing and exacerbating the global plastics pollution crisis” and their “aggressive campaign” to tell the public that recycling could solve the plastic waste crisis.

The sale of these thicker recycled plastic bags emerged from what critics say has become a loophole in California’s 2017 ban on single-use shopping bags that enables retailers to sell reusable plastic bags for a minimum of 10 cents each if the bags can be recycled in California.

The California Statewide Commission on Recycling Markets and Curbside Recycling had asked the California attorney general and regulator CalRecycle in December to crack down on what it claimed was illegal labeling that was undermining the state’s efforts to tackle plastic pollution.

Gelson’s and Slater Bros. were not immediately available for comment. 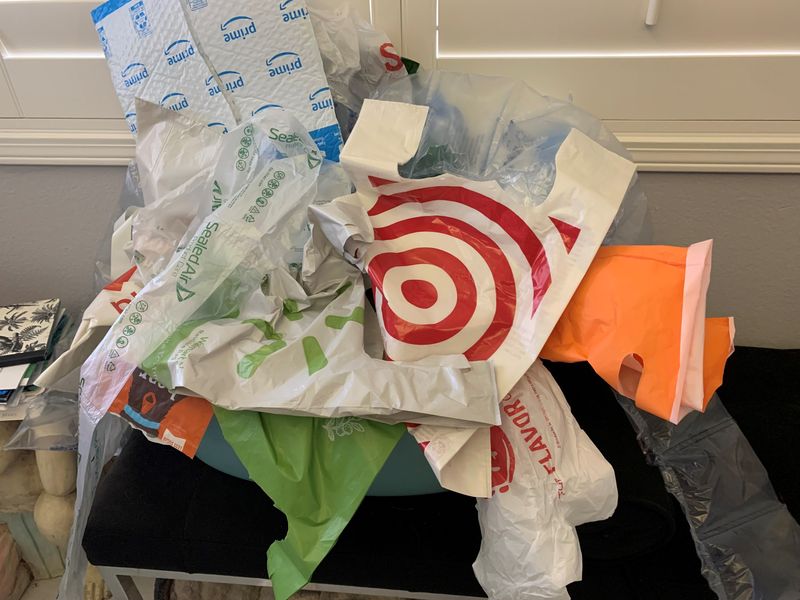