Lopez Obrador’s leftist National Regeneration Movement (MORENA) and its allies captured the governorships in the states of Oaxaca, Quintana Roo, Hidalgo and Tamaulipas, according to preliminary vote counts by electoral authorities.

Meanwhile, opposition candidates had big leads in the central state of Aguascalientes and Durango in the north, broadly in line with results anticipated by opinion polls. All six states holding elections began Sunday in opposition hands.

Securing four of the six governorships will give MORENA control of 20 of Mexico’s 32 regional administrations, and underline the president’s enduring electoral appeal. Governors allied with MORENA also run two other states.

Lopez Obrador, accusing his adversaries of seeking to defend entrenched inequality, said on Monday the results reflected a new reality in Mexico under his leadership.

“It’s a real change,” he told a regular news conference.

Polls have consistently shown Lopez Obrador is more popular than MORENA, the party that was a vehicle for his presidential campaign in 2018, when he won by a landslide.

Officials close to the president expect him to have significant influence over his potential successor, and the election victories should help him consolidate his power.

Grappling with the COVID-19 pandemic, the president has struggled to meet campaign pledges to boost economic growth and significantly lower gang-fueled violence. His roll-out of social welfare programs has buttressed his popularity, however.

Under Mexican law, presidents can serve only a single six-year term. Lopez Obrador’s successor is scheduled to be elected in June 2024. Mexico City Mayor Claudia Sheinbaum and Foreign Minister Marcelo Ebrard are among the favorites for the job.

Political analysts tend to view Sheinbaum as more ideologically aligned with Lopez Obrador’s base, and Ebrard as more moderate, with greater appeal to middle-class voters. 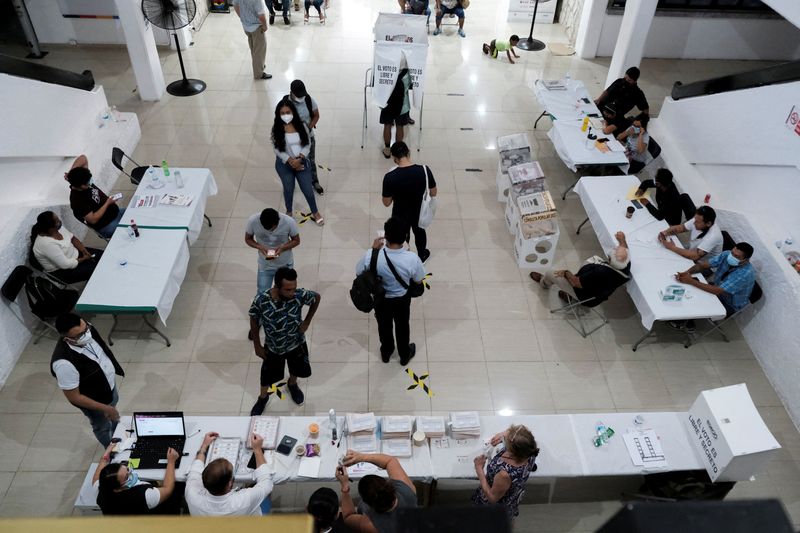