MEXICO CITY -Mexican President Andres Manuel Lopez Obrador said on Monday he would not attend the U.S.-hosted Summit of the Americas in Los Angeles this week because not all countries from the region were invited, but that he would visit President Joe Biden in July.

Lopez Obrador told reporters at a regular news conference that Foreign Minister Marcelo Ebrard would attend the summit in his place, as he had previously indicated.

The Biden administration has opted to exclude the governments of Cuba, Venezuela and Nicaragua from the summit, a White House official announced.

Lopez Obrador was one of several leaders who threatened to stay away if not all countries were invited.

That risks an embarrassing boycott for the United States as it tries to repair relations in the region following the administration of former President Donald Trump.

The Mexican president said policies of “exclusion” that had been imposed “for centuries” needed to change, criticizing what he called an unjustified desire for “domination”.

He rounded on U.S. critics of Cuba, but did say he would visit Biden in Washington next month.

Officials in Washington have said the tensions will blow over and that the summit will be successful no matter which leaders choose to attend.

Lopez Obrador said he would use his July visit to discuss immigration and push for more U.S. investments in Central America to help address the root causes of the phenomenon.

Later on Monday, U.S. Ambassador to Mexico Ken Salazar said the country looked forward to the contributions at the Summit of Ebrard and the Mexican delegation.

“In this, the bicentennial of the U.S.-Mexico diplomatic relationship, our bilateral relations only grow stronger,” Salazar said in a statement.

(Reporting by Kylie MadryEditing by Dave Graham and Alistair Bell) 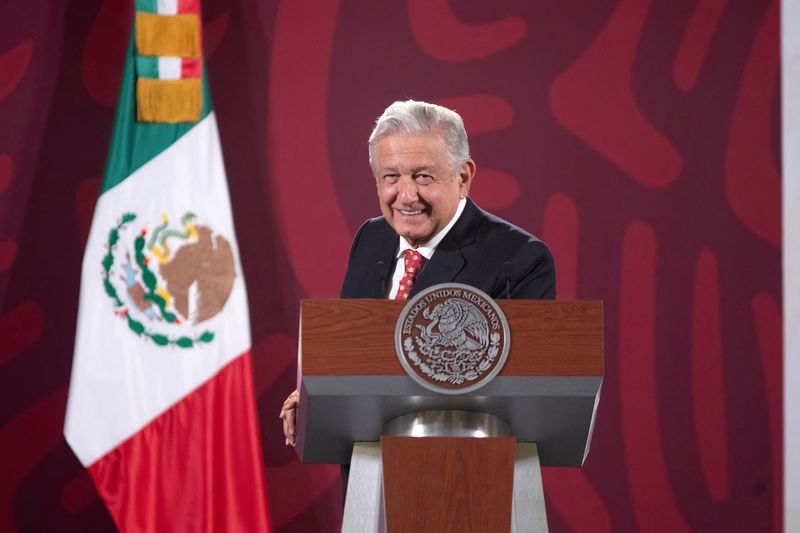