Saudi Arabia raised the July official selling price (OSP) for its flagship Arab light crude to Asia by $2.10 from June to a $6.50 premium over Oman/Dubai quotes, just off an all-time peak recorded in May when prices hit highs due to worries of disruptions in supplies from Russia.

The price increase followed a decision last week by the Organization of the Petroleum Exporting Countries and allies, together called OPEC+, to boost output for July and August by 648,000 barrels per day, or 50% more than previously planned, though constraint in global refining capacity has kept prices elevated.

“Crude inputs into the U.S. refineries have been reduced by about 6% from four years ago at this time with this reduction associating with a need for less crude cover while contributing to a severe tightness in the gasoline and diesel markets,” said Jim Ritterbusch, president of Ritterbusch and Associates in Galena, Illinois.

The increased target was spread across all OPEC+ members, many of which have little room to increase output and which include Russia, which faces Western sanctions after its invasion of Ukraine in February.

“With only a handful of … OPEC+ participants with spare capacity, we expect the increase in OPEC+ output to be about 160,000 barrels per day in July and 170,000 bpd in August,” JP Morgan analysts said in a note.

On Monday, Citibank and Barclays raised their price forecasts for 2022 and 2023, saying they expected Russian output and exports to fall by around 1 million to 1.5 million bpd by end-2022.

Separately, Italy’s Eni and Spain’s Repsol could begin shipping small volumes of Venezuelan oil to Europe as soon as next month, five people familiar with the matter told Reuters.

(Reporting by Laura Sanicola; Additional reporting by Shadia Nasralla in London, Florence Tan in Singapore and Sonali Paul in Melbourne; editing by Jason Neely, Will Dunham and Chris Reese) 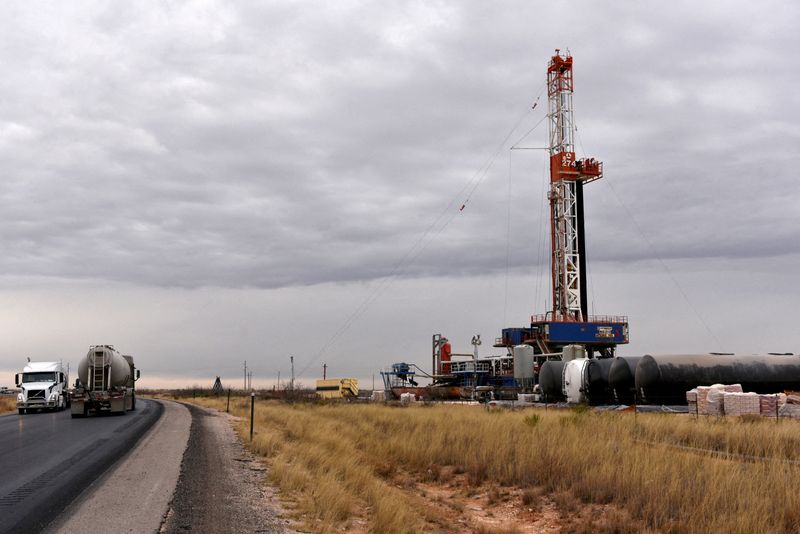