NEW YORK -Global equity markets rose on Monday on signs of an easing of COVID-19 pandemic-related and other restrictions by China and as investors took expected interest rate hikes in coming days in their stride despite crude oil hitting $120 a barrel.

The dollar gained against the euro ahead of a European Central Bank policy meeting on Thursday but risk appetite ebbed after being higher earlier on the day.

Sterling rose ahead of a confidence vote in Parliament that Prime Minister Boris Johnson won, but a rebellion by 148 of his 359 Conservative Party lawmakers dealt a serious blow to his authority.

“You’ve got the world’s second-largest economy continuing to open up,” Chandler said, referring to China. “It looks like Didi may be available again at the mobile app stores and Beijing opened up public transportation.”

Sentiment also was aided by comments by U.S. Commerce Secretary Gina Raimondo that President Joe Biden has asked his team to look at the option of lifting some tariffs on Chinese imports.

People no longer speculate that the Federal Reserve might hike interest rates by 75 basis points and have backtracked a bit from a 50 basis-point hike in September, which also has boosted sentiment, Chandler said.

The major U.S. stock indexes rose, as did the big bourses for Britain, Germany, France, Italy and Spain, all closing up 1% or higher.

U.S. Treasury yields rose as the market prepared for the sale of $96 billion in debt this week and ahead of data on Friday expected to show U.S. inflation is still running hot.

The consumer price index (CPI) is expected to have gained 0.7% last month, compared with 0.3% in April, with annual inflation unchanged at 8.3%, according to the median estimate of economists polled by Reuters.

The three U.S. debt auctions this week are likely to push yields higher as banks and investors prepare to absorb the issuance.

The yield on 10-year Treasury notes was up 8.5 basis points at 3.040%, the first time the benchmark’s yields have topped 3% in almost three weeks.

At the ECB meeting on Thursday, President Christine Lagarde is considered certain to confirm an end to bond-buying this month and a first rate increase in July, though the jury is out on whether that will be 25 or 50 bps, as some investment banks ramped up their expectations.

Money markets are priced for 130 bps of rate increases by year-end, with a 50 bps move at a single meeting fully priced in by October.

A high number would only add to expectations of aggressive tightening by the Fed next week, with markets already priced for half-point increases in June and July and almost 200 basis points (bps) by the end of the year.

Oil prices were largely unchanged in choppy trade, buoyed by Saudi Arabia raising its July crude prices but amid doubts that a higher output target for OPEC+ producers would ease tight supply. [O/R]

Gold prices slid, pressured by an uptick in the dollar and Treasury yields.

(Reporting by Herbert Lash in New YorkAdditional reporting by Huw Jones in LondonEditing by John Stonestreet, Will Dunham and Matthew Lewis) 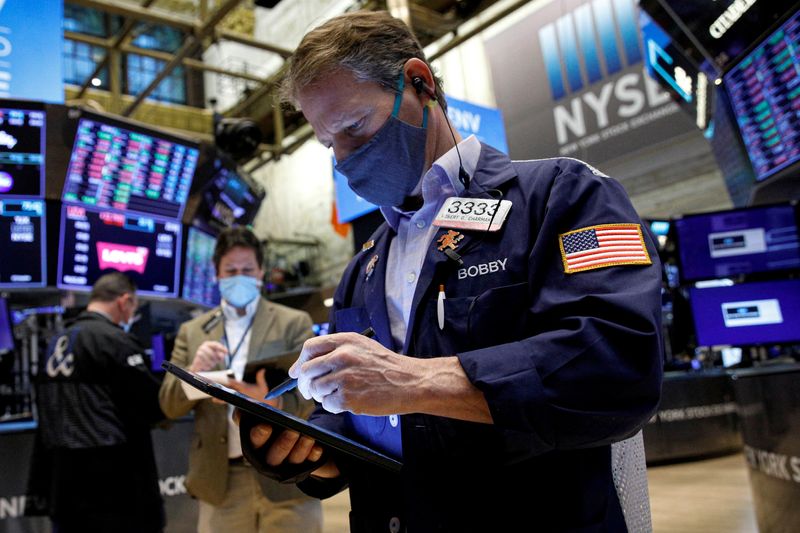