BANGKOK – Thailand’s fiscal and monetary policies must continue to align to ensure the economy will recover fully, the finance minister said on Monday.

The central bank, however, may consider raising its key interest rate when the economy recovers strongly, Finance Minister Arkhom Termpittayapaisith told a business seminar, in the face of surging inflation.

“But for now, fiscal and monetary policies must go together,” he said, as the government tries to support an otherwise slow economic recovery.

“The central bank must strike a balance between capital inflows and outflows, and economic matters to ensure that our economy can fully recover,” Arkhom said.

The Bank of Thailand (BOT) is expected to leave its policy rate at a record low of 0.5% when it meets on Wednesday, and for the rest of 2022, according to a Reuters poll, despite headline inflation in May hitting a high of nearly 14 years.

Southeast Asia’s second-largest economy could grow 3.5% this year, with expected yearly growth of 5% each in the remaining three quarters, he said. Last year’s expansion was 1.5%, among the slowest rates in the region.

The government is aiming for export growth of 10% this year which will be a key driver of growth this year, along with government spending and a recovery in tourism, Arkhom said.

The finance ministry has maintained its fiscal discipline, with the country’s public debt at 60.58% of GDP at the end of March, which is below the set ceiling, he added. 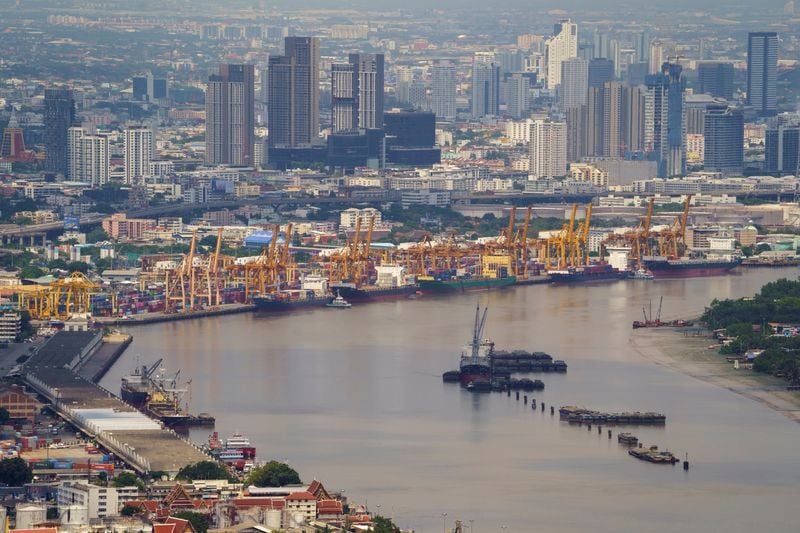