WASHINGTON – The United States has organized a flight to deliver 110,000 pounds of Nestlé infant formula from Germany to Texas on June 9, the White House said on Monday.

The formula, an equivalent of roughly 1.6 million 8-ounce bottles, will be made available nationwide and further announcements of deliveries of Nestle formula would be made in the coming days, it said.

“We aren’t letting up until we solve this problem, and we are working to ensure more safe formula is available on store shelves nationwide,” President Joe Biden said in a statement given to Reuters.

Biden said nearly 10 million bottles of safe infant formula would be brought into the country to be sold nationwide in the next two weeks.

“There’s more work to do, but we’re making progress and in the past two weeks, infant formula sales broke post-pandemic records,” he said.

The shortage of infant formula has become a potent political problem for Biden, who is also struggling to address concerns about high U.S. inflation ahead of the November mid-term elections.

Biden’s Operation Fly Formula has delivered 1.5 million “bottle equivalents” of Nestle formula and has arranged to get 8.3 million from Bubs Australia and Kendamil, the White House said.

Families in the United States have struggled to get baby formula in recent months after a February recall of some formulas by one of the nation’s main manufacturers, Abbott Laboratories. 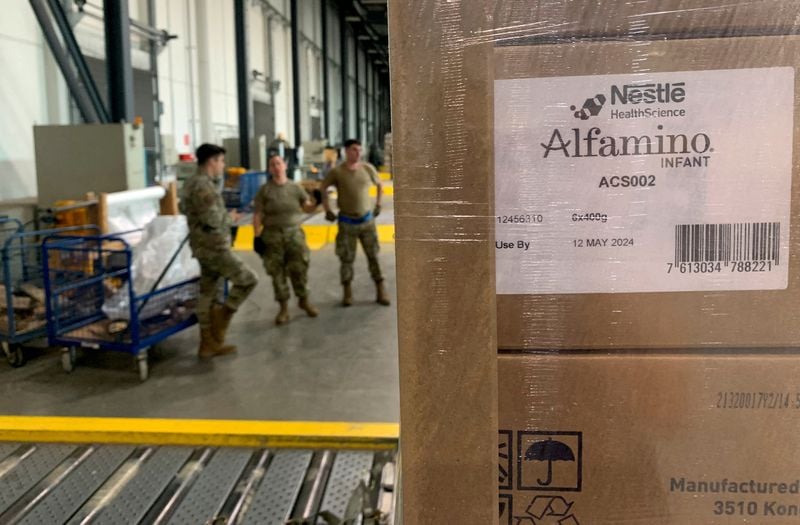