KYIV – Oleg Averyanov’s factory produced fire trucks and employed 600 people until it was forced to halt operations and close its doors as a Russian invasion force poured over the border into his region in northeastern Ukraine on Feb. 24.

Months later, the 44-year-old is gearing up to restart some of the plant’s operations 700 km (435 miles) away in the western city of Lviv, where he has moved some staff and 20 rail cars of equipment and production lines that weighed hundreds of tonnes.

“No one believed this could happen. But the war began and we decided to diversify the risks, move part of the production line to western Ukraine,” he told Reuters by phone.

Averyanov is part of a wave of businesspeople taking up a government programme to relocate businesses westwards from war-ravaged areas to protect manufacturers and shield them from further damage to an economy facing its greatest ever crisis.

The economy is projected to contract 35-45% this year as the war severs export routes for Ukrainian grains and metals, jacks up inflation and unemployment, and devastates heavy industry in the south and east where fighting has been fiercest.

Now it is transforming the geography of industry too.

More than 600 enterprises have already relocated to Ukraine’s western regions, and 390 of them had already resumed work by early June, according to Economy Ministry data.

Some 150 of those companies have moved to the Lviv region that borders Poland and has been relatively unscathed by the war, the regional administration said.

“The large-scale relocation of business to safe areas will help Ukraine maintain production, jobs and meet the demand of the army and civilian population for a number of goods and services that are necessary to defeat the enemy,” Economy Minister Yulia Svyrydenko wrote on Facebook on March 29.

Averyanov plans to retain some of his business’s operations at his original plant in Chernihiv region that was overrun by Russian troops in the first phase of the war before Moscow withdrew its forces there.

“The war will finish and we’ll have two factories – one in western Ukraine and one in Chernihiv region,” Averyanov said.

His company, Ukraine’s only producer of fire engines and fire equipment that are vital to the war effort, hopes to start operating in Lviv region by the end of June.

He plans to recruit and train about 100 local residents or internally displaced people this summer.

Though grateful for the support, he now wants the government to provide enterprises like his with procurement orders and criticised the preference shown to imported goods.

“We have retained our manufacturing capabilities… and our team of employees. But if the state does not think about how to provide orders to enterprises like ours that are moving to western Ukraine, then we will not survive,” Averyanov said.

His message was echoed by Central Bank Governor Kyrylo Shevchenko who has urged the government to scrap tax breaks for imports and to impose additional taxes on non-vital imported goods.

“The incentives created for imports in the form of the abolition of import duties and value-added tax deprive Ukrainian producers of an advantage,” he wrote in a column on the ZN.UA news website.

Ukraine has lost 200 large factories during the war, said Andriy Yermak, head of the presidential office.

In the east, the war has brought operations to a standstill at the Azovstal and Illich metallurgical plants in the city of Mariupol, the chemical Coke and Chemical Plant in Avdiivka and the Azot chemical plant in Sievierodonetsk.

“The government is doing a good job helping to evacuate businesses, it would be much worse without it,” said Mykhailo Kolisnyk, a professor at the Kyiv School of Economics.

But with their share of gross domestic product at no more than 1-2%, the number of relocated enterprises is not enough to noticeably improve the economy, he said.

A few large agricultural and metallurgical enterprises make up a sizeable chunk of Ukrainian gross domestic product but their production facilities cannot be relocated, he said.

“There is a number of such conglomerate enterprises in the east, and most of them have stopped making their contribution to GDP,” Kolisnyk said.

“Russia, the invaders, are deliberately destroying these enterprises and taking away their products.” 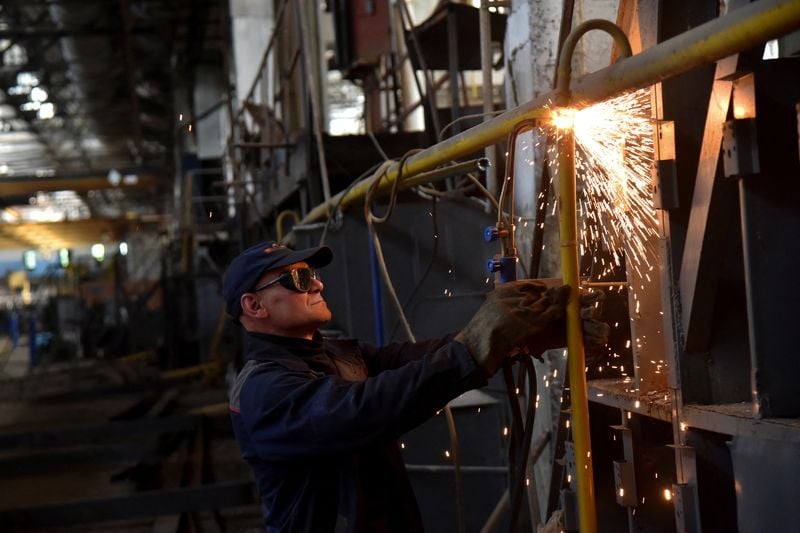 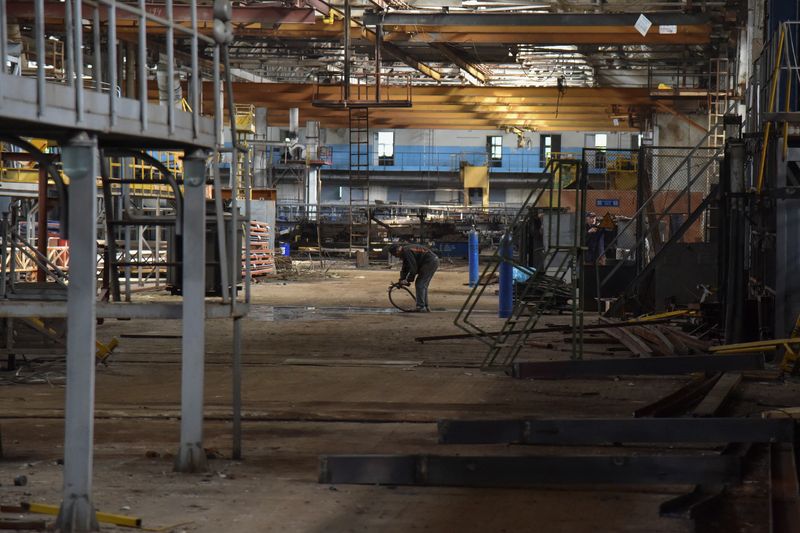 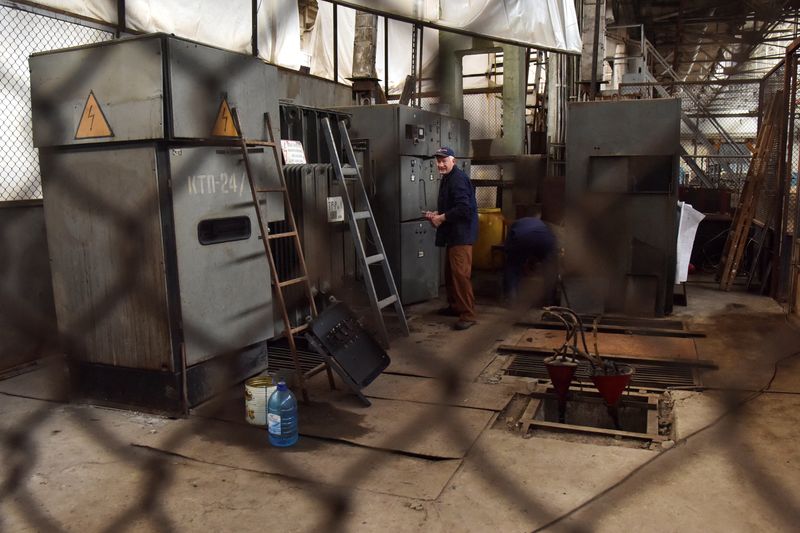 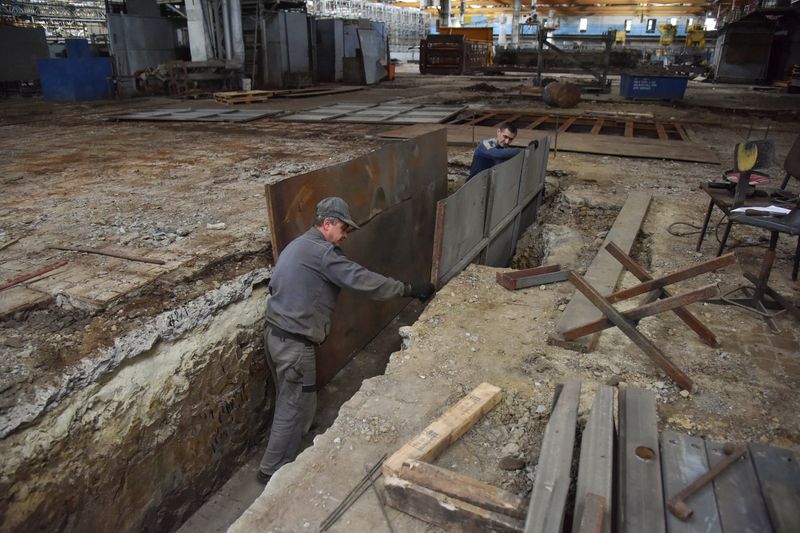 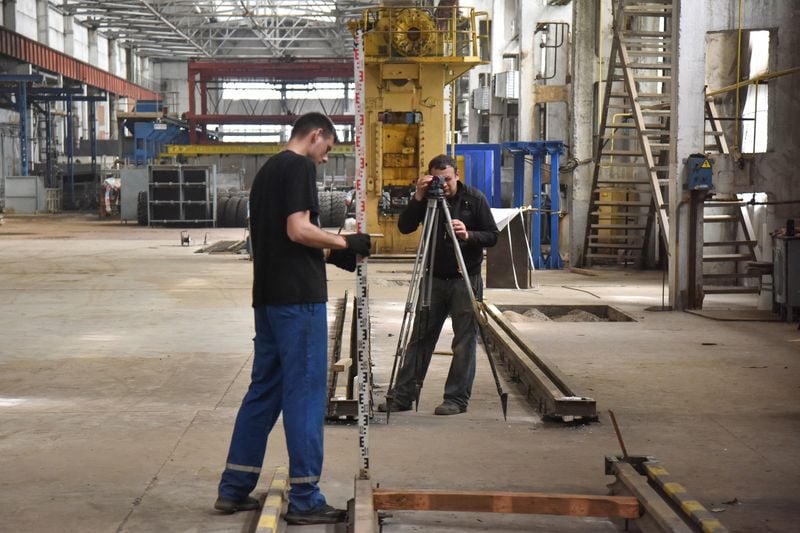