By Anna Ringstrom and Stine Jacobsen

STOCKHOLM -The Swedish government will not inject new capital into SAS, its industry minister said on Tuesday, dealing a blow to the loss-making airline’s restructuring efforts and sending its shares down 14% to record lows.

SAS said last week a restructuring plan announced in February depended on it raising 9.5 billion Swedish crowns ($968 million) in cash and converting 20 billion crowns of debt to equity, warning of liquidity problems if it fell short.

But no shareholders, including main owners Sweden and Denmark with 21.8% stakes each, have yet committed to the carrier’s plan.

“We want to be clear that we will not inject new capital into SAS in the future,” Swedish industry minister Karl-Petter Thorwaldsson told a news conference.

Thorwaldsson said he would, however, propose to parliament that SAS be allowed to convert debt it owes to the government into equity capital. In the long term the government still wants to exit SAS completely, he added.

Denmark’s finance minister, Nikolai Wammen, said he had noted the Swedish decision but Danish lawmakers were still assessing the airline’s plans and how the state could “contribute”.

A decision is expected by mid-June, Wammen said in a written comment.

A SAS statement said that Sweden’s decision to support the debt conversion was an important step for a transformation to succeed.

Sweden has injected 8.2 billion crowns ($834 million) into the airline over recent decades, including loans to rescue the company from collapse during the COVID-19 pandemic.

The carrier was struggling even before the pandemic hammered the travel sector. Squeezed by growing competition from low-cost carriers such as Ryanair and Norwegian Air, it has sought deals with labour unions on cost cuts.

“The Swedish decision puts serious pressure on creditors and employees to enter into agreements,” Sydbank analyst Jacob Pedersen said in a note to clients.

“If the company can’t attract capital, because Sweden and possibly Denmark won’t invest more money, this risks being a step on the way to the grave.”

Pedersen has a sell rating on the stock, which has lost 67% so far this year.

SAS is not alone in its post-pandemic struggles. Air France-KLM last month launched a 2.3 billion euro ($2.4 billion) share sale to boost its capital. 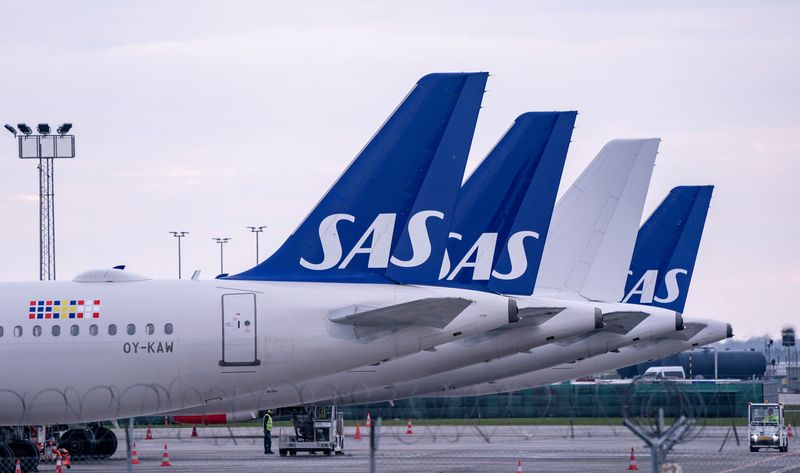