SYDNEY – A recent spike in Australia’s energy prices is threatening to keep inflation higher for longer, a major reason policymakers this week felt compelled to hike interest rates by the most in two decades and warn of a lot more to come.

The surprisingly sharp half-point rate rise to 0.85% came even as consumer sentiment hit depths last seen during the worst of the pandemic and house prices in Sydney and Melbourne suffered a third month of losses.

Among the justifications cited by the Reserve Bank of Australia (RBA) was that rising energy prices meant inflation was now set to be higher than expected just a month ago.

“The energy market has been hit by a perfect storm of rising demand, a reduction in output from coal fired base load generation plus record high coal and gas prices,” says Justin Smirk, a senior economist at Westpac.

That is likely to be a shock for the RBA given it had long argued that inflation was less of a problem in resource-rich Australia precisely because energy costs had not surged here.

Australia had lagged industrialised peers such as the United States and New Zealand in shifting away from the crisis-mode monetary settings of the pandemic and had up until recently urged patience on price pressures caused by supply bottlenecks. It delivered its first rate hike in over a decade in May.

The Labor government, in just its third week in power, has promised to ease the cost of living crisis in an October budget, but has no easy solution for the energy spiral.

Combined with higher food and petrol costs, Westpac’s Smirk now sees consumer price inflation accelerating to an annual 5.8% this quarter, up from the first quarter’s 20-year peak of 5.1%.

Even more alarming, Smirk warned the protracted nature of the problem means inflation could accelerate further to 6.6% in the fourth quarter, well above the RBA’s forecast of 5.9% and the fastest pace since 1990.

There are plenty of signs firms were already passing on rising costs to customers, ending years of restraint when intense competition was the overriding concern.

A monthly survey from the Melbourne Institute out this week showed its measure of core inflation jumped by 0.7% in May alone, the biggest increase since 2009.

The annual increase in the trimmed mean of 4.0% was the highest since 2008 and far above the RBA’s target range of 2-3%.

“It suggests upstream cost pressures and price pass through continued or accelerated into the beginning of Q2 and we expect another strong trimmed mean result in July,” said Taylor Nugent, an economist at NAB.

The official CPI report for the second quarter is due on July 27 and the RBA’s favoured trimmed mean measure of inflation could reach 4.5%. The same time last year it was at 1.6%.

All of that suggests the RBA has a lot further to go on rates and is in a hurry to get there.

“The RBA Board has radically shifted gear,” said Gareth Aird, head of Australian economics at CBA. “The clear intention to drive inflation back to target means we now expect a further 50 basis point rate hike in July.”

He also sees quarter-point moves in August, September and November taking rates to 2.1%.

“However, economic momentum will slow significantly under the weight of such a contractionary setting and we have pencilled in rate cuts for late 2023.” 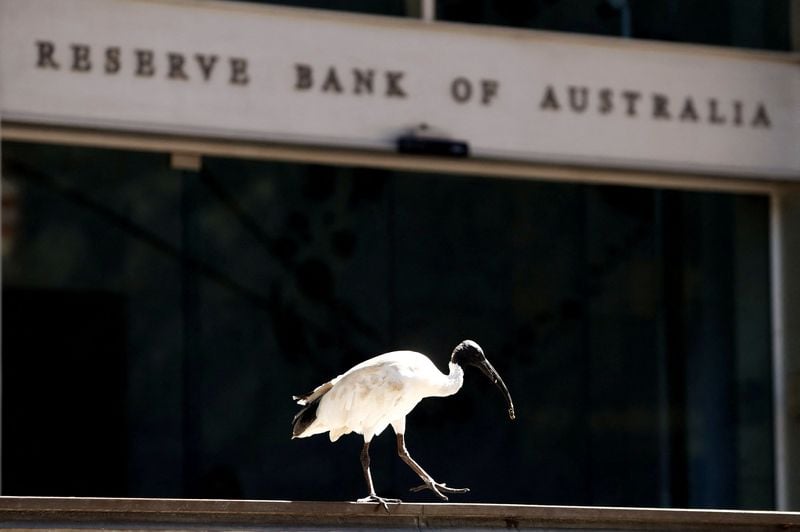