“We are now good friends with Elon Musk because we are preparing to supply batteries to Tesla very soon,” said Lian Yubo, BYD’s executive vice president in an interview with Kui Yingchun, an anchor with China’s state-owned broadcaster CGTN.

BYD and Tesla did not immediately reply to requests for comment.

BYD, the world’s biggest manufacturer of the fleet including electric vehicles and plug-in hybrids, has been working on to supply batteries to other automakers including Toyota.

In 2020, BYD officially launched its Blade battery, a less bulky lithium-iron-phosphate (LFP) battery that its Chairman Wang Chuanfu believed to be safer than other alternatives in the market and would not catch fire.

Chinese battery giant CATL is currently the sole supplier of LFP batteries to Tesla, which has been installing such batteries in cars manufactured in the Shanghai plant since 2020.

Tesla disclosed that nearly half of the vehicles it produced in the first quarter were equipped with LFP batteries – a cheaper rival to the nickel-and-cobalt based cells that dominate in the West.

Panasonic and LG Energy Solutions are the main suppliers of nickel-and-cobalt based cells to Tesla. 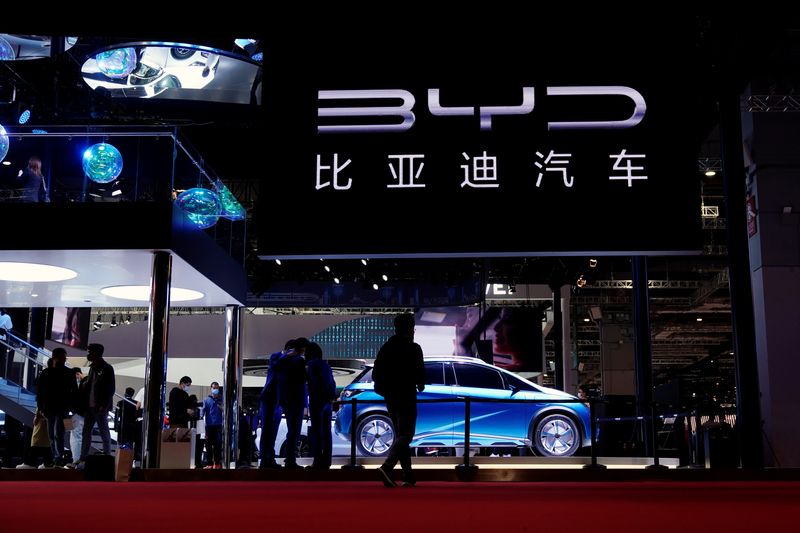