NEW YORK – The U.S. dollar index retreated from earlier highs and fell on Tuesday as Wall Street stocks erased initial declines amid growing hopes that inflation may have peaked, but the greenback managed to hit its highest level in 20 years against the Japanese yen.

While a decline in Target dented gains on Wall Street, U.S. stocks mostly advanced as some investors took the retailers profit warning as a sign price pressures on the consumer may start to ease.

Longer-dated U.S. Treasury yields, which hit a 3-1/2 week high overnight on concerns the Federal Reserve will continue on its aggressive rate hike path as it seeks to combat inflation, also eased as a tapering off of inflation could slow the central bank’s hiking plans.

“The market is pricing in that the Fed is going to do almost all of what it says it is going to do, but that being said you are starting to get this idea that maybe inflation has reached its peak and might be starting to roll over,” said Thomas Martin, senior portfolio manager at Globalt Investments in Atlanta, Georgia.

“Retailers are having inventory accumulation problems and you are seeing some prices come down so rates in the U.S. at least have stalled out in this area.”

Investors will get a look at the latest inflation reading on Friday in the form of the May consumer price index.

After touching a near 20-year high of 105.01 on May 13, the dollar index has eased back to around the 102 level, although Friday’s strong payrolls report helped the greenback notch its first weekly gain in three.

The yen weakened to touch 132.99 per dollar, its softest since April 3, 2002. The greenback has been strengthening against the yen as the policy paths of their countries’ respective central banks diverge.

On Tuesday, Bank of Japan Governor Haruhiko Kuroda repeated his view that a weak yen benefited the economy if its moves were not too sharp, a comment that followed the currency’s fall to a fresh two-decade low.

The pound gained against the dollar, rebounding after falling to a three-week low against the greenback on the heels of British Prime Minister Boris Johnson escaping a confidence vote that left him politically wounded.

The Australian dollar rose 0.65% versus the greenback to $0.724 after the Reserve Bank of Australia lifted its cash rate by 50 basis points to 0.85%, the most in 22 years, and flagged more tightening to come as it battles to restrain surging inflation.

Investors will hear from the European Central Bank at its next policy announcement on Thursday, with the U.S. Federal Reserve set to announce policy next week. 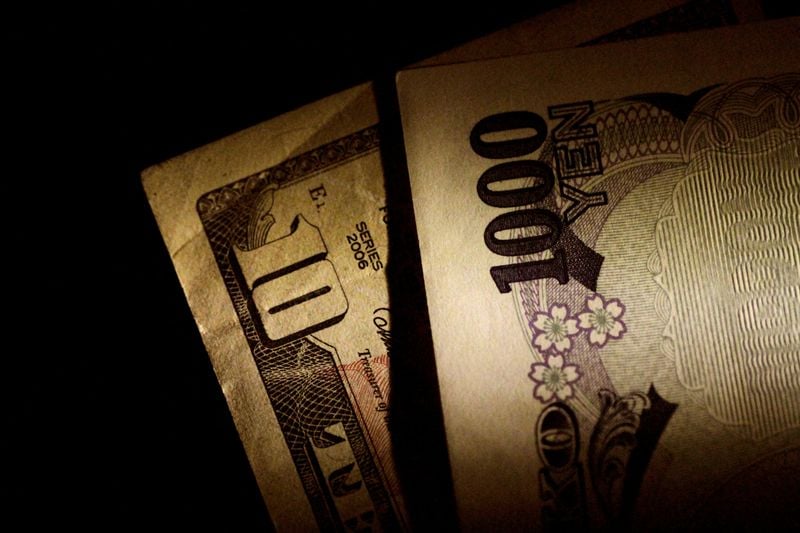