MUMBAI – Leaders of India’s Hindu nationalist ruling party on Tuesday instructed officials to be “extremely cautious” when talking about religion on public platforms after derogatory remarks about the Prophet Mohammad drew protests from Islamic nations.

Two BJP leaders said the verbal instructions were given to over 30 senior officials and some federal ministers who are authorised to take part in debates hosted by Indian news channels often broadcast live to millions of viewers.

“We don’t want party officials to speak in a way that hurts the religious sentiments of any community…They must ensure the party’s doctrine gets shared in a sophisticated manner,” said a senior BJP leader and federal minister in New Delhi.

With about 110 million members, mainly Hindus, the BJP is the world’s largest political party, while Muslims comprise around 13% of India’s 1.35 billion population.

Last week the BJP suspended the spokeswoman and expelled another official after Islamic nations demanded apologies from the Indian government and summoned diplomats to protest against anti-Islamic remarks made during a TV debate.

Qatar, Saudi Arabia, Oman, the United Arab Emirates, Indonesia, Afghanistan, Pakistan and Iran were among the nations that made their complaints public.

The influential 57-member Organisation of Islamic Cooperation (OIC) said in a statement that the insults came in the context of an increasingly intense atmosphere of hatred toward Islam in India and systematic harassment of Muslims.

Although Modi’s party has denied any rise in communal tensions during his reign, BJP rule has emboldened hardline Hindu groups in recent years to take up causes they say defend their faith, stoking a rise in anti-Muslim sentiment.

The U.S. State Department, in an annual report on international religious freedom released in June, said that attacks on members of minority communities, including killings, assaults, and intimidation, took place in India throughout 2021.

India’s foreign ministry said on Monday the offensive tweets and comments did not in any way reflect the government’s views.

“We are not barred from speaking on sensitive religious issues, but we must never insult the basic tenets of any religion,” said senior BJP spokesperson Gopal Krishna Agarwal.

Modi in recent years has improved economic ties with energy-rich Islamic nations, the main source for India’s fuel imports, but relations have come under stress from the anti-Islamic utterances of the two BJP members, foreign policy experts said.

Small-scale protests erupted in parts of India as Muslim groups demanded the arrest of the suspended BJP spokeswoman. 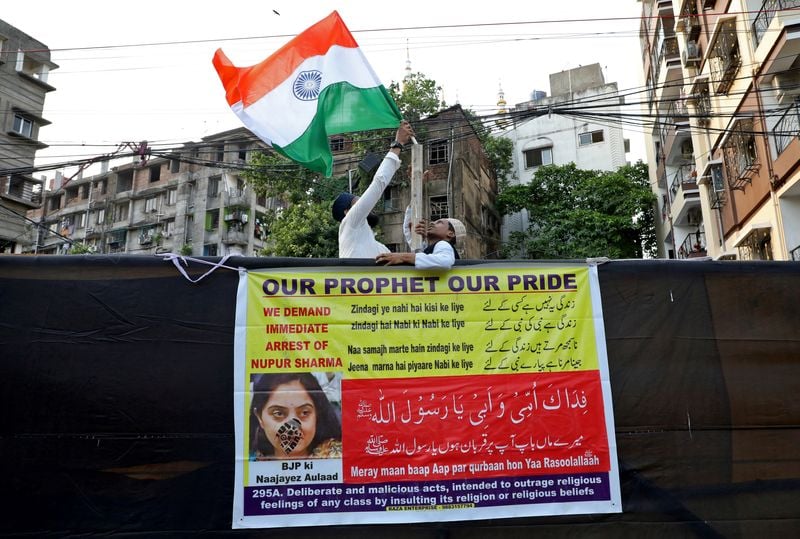 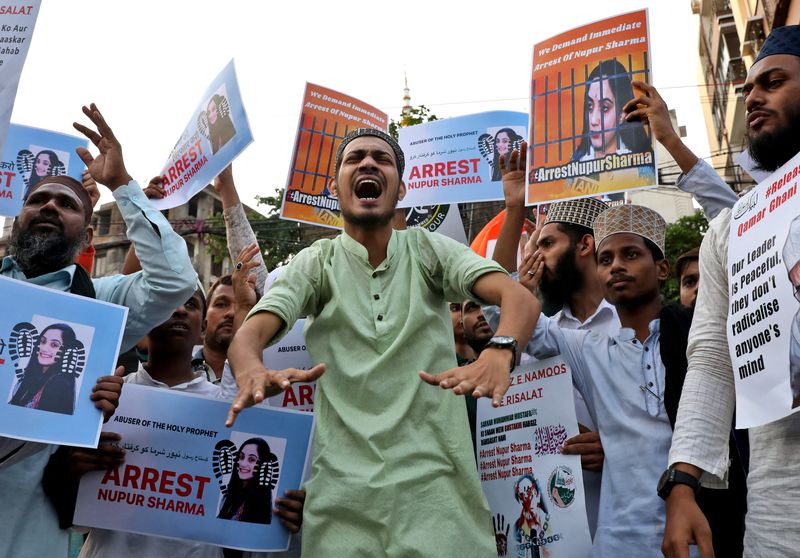 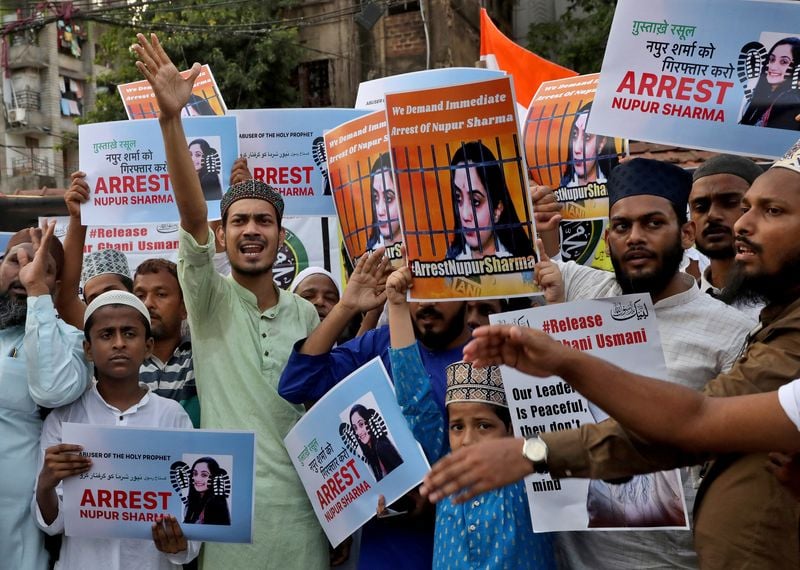