TOKYO – Japan’s economy shrank slightly less than initially reported in the first quarter, as private consumption remained resilient in the face of resurgent COVID-19 infections and companies rebuilt their stock, offsetting a drop in business spending.

While the slower contraction is welcome news for policymakers hoping the economy will return to growth this quarter, persistent supply chain disruptions remain a risk to economic momentum in April-June.

Revised gross domestic product (GDP) data released by the Cabinet Office on Wednesday showed Japan’s economy shrank an annualised 0.5% in January-March. That was a smaller drop than the preliminary reading of a 1.0% fall released last month.

On a quarter-on-quarter basis, GDP lost 0.1%, beating median market expectations for a 0.3% drop.

Private consumption, which makes up more than a half of Japan’s GDP, increased 0.1% in the first quarter from the previous three months, revised up from a flat reading thanks to a stronger contribution from mobile phone fees and car sales.

An increase in inventories also supported growth, in a sign that automakers and other manufacturers were looking for ways to cope with supply chain pressures, said Takumi Tsunoda, senior economist at Shinkin Central Bank Research Institute.

That helped offset a 0.7% fall in capital spending, but could indicate lower GDP growth in the current quarter as inventory growth cools.

“Growth is likely to come in positively, but that isn’t likely to lead to a wide sense of recovery,” said Tsunoda, warning of the negative impact in the second quarter from China’s strict coronavirus lockdowns.

Economists polled by Reuters last month forecast strong annualised growth of 4.5% this quarter. A majority of respondents said they expected growth will be strong enough for the economy to recover to pre-pandemic levels, although risks are growing.

Stefan Angrick, Senior Economist at Moody’s Analytics, said Japan’s economy was not out of the woods yet.

“External disruptions stemming from Russia’s invasion of Ukraine and COVID-19 lockdowns in China are a significant drag,” he wrote in a note. “Supply snags are weighing on exports, production and – increasingly – investment spending.” 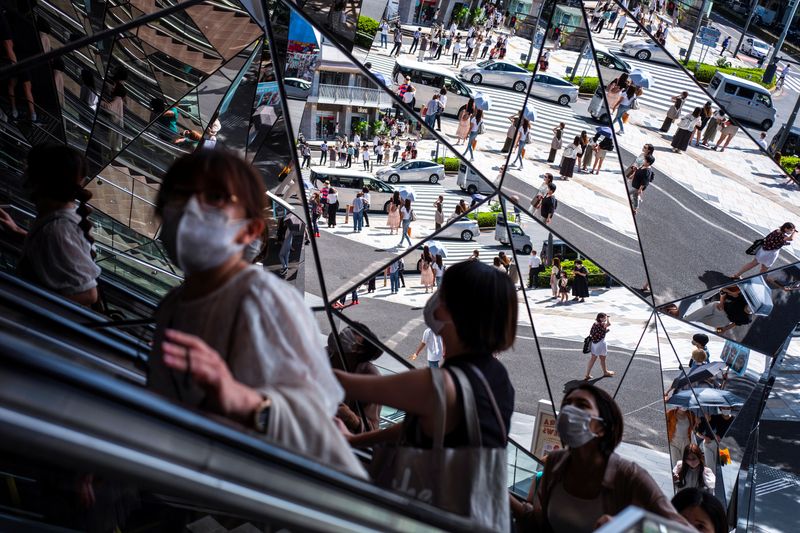