By Jose Torres and Lizbeth Diaz

TAPACHULA – Several thousand migrants, many from Venezuela, set off from southern Mexico early Monday aiming to reach the United States, timing their journey to coincide with the Summit of the Americas in Los Angeles this week.

Migration activists said the group could be one of the region’s largest migrant caravans in recent years.

At least 6,000 people, according to Reuters witnesses, left the border city of Tapachula. Mexico’s National Institute for Migration did not provide an estimate of the group’s size and provided no additional comment on the caravan.

Caravan organizer Luis Garcia Villagran said the group represented various nationalities of people fleeing hardship in their home countries, including many from Venezuela.

“These are countries collapsing from poverty and violence,” he said. “We strongly urge those who attend the summit … to look at what is happening, and what could happen even more often in Mexico, if something is not done soon.”

U.S. President Joe Biden is expected to announce a regional pact on migration later in the week.

The migrants, including many children, began their trip early under rainfall and fanned out across several lanes of highway, with some wearing plastic ponchos and holding umbrellas, Reuters images show.

Large caravans headed to the United States also traveled across Mexico in 2018 and 2019, mostly comprised of Central Americans, followed by smaller groups in recent years.

Colombian migrant Robinson Reyes, 35, said he hoped the group would attract the attention of leaders at the summit.

“We want a future for our children … we want to cross Mexico without any problems,” he said. “God willing, they can talk and resolve this.” 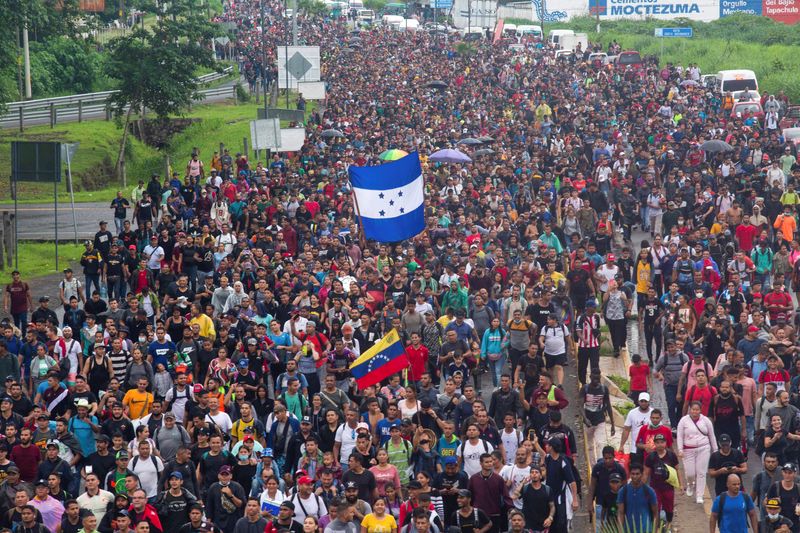 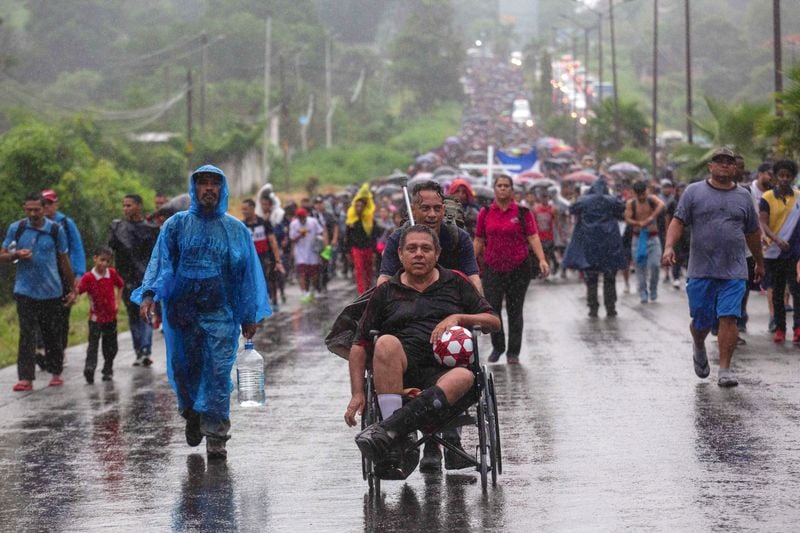 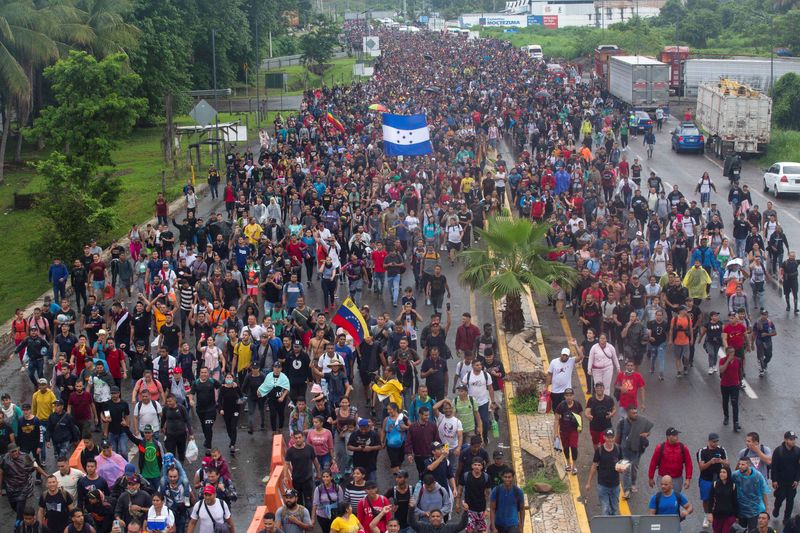 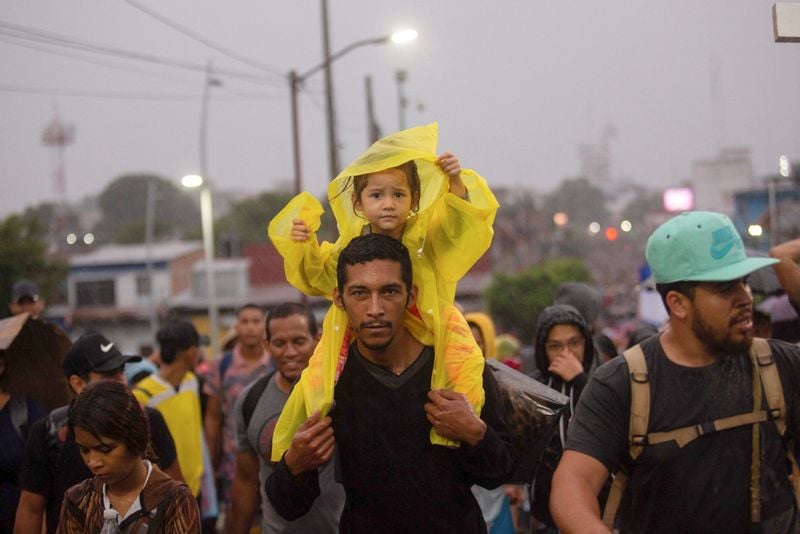 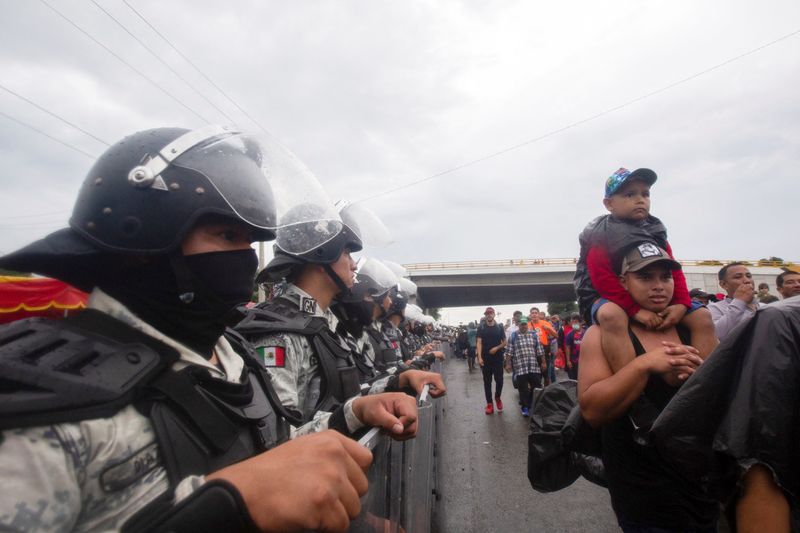