By Temilade Adelaja and Seun Sanni

OWO, Nigeria -Survivors of an attack by unknown assailants on a Catholic church in Nigeria lay weeping and writhing in pain at a local hospital on Monday after suffering what a doctor described as lacerations, bullet wounds and blast injuries.

At least 50 people including children were killed, according to media reports, during the attack on St Francis Catholic Church in the town of Owo, which took place during Sunday mass as worshippers were celebrating the Christian holiday of Pentecost.

Police, who have yet to release a death toll, said they had recovered unexploded improvised explosive devices and shells from AK-47 ammunition.

“Some of the gunmen disguised as congregants, while other armed men who had positioned themselves around the church premises from different directions, fired into the church,” national police spokesman Olumuyiwa Adejobi said in a statement.

He said a vehicle used by the assailants to escape had been recovered. Its owner was helping with investigations.

Inside the church, streaks of blood on the floors and walls, a broken lectern and pew, plaster debris and abandoned items including shoes and a well-thumbed Bible covered in shards of glass bore witness to the intensity of the violence.

“Immediately they entered and started firing everywhere, so many people,” said Alex Michael, who was shot in the leg while protecting his children by hiding them under chairs. He appeared dazed as he sat on his hospital bed.

Other survivors had limbs wrapped in bloodstained bandages. One man writhed and moaned on his bed while a woman wept as she embraced her brother. A 15-year-old victim lay silently with a drip in his hand.

Dr Samuel Aluko, a registrar at the hospital, said 27 adult victims were receiving treatment for a wide range of injuries, some life-threatening. One woman lost both legs.

Medical director Dr Ahmed Lasu said 13 children had been rushed to the hospital. Two were dead on arrival.

Owo is located in Ondo State in southwest Nigeria, a part of the country not prone to violent conflict over religion. Authorities have said nothing about the identity or motive of the attackers.

Pope Francis and Nigerian President Muhammadu Buhari were among those who expressed horror at the attack.

Ondo State Governor Arakunrin Akeredolu on Monday directed that flags in the state should be flown at half-mast for seven days.

Vice President Yemi Osinbajo and former Lagos State governor Bola Tinubu, the frontrunners in the ruling party’s primaries to select its presidential candidate for next year, both visited the church.

Many shops in the town stayed closed. Security forces were on the streets and helicopters passed overhead.

Southwest Nigeria is home to the Yoruba ethnic group, who are divided roughly equally between Muslims and Christians. The two communities live side by side peacefully.

An Owo resident said some local people were blaming the church massacre on members of the Hausa-Fulani ethnic group, who are predominantly Muslim and live mostly in northern Nigeria, with communities in other regions.

Neither the police nor state authorities have blamed any group.

There have been an increasing number of outbreaks of violence in recent years between Fulani herdsmen seeking land for their cattle to graze on and farmers from other ethnic groups seeking to shield their lands.

In a separate incident, Catholic priest Father Christopher Itopa Onotu was abducted during the weekend from his rectory in the town of Obangende in Kogi State, which neighbours Ondo to the north, the Catholic diocese of Lokoja said. 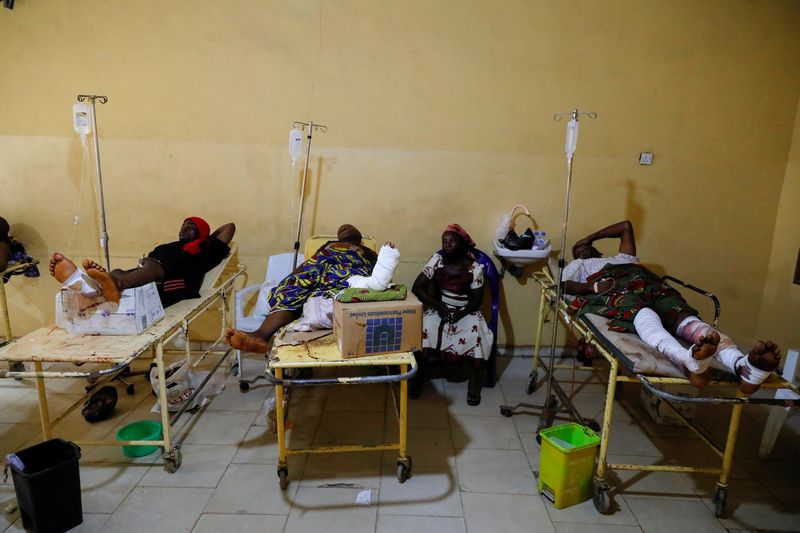 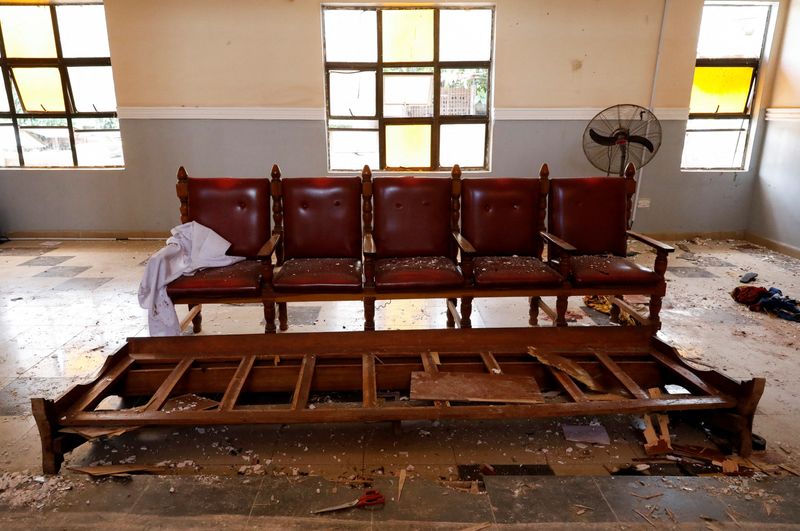 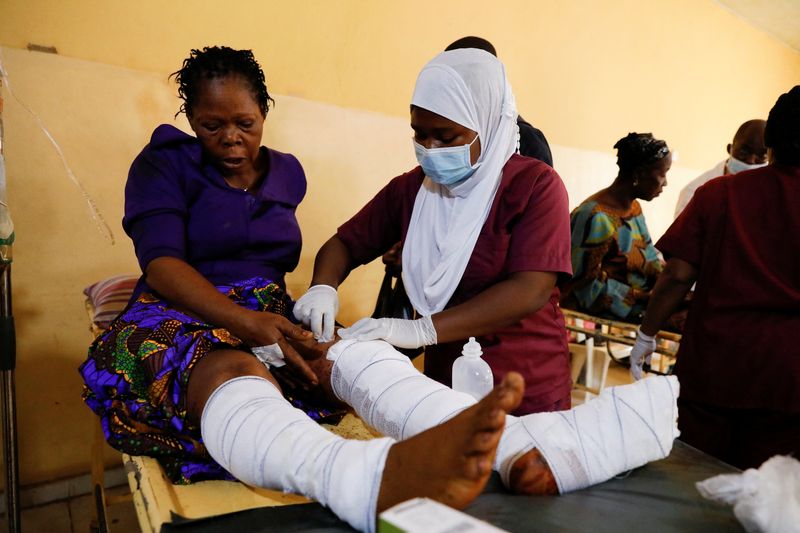 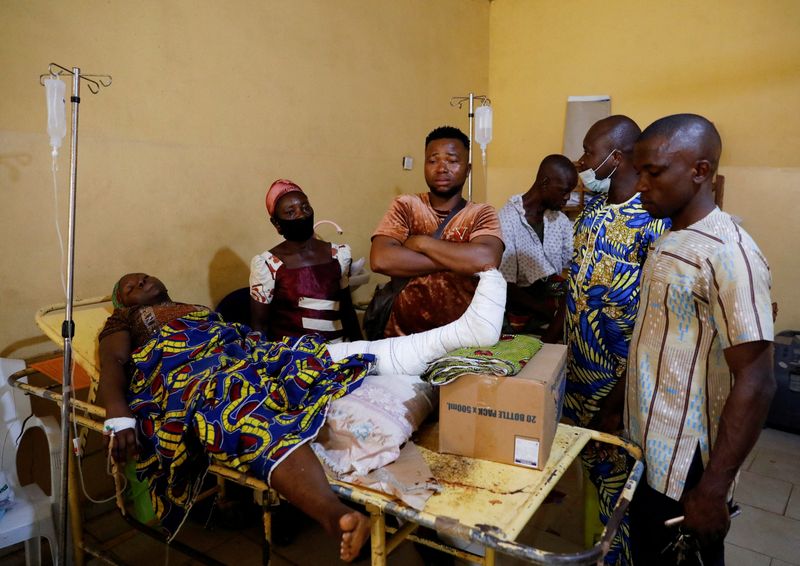 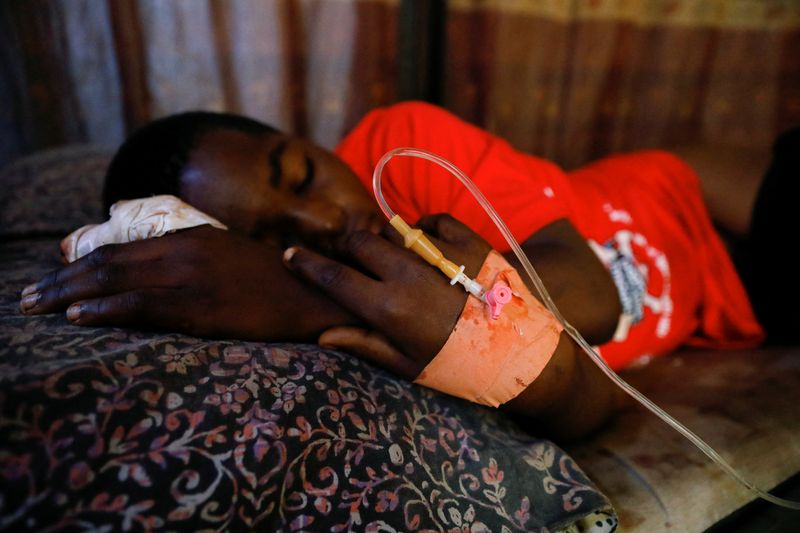