(Reuters) -Russian President Vladimir Putin ordered the government on Tuesday to draw up new budget rules by the end of July to boost growth and help protect the economy from a serious downturn.

“Work has already started on the federal budget for the next three years. A fundamental issue here is the construction of budget rules that not only ensure the stability of public finances, but also contribute to increasing the growth rate of the Russian economy,” Putin said in a televised meeting.

Russia has suspended a budget rule under which it was channeling extra oil and gas revenues into the National Wealth Fund (NWF) during the coronavirus pandemic two years ago.

The finance ministry planned to reinstate the rule, under which it also was also buying foreign currency for the NWF, this year but decided against it after the imposition of Western sanctions that have prevented Moscow from accessing around half its gold and forex reserves.

The sanctions were aimed at stopping what Russia calls its “special military operation” in Ukraine. Instead of boosting the NWF, additional oil and gas revenues can now be spent on any purpose government may choose.

Putin did not provide details of new rules but said corporate and mortgage lending needed a boost, suggesting guidelines could be further relaxed to allow for more state funding to revive economic activity.

The existing rule puts a limit on how and where Russia’s $198-billion NWF can be spent, as the government increasingly needs cash to meet Putin’s promises of higher pensions and social payments and support for large businesses.

In May alone, the NWF spent $4 billion to buy preferred shares of Russian Railways, the country’s biggest employer. Other state entities, including the flagship airline Aeroflot, are awaiting cash support to cope with sanctions.

(Reporting by Reuters; editing by Guy Faulconbridge and Mark Heinrich) 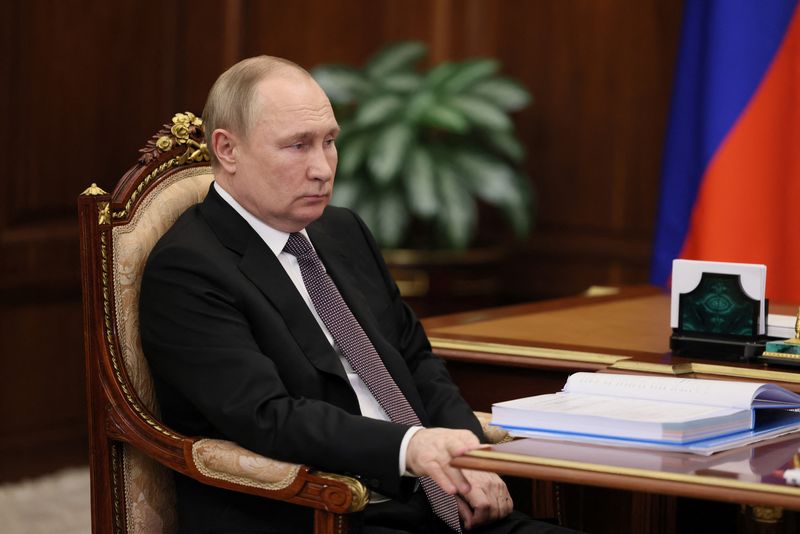