(Reuters) -Ted Baker shares tumbled by more than 20% on Tuesday after the company said its first-choice suitor had decided not to make an offer, forcing the British fashion chain to consider other options.

The preferred bidder – reported to be Juicy Couture and Forever 21 owner Authentic Brands – had indicated that its decision was not because of its due diligence review, Ted Baker said.

The London-listed chain had put itself up for sale in April and in late-May picked its preferred suitor to take the process forward after a flurry of revised proposals as private-equity group Sycamore pulled out.

“With record-low UK consumer confidence, the cost-of-living crisis, the possibility of a recession and shaky equity markets, it is understandable that Ted Baker is desperate for a buyer,” said Victoria Scholar, head of investment at the interactive investor online platform.

Known for its suits, shirts and dresses, Ted Baker is in the midst of a turnaround plan and in May pointed to robust sales in the coming months as demand for office and leisure wear rebounds.

Sycamore had proposed a deal in March at 137.5 pence per share, or more than 250 million pounds ($312.6 million), but Ted Baker rejected its repeated overtures.

The private-equity firm later participated in the initial stage of Ted Baker’s sale process before walking away and it is unclear whether it would rejoin the bidding.

Representatives of United States-based Authentic Brands and Sycamore were not immediately available for comment outside business hours.

Ted Baker, which listed in 1997 under the name No Ordinary Designer Label, is not required by takeover rules to publicly disclose the names of potential bidders during this process.

The company’s market value has crumbled in the past few years after the departure of former CEO Ray Kelvin in 2019 amid misconduct allegations and after the group disclosed an accounting scandal in 2020.

Kelvin has denied the allegations and still owns nearly 12% of the company he founded in Glasgow, Scotland, in 1988 as a single-store shirt specialist. 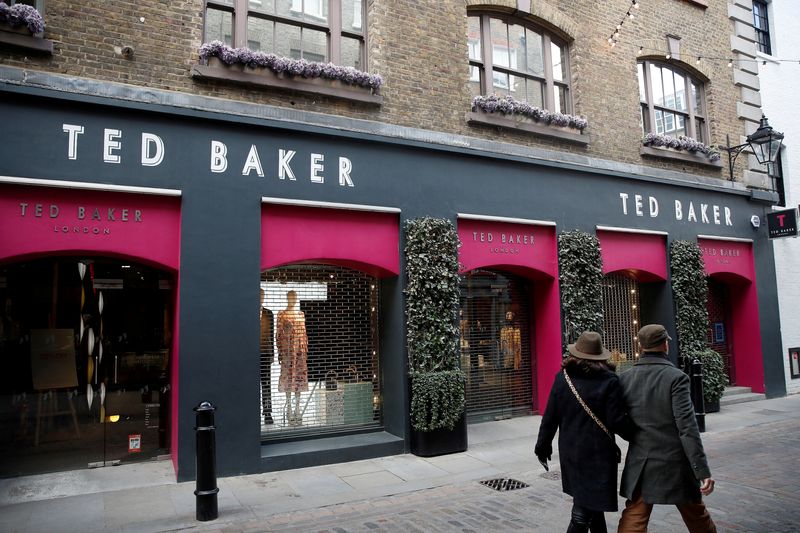