By Alessia Pe and Sara Rossi

MILAN – Sales of green sovereign bonds are gathering momentum after being disrupted by the Ukraine war, with 12 billion euros ($12.8 billion) worth of debt raised in just the past two weeks and more deals lined up for the coming months.

Market turmoil caused by Russia’s Feb. 24 invasion of its neighbour hit sales of new debt, including green bonds, whose proceeds are earmarked for environmentally beneficial projects. As a result, sales of sovereign green bonds are so far some 6 billion euros below year-ago levels, according to Unicredit data.

But that gap had already been 18 billion euros as of May 23, with less than 8 billion euros worth of green sovereign bonds sold compared with 26 billion at that point last year, Unicredit estimated.

But on May 24, Austria took advantage of a drop in volatility to sell its first ever green bond, a 4 billion-euro deal that attracted 25 billion in orders. France followed with its first ever inflation-linked green bond and Germany then reopened a 30-year issue.

“Sovereign issuers probably meant to evenly spread the offer between March and May but had to concentrate in the final period (of May),” UniCredit strategist Francesco Maria Di Bella said.

More is expected for the rest of the year; Netherlands will reopen its green bond later in June, Greece’s first green issue and a new one from Germany are expected in the second half of 2022. A new issue from Italy is also possible.

Green bond markets may receive a major impetus from the European Union. Last month the European Commission published its “REPowerEU” plan to cut reliance on Russian energy and the bloc agreed to slash imports of Russian oil.

The EU is already expected to become the largest issuer of green bonds globally, with issuance of up to 250 billion euros by end-2026 to back the green projects member states will finance through the bloc’s COVID-19 recovery fund.

The plan to wean itself off Russian energy may create more scope for green fundraising.

So far, Brussels wants countries to keep using the EU recovery fund, which has more than 200 billion euros in loans still available.

This estimate, Intesa Sanpaolo says, could be revised up if the Commission decided to issue more green paper to finance the new RePowerEu plan.

While the recent sovereign green issuance uptick coincides with the EU’s plan to cut dependency on Russian energy, those deals were planned at the end of 2021, UniCredit’s Di Bella noted.

But robust demand means “a higher supply of green government bonds due to the EU plan would be welcome,” Chiara Manenti, Intesa Sanpaolo analyst for fixed income, said, referring to the “REPowerEU” plan.

Issuers have an added incentive to tap the green market since such bonds typically pay slightly lower yields than conventional debt, a so-called greenium.

The “greenium” is no longer a given in secondary markets, ING Bank points out, noting yields on existing Dutch and Italian green bonds briefly rose above regular yields in recent weeks.

Yet on the primary market it appears intact – the Austrian and German deals priced 2.5 basis points and 2 basis points below conventional bonds, respectively, while Unicredit estimates the French sale closed with a 3 basis point “greenium.” 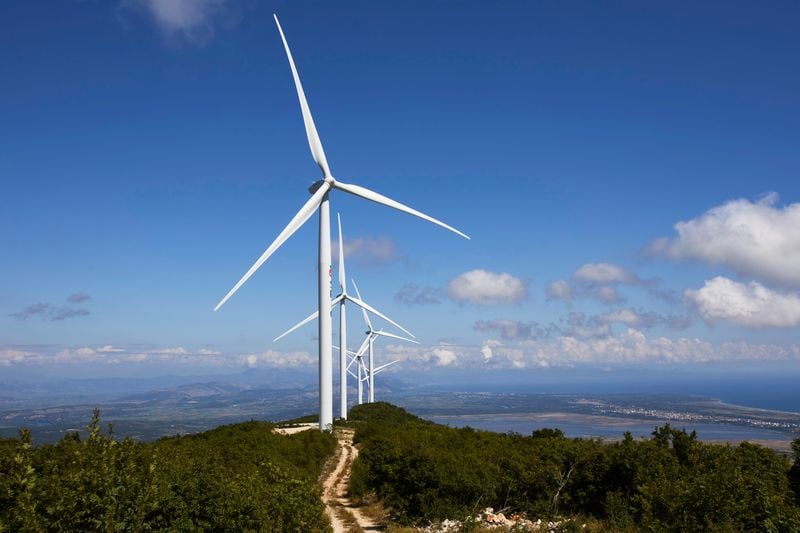