BOGOTA – Colombia’s leftist firebrand presidential candidate Gustavo Petro is too close in recent polls for the comfort of oil companies and miners who worry that his promised policies would imperil Colombia’s economy and energy self-sufficiency, high-ranking industry figures and business associations said.

Petro, currently a senator, told a rally last month that coal and oil are akin to cocaine: “Our three main exports are poisons.” He has won support vowing profound change, including social and economic reform in Colombia, where about half the population lives in some form of poverty.

Petro favors an economy that depends on agriculture rather than extractive industries, leading the Andean country’s oil and gas and mining sectors to rally behind his rival, the construction magnate Rodolfo Hernandez who posted a surprise second place finish behind Petro in the election’s first round.

Petro has promised to stop new exploration for hydrocarbons and construction of new large-scale open-pit mines, and to put an end to investigative fracking pilots and offshore oil and gas projects, some of which already have contracts. The industry has stressed that the income it generates is vital for funding any election promises.

Hernandez, a former mayor, has provided scant detail on energy and mining policies but is widely seen as pro-business. He has urged investment in renewable energy as well as efforts to increase oil and gas reserves.

Petro topped the first-round with 40.3% of votes cast, and trails Hernandez by just a few points in recent polls ahead of a run-off in June.

Some in the industry believe Petro will not be able to slow their operations anytime soon, since the government of current President Ivan Duque has signed 69 exploration and production contracts during bidding rounds.

Petro promises a stark departure from policies of Duque, whose term ends in August, and sources in both oil and coal mining fear a Petro government would make it harder to advance permits to further develop existing operations.

“This is a resilient sector (but) it is inevitable that it will lag in the face of adverse policies or low prices,” a high-ranking oil and gas industry source said.

Oil and mining combined provide more than 50% of Colombia’s monthly exports, according to government figures, and up to 8% of gross domestic product.

Industry figures largely declined to be quoted by name or have their companies identified, saying they feared possible blowback. One said that if Petro wins, he must accept that income generated by mining is vital to funding social programs, which he has pledged to re-vamp to correct profound inequality.

“He’ll be a little more aware of how necessary the mining and energy sector is, to be able to continue investing in all the country’s subsidies,” the person said.

At the end of last year Colombia had oil reserves equivalent to 7.6 years of consumption and eight years worth of gas, according to government figures.

The Colombian Petroleum Association, an industry group, has warned an end to new oil and gas contracts would endanger energy self-sufficiency and herald a costlier future of energy imports. It would not comment on individual candidates.

An oil and gas industry source who declined to be named told Reuters they would much prefer Hernandez.

“The first round was encouraging,” the source said, adding the industry could survive a hostile government.

“A four-year hiatus on bidding rounds will not be the death of the industry,” the source said, adding everyone has “more than enough (oil and gas) blocks to be getting on with.”

It is unlikely Petro could reverse contracts that have already been awarded, but sources in oil and mining worried he could increase red tape.

Both candidates have said they oppose fracking for hydrocarbons but anti-fracking activists are leery of Hernandez. A former mayor of Bucaramanga, the capital of the province where two investigative fracking pilot projects are set to take place, he had initially supported the endeavors.

“We hope that whoever becomes president, that their commitment to the environment translates into suspension of the pilots and the prohibition of (fracking) in Colombia,” said Carlos Santiago from the Colombia Free from Fracking Alliance.

Majority state-owned oil company Ecopetrol, which will operate the pilot projects, and partner Exxon Mobil declined to comment on the candidates’ positions.

The Colombian Mining Association (ACM) was furious after Petro linked coal to cocaine, calling it “irresponsible and above all disrespectful,” in a message its president Juan Camilo Narino shared with journalists.

Colombia is a major coal exporter and shipped almost 60 million tonnes in 2021, according to the government’s DANE statistics agency. Narino said mining is essential to Colombia and the world.

Colombia would have to grow its agricultural sector six times to match the economic contribution of mining, according to the ACM.

If Petro wins, mining operations “are going to suffer serious slow-downs, serious setbacks that really scare the investors,” said a source who asked to remain anonymous.

Hernandez, by contrast, would be “good for the (mining) sector, good for the private sector,” the source said.

However, with Petro and Hernandez both emphasizing the need for renewable energy, things could be looking up for copper exploration efforts, said Collective Mining executive vice-president Ana Milena Vasquez.

“Both candidates propose an organized energy transition and we’re convinced that, due to copper’s importance, the exploration of this base metal will receive support from the next government,” Vasquez said. 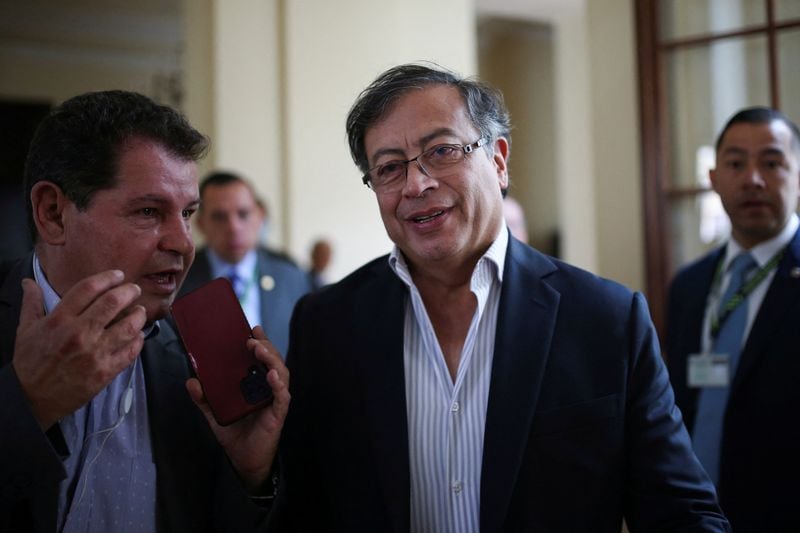 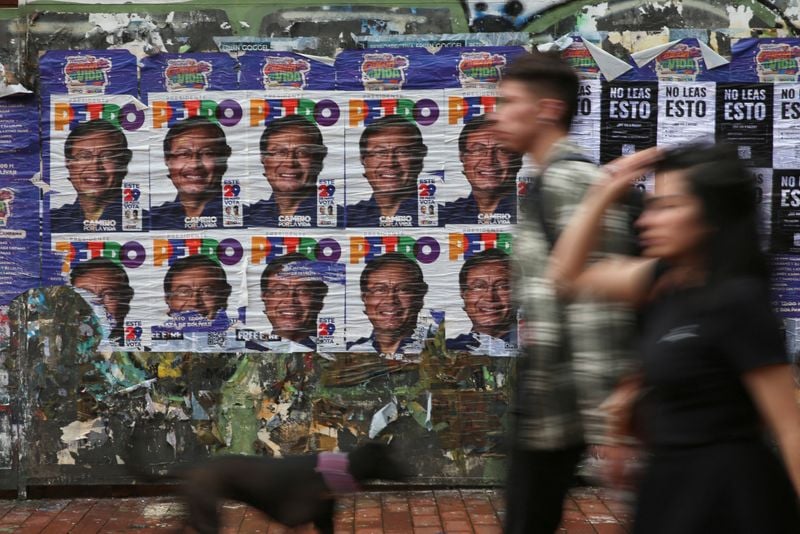