Speaking from Air Force One en route to the Summit of the Americas in Los Angeles, Biden reaffirmed that Washington is willing to “calibrate sanctions policy” on Venezuela in accordance with the outcome of the Venezuela talks. Maduro, who has been excluded from the summit, has not yet agreed to a date to resume the negotiations.

Washington recognizes Guaido as Venezuela’s legitimate interim president, having rejected Maduro’s 2018 re-election as a sham. But the Socialist leader remains in power in the OPEC nation despite tough U.S. sanctions.

The Biden administration has refused to invite Maduro’s government, along with Communist-ruled Cuba and leftist-led Nicaragua, to the regional summit, citing their human rights records and democratic shortcomings.

Biden “expressed his support for Venezuelan-led negotiations as the best path toward a peaceful restoration of democratic institutions, free and fair elections,” the White House said in a statement.

Washington has said it would be ready to ease Venezuela sanctions depending on whether there is meaningful progress in the talks, and in recent weeks has taken modest steps to soften Venezuela policy in a bid to facilitate renewed dialogue.

Maduro abandoned negotiations with the opposition in Mexico City in October, but after a Caracas visit by a high-level U.S. delegation in March he signaled he was willing to return to the table.

(Reporting by Matt Spetalnick in Los Angeles and Vivian Sequera in Caracas; Editing by Leslie Adler and Bill Berkrot) 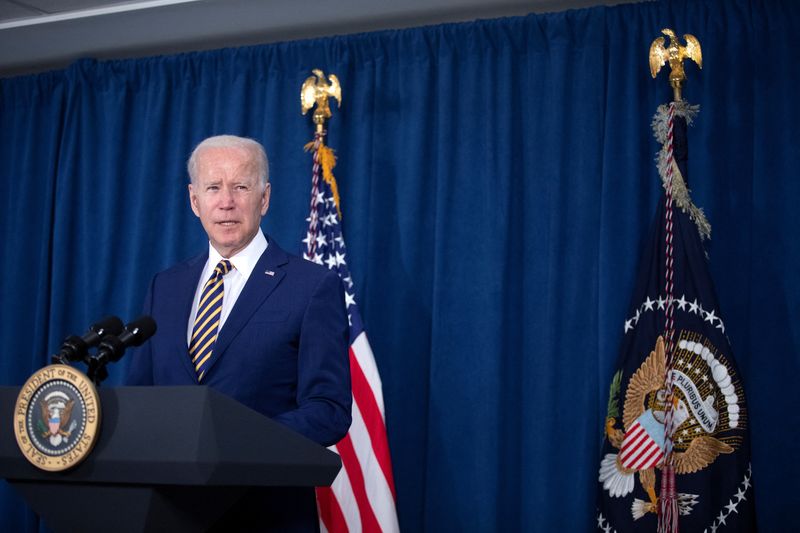