Logistics efficiency has dropped, supply chains are not running smoothly and soaring raw material prices have put firms involved with international trade under pressure, Wang said at a press conference in Beijing.

“We must be clear about the uncertainties for foreign trade while the global economy recovery remains fragile and demand growth is still slow,” Wang said, adding that rising global inflation will reduce consumer spending on foreign goods.

The measures are in line with the cabinet’s previously announced policy of boosting foreign trade through export tax rebates and ensuring smooth shipments of key components and equipment.

Exports in May likely grew 8% from a year earlier, accelerating from a 3.9% expansion in April, while imports were expected to have risen 2%, according to a Reuters poll. Trade data will be released on Thursday.

China will keep its currency reasonably stable and strengthen the yuan’s flexibility, Zhou Yu, an official at the People’s Bank of China, said at the same press conference.

(This story corrects in paragraph 5 start of Shanghai’s full lockdown to April, not March) 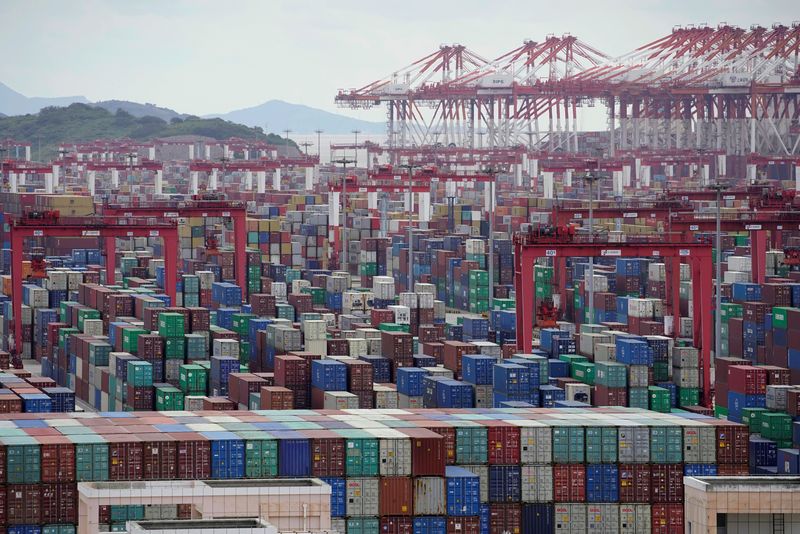