NEW YORK -U.S. inflation could remain above the Federal Reserve’s targets for a long time based on current projections, and there is a risk of inflation expectations “de-anchoring,” International Monetary Fund First Deputy Managing Director Gita Gopinath said on Wednesday.

Based on current projections of what the interest rate path may be, inflation will stay above the Fed’s 2% target “for a long time,” said Gopinath, speaking at an online event hosted by the Financial Times.

“That’s an environment that we’re not used to being in, you could risk their inflation expectations de-anchoring,” she said.

Gopinath spoke of an “incredibly narrow” path that would allow for the tightness in goods and labor markets to unwind without rates rising much more.

However, she said, “overall, the risks are towards the possibility that this will require much more steeper increases in rates.”

The Fed has raised rates twice so far this year and 50-basis point hikes are priced in for both its meeting next week and the following one in July.

U.S. Treasury Secretary Janet Yellen said separately on Wednesday that the current annual inflation rate of 8% is “unacceptable” for the United States and 2% is an “appropriate target.” 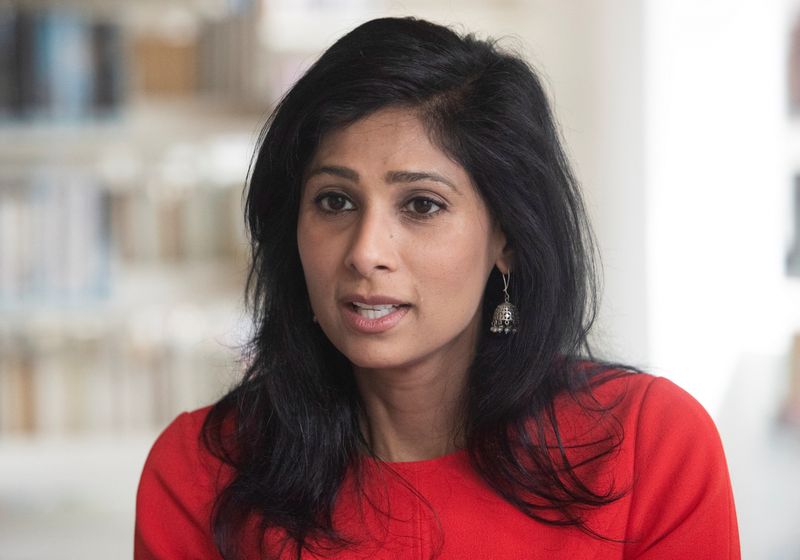